New battleship on it's way

Now when I'm just about to buy a new battleship I realized that I have only talked about fishing,not with what kind of ship I'm hunting out there.
It all started about two years ago with some light interesting in fishing from a kayak and after a year of study on internet I finally decided to go for it.
My choice was a Wilderness system Commander 140 which is not a just a SOT kayak,it's more a hybrid of a kayak and canoe but  man i was happy when I loaded it on the roof on my car and if possible even more happy when I next weekend went out for my first ride,hard to describe the feeling but I knew that this was my way to go,and so it is even today even if I sometimes go out also with my boat. 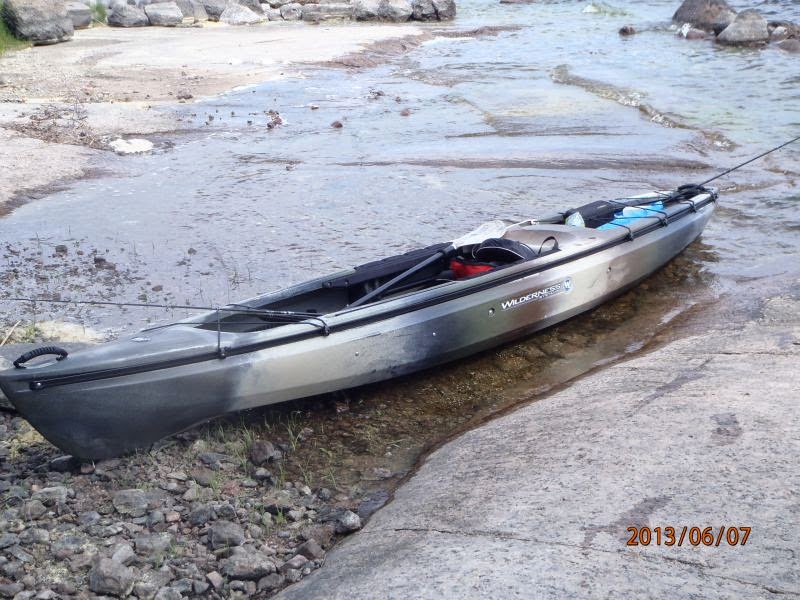 I had for example in years planned a trip to were we had our childhood cottage but not before I had my kayak  I finally managed to fulfill this trip.
Also noticed that even if I had fished at same areas for many,many years I now with this battleship found something new at every trip on the same areas.

After couple of days with just enjoying it was time to "pimp my ride" with rod holders,sonar and anchor trolley.Had me some wonderful times with this setup. 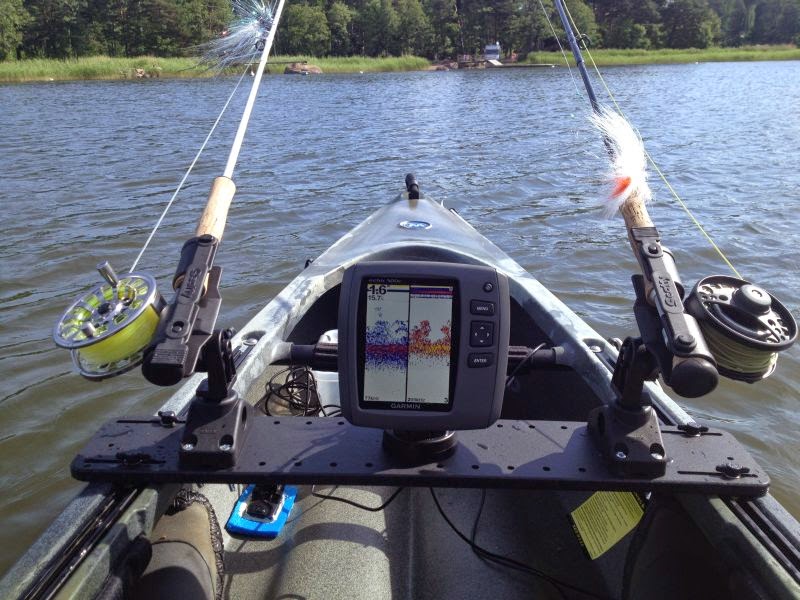 Anyway,sooner or later it was time to add something I had not copy from anybody else
After some decent fishes and shitty photos I just moved my solution from my boat to my kayak.one of the best I've ever done,cheap and useful. 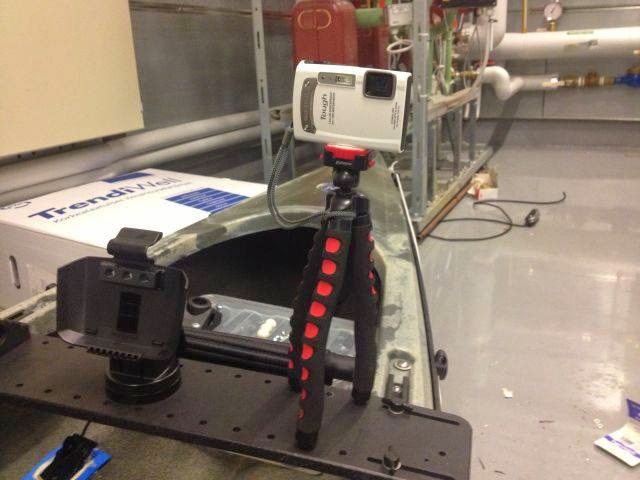 As you can see I had to remove one rod holder,would have done it anyway,have learned that less is more when fly fishing from kayak.

Fished almost every trip from kayak last season and had a awesome season,made some longer trips in summertime and as result of them I noticed that it was not just fishing that was nice,it was the feeling...

A stroke forced me away from water completely and even a long time after that I had to go fishing with my boat but never stopped to dream to get back in my smaller battleship,and thank's to our very mild winter I had my chance to get back,oh man what I enjoyed that.

One thing I also noticed except awesome fishing is that I have started to see our archipelago in totally new way which has lead to that I have been interested in photography too beside fishing which suit me fine,if fishing is shit I can always concentrate me on taking photos,maybe you have noticed that I have less trophy photos to show :)

Anyway,my Commander is heading for a new home and a brand new Wilderness system Ride 135 is heading home in a 2014 new camo color.
Ride 135 is a pure SOT kayak,15 cm shorter,6 cm wider and also six kilos heavier than my battleship.couple of kilos more carrying outfit too.

I'm gonna be a little bit wiser with pimping this one with no useless stuff added to this one,undressed my Commander pretty much too,a fly line had all attributes to tangle on every place it's possible.

Anyway,forthcoming weekend I will be out both Sat and Sun not just fishing but testing my new battleship thinking and planning were to mount all necessary things.