So,fishing season is on for real after a long wait.Started April 27 and now on May 5 already three sessions left behind.
I was at May 1 fishing for pike with my younger brother from floating tube,his first time btw.

Not much to tell you about that one,nice sunshine,heavy wind and murky water,fished for several hours before any contacts but it was nice anyway,first pike session for me too this season,a big surprise for me was that even if there was some ice at shore on that morning the spawning was on,as usual I DON'T WANNA DISTURB so we left alone those places were I know pikes are spawning,which made our fishing a bit difficult but who could complain when we had a weather like this. 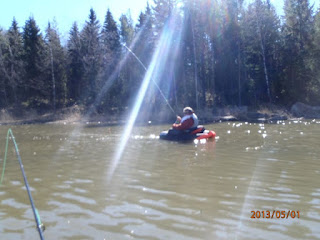 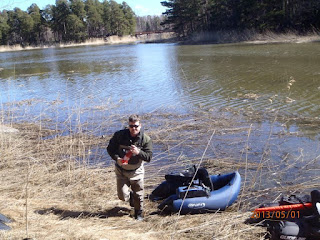 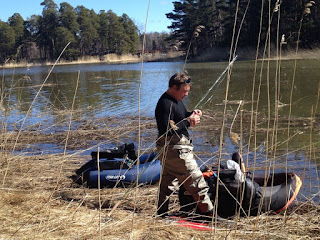 And three days after that I was at Langinkoski again with Espoon perhokalastajat ( my flyfishing club) chasing for something silver flanked.
This time I had a blank draw but my friend landed one just before I was to leave home. 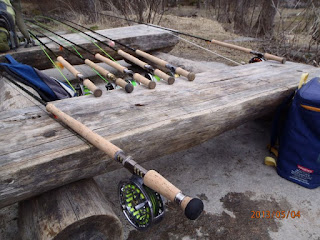 So at least I saw one.It was probably my last  session with a DH-rod for this season,would love to be back next spring,a nice way to start the season before pikefishing.

Spawning is on so today I wasn't first on my way anywhere but about 8 am I decided to go out floating anyway to the places I use to  be fishing,but of some reason I don't know I decided to check out a road to a bay near my childhood cottage which was a fishing paradise for about forty years ago.

It wasn't easy to find out how to get down to the shore but after some driving  and with some help from a gentleman I found myself down at the shoreline watching at a place that really smelled pike. 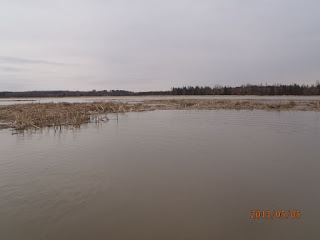 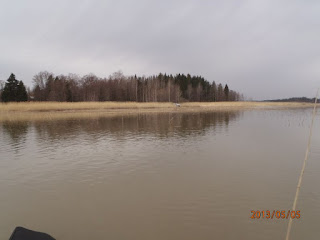 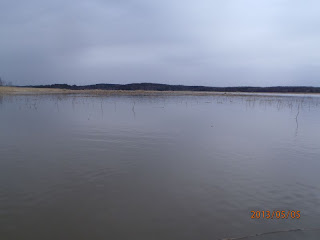 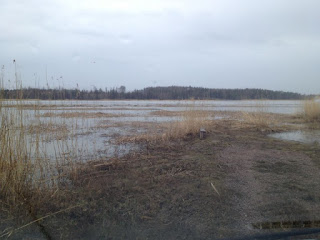 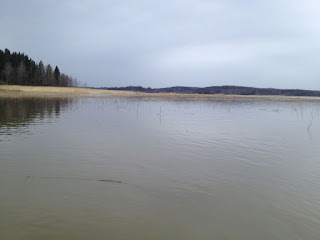 I have probably never change clothes and jump into my floating tube so quickly as I did.
As I mentioned the spawning was on so I left the whole area of shoreline alone and went out to deeper water and no long before I landed a small bugger with my new pink/chartreuse fly,well,actually I didn't land it,I dropped it just behind the tube.
Mostly I just floated around study places but will be back here for sure,with better time and when spawning is over,also hoping for some clear water or at least not so murky as it was.

Now I'll have to wait a long week before I will be able to fish again,got some plan to discover a couple more places before summer and have some big plans even for the summer,hopefully I will be able to fulfill them.
Lähettänyt Unknown klo 18.34 1 kommentti: