Even if it looks kinda hopeless at the moment I have noticed some signs of hope that we really going the right direction and hopefully we got open water soon.
It has felt a bit strange because I haven't climbed on walls in await to get out fishing as I use to do this time of year,have had so much fun behind the vise tryin out new materials and working on my man cave.
It is a bit early to talk about any expectations for next season but some things has has really worked it's way under my skin....
Things I hope to be able to do next season is definitely to find couple of new spots to fish,already studied maps....Hopefully it will pay of.

Just mentioned that some things has worked it's way under my skin and one and also biggest thing of them is to fly fish for perch.
I would lie if I say that the ongoing competition "Perch Pro" on  Kanalgratis.se Youtube channel has not affected me on that case,especially the performance from the Vision/Fly-Dressing team is really increasing my interest to give it a serious go on the forthcoming season,got some flies tied already.
One episode to go of the competition.
Watch previous episodes,really worth it.


Feb.10 Kanalgratis.se is releasing Fly VS Jerk 8 on Youtube which also is a "must see" for me.
Hopefully I get some ideas for my pike season too
Lähettänyt Unknown klo 9.33 Ei kommentteja:

2016 was a nice memorable season for me,not many big fishes landed but many good ones,and a new milestone made,think I never been so much on the water before and not a single blank trip either.

Went thru my pics from 2016 the other day and decided to make a short fast clip of it,no fancy editing or other refinement,so here it is,hope you enjoy to watch. 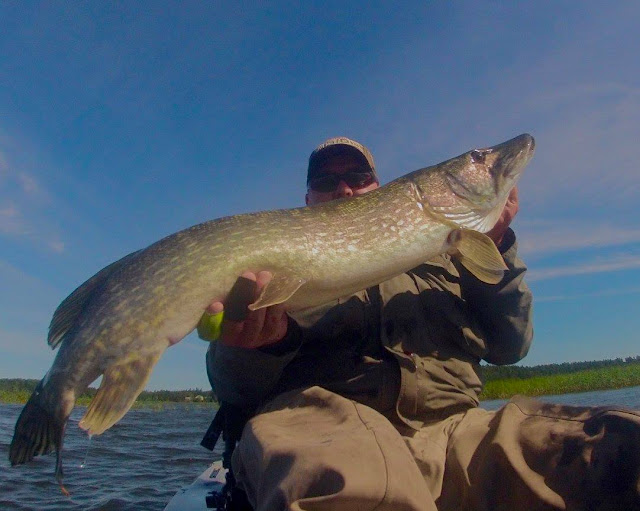 So,It's a new year and time for new tricks.
Winter time has always been a painful time when waiting for open water,so even this year but not as bad as usually for many different reasons.
I have been able to get my hands on so many new very cool quality tying materials which has been one huge inspiration source for some tying. 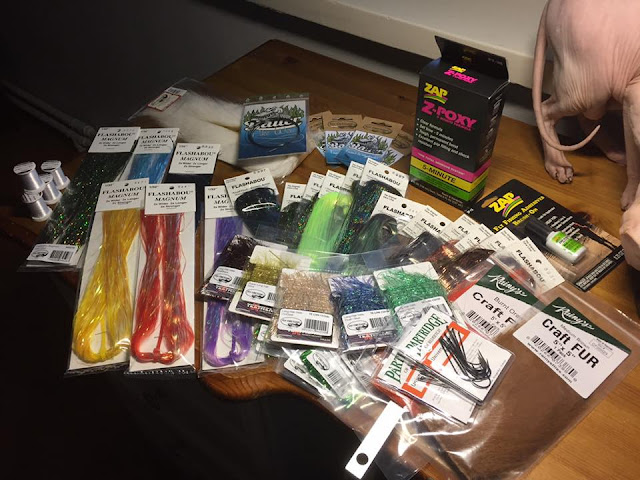 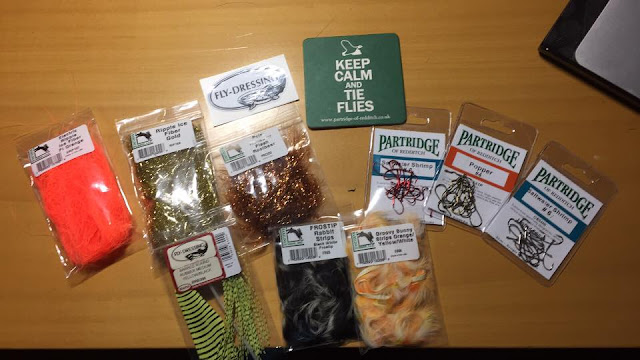 If I have to name some of the coolest materials my first choice would be Harelines Ripple ice fiber in both UV and "normal" versions,gives a good extra for the fly,especially in the headpart of it.

Next material I also like very much is Hedron Magnum flash in pearl dyed colors,a very cool addition to the Magnum flash family.
They don't may look like much in package but think it's cool to blend some strands of it with normal colored flash in your flies.I love it. 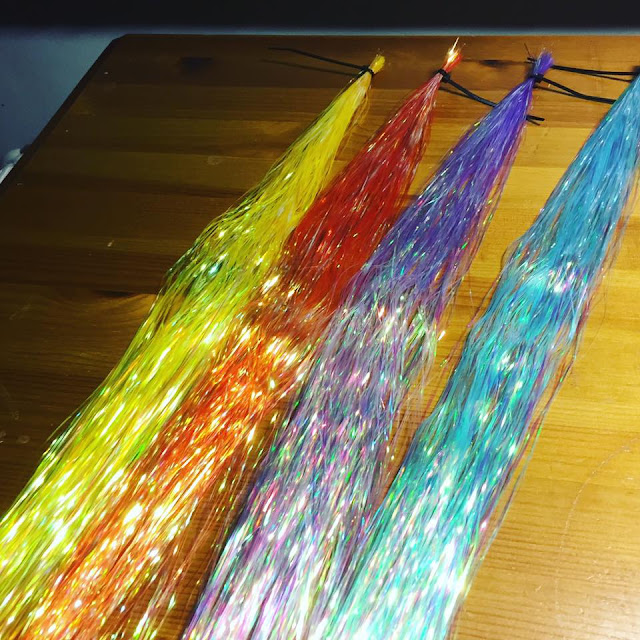 In my opinion this type of flash is to give more volume to the fly,I have added the blue and/or lavendel color to Holo silver for example,but of course you can use it as "main flash" too
Yellow suits Holo yellow or gold,looks cool in green also,many possibilities imo. 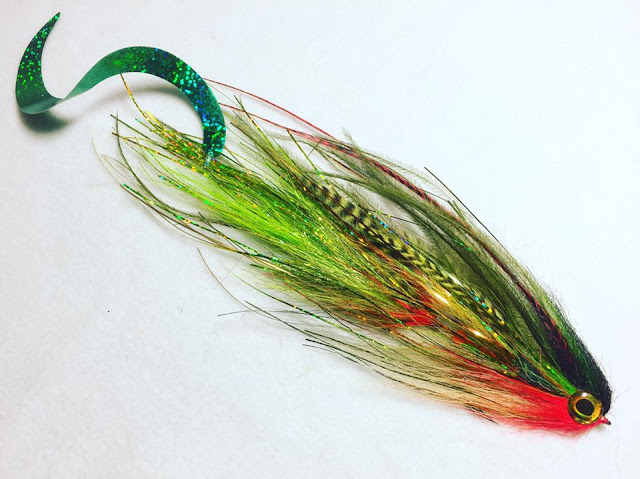 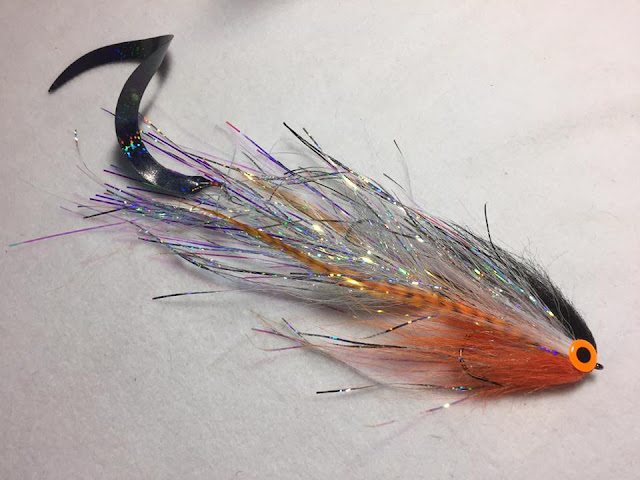 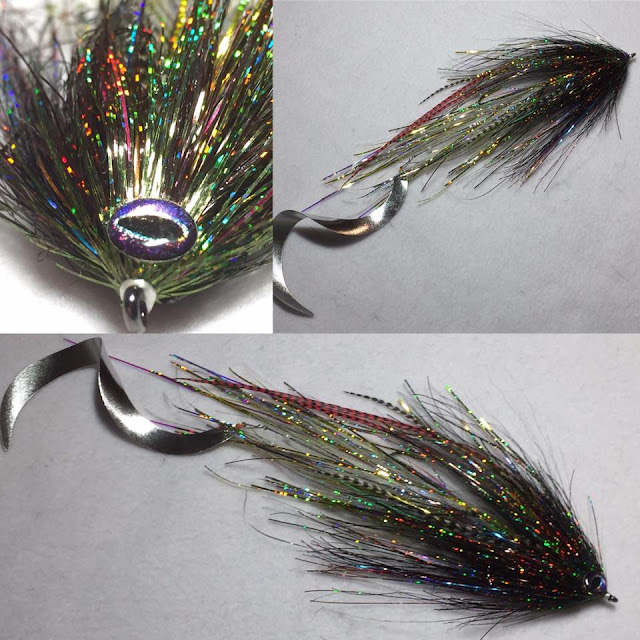 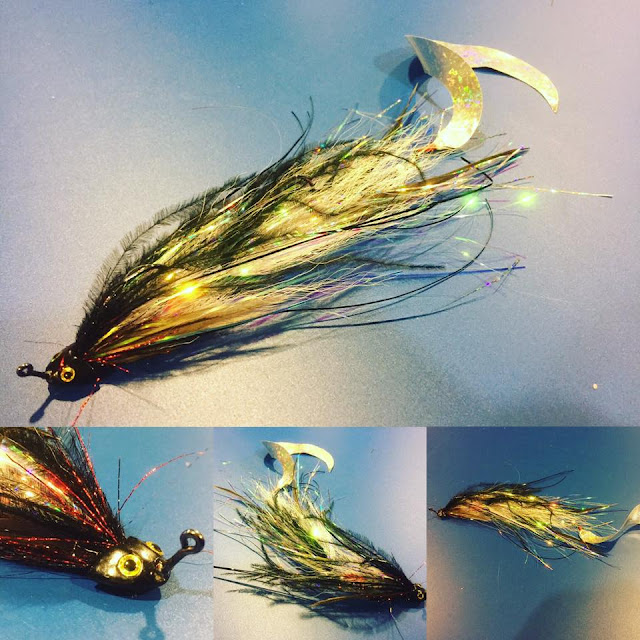 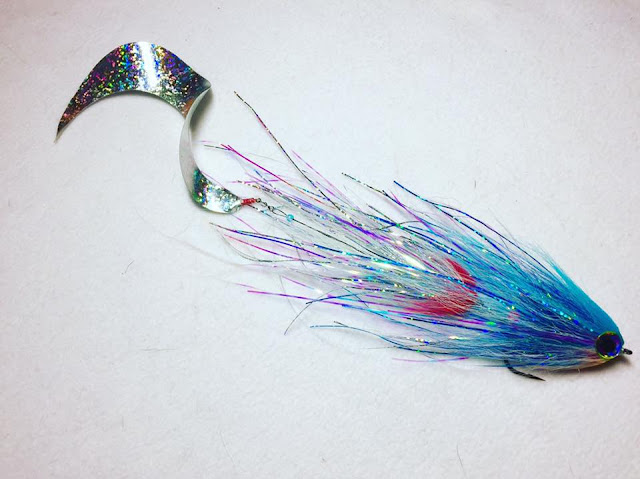 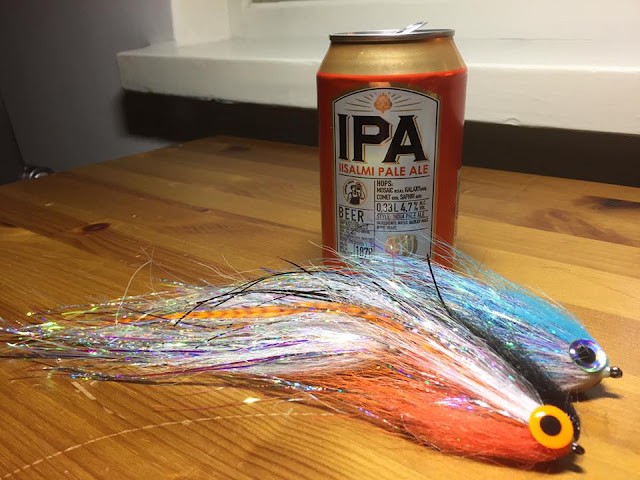 Think you can see it best on the two flies posing with a beer can,

Third cool material which need to mentioned is body material for my pike flies called  Polar reflector flash from Hareline,a chenille/brush..whatever you wanna call it, 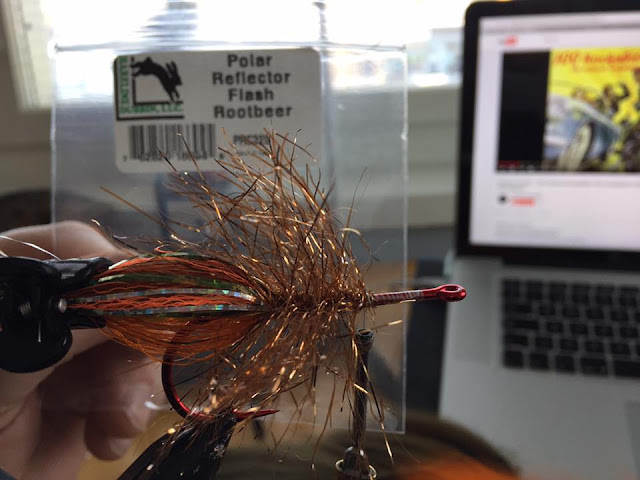 I really like this chenille a lot,so soft and easy to wrap around the shank,a new favourite for me.

As you can see on the pic above there's a red hook,a Partridge hook made for Vision ? Called  Big Mama,thinner version is called Big Daddy,Anyway,nice to have options on that front too 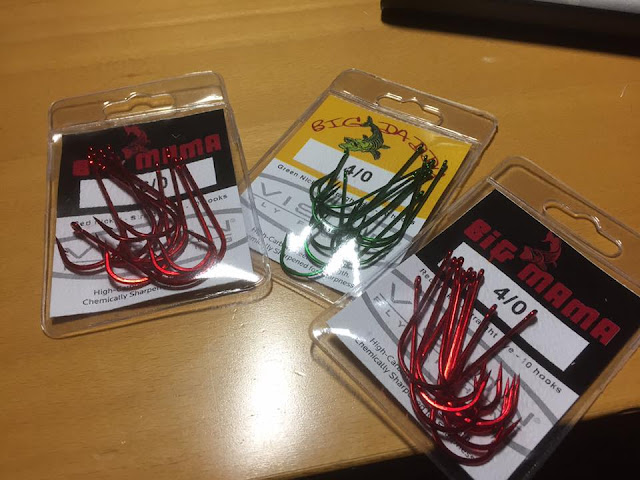 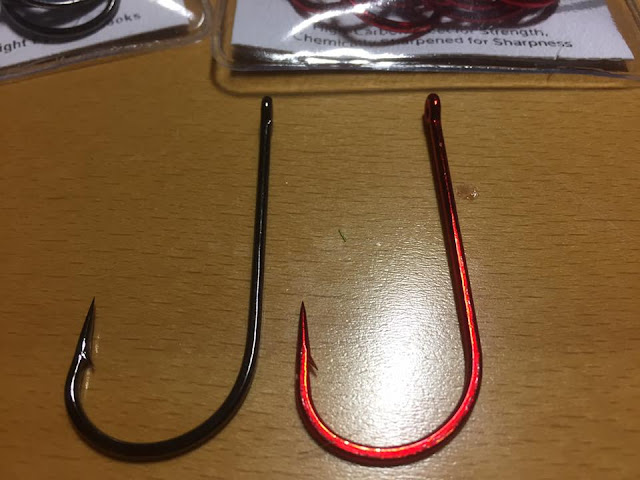 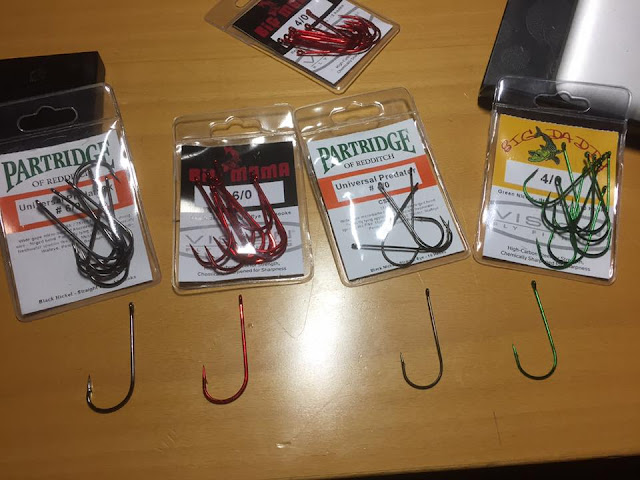 Look similar to to Predator and Predator X

Last but not least I got some shrimp hooks in size 6.Partridge CS 54 which I just had to try to tie on.
It's a long time since I was dragged so far from my comfort zone but...it was fun but still think pike flies are more of my thing. 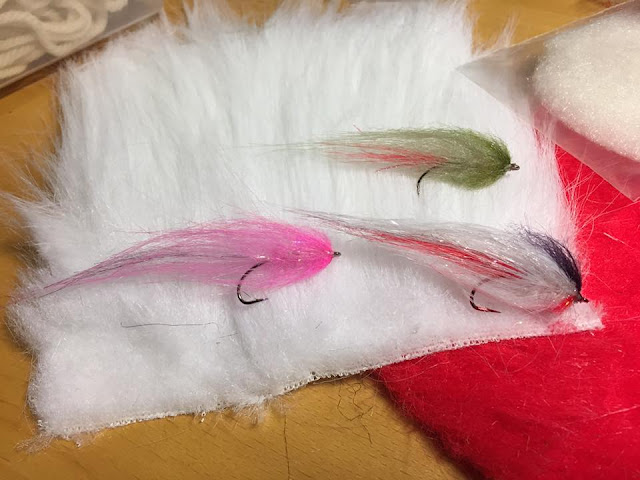 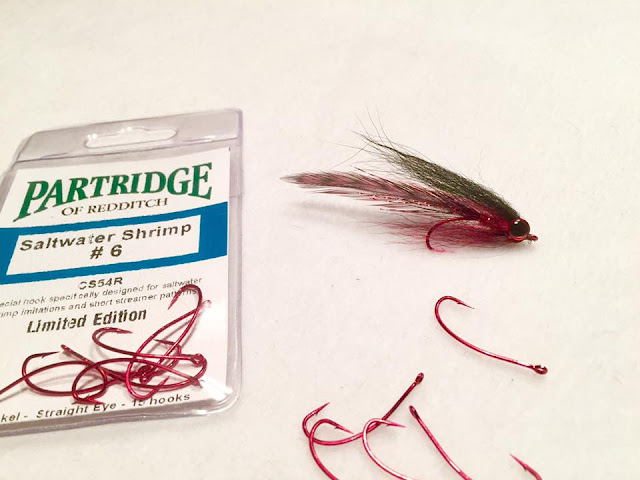 That's all for now,while waiting for open water it's good time to check out Perch pro 2017.
As a fly guy my sights laying on team Vision/Fly-Dressing Who's actually fish so well that even I feel the raising interest for perch fly fishing.
Soon it's also time for Fly VS Jerk which also is a "must see for me" coming in February.

You can see both competitions here ---> https://www.youtube.com/user/kanalgratisdotse