It might have been wise to wait yet another week with the opener but I was stubborn enough to study maps and chat with friends to find some open water and after a week long planning I decided not until late Friday night where to go on Sat morning,I had a few options and choose the one I was sure to be able to launch my yak from.
Sat morning...alarm clock was set to ring 4.10 am and once again I felt amazed how cheery I was.
Made some coffee and food and was on my way long before sunrise. 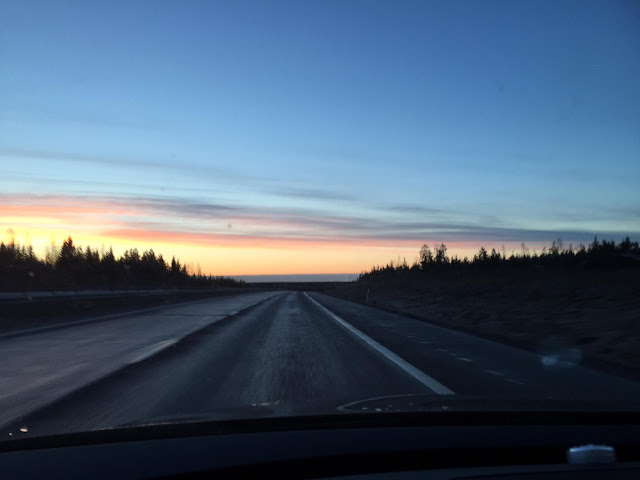 Weather was crispy,-5 degrees but a light breeze made it felt much colder.
At shore it felt even colder and for a second my thoughts went home to a warm cozy bed but when my kayak glide out for the first time in four months I forgot the cold,instead a wave of happiness just pounced over me.
Because I knew almost every bay was still ice covered  I had set my sights on a cluster of some small islets a bit out from the shore were I thought I would be able to fish.
2.5 km paddling against the increasing wind was a tough task but after a while I arrived to a small sheltered bay were i decided to start,have to mention it was the first time I was here so had no high hopes to catch anything,of course I had no ideas of any hot spots either.
Place looked good,it was much deeper than places I use to fish so I fished almost only with sinking lines,only closer to the shore I changed my setup to a intermediate line. 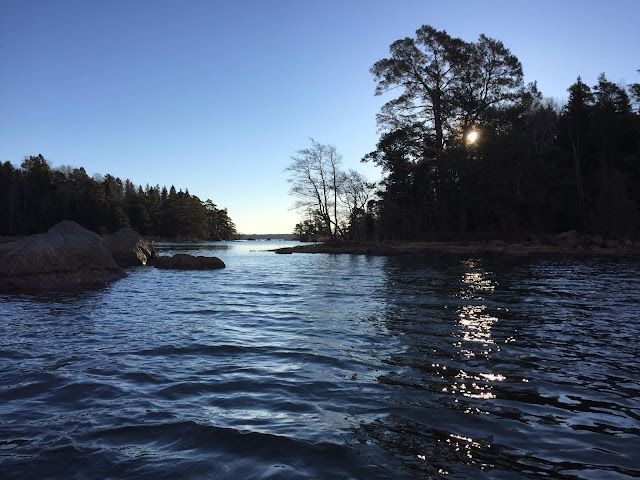 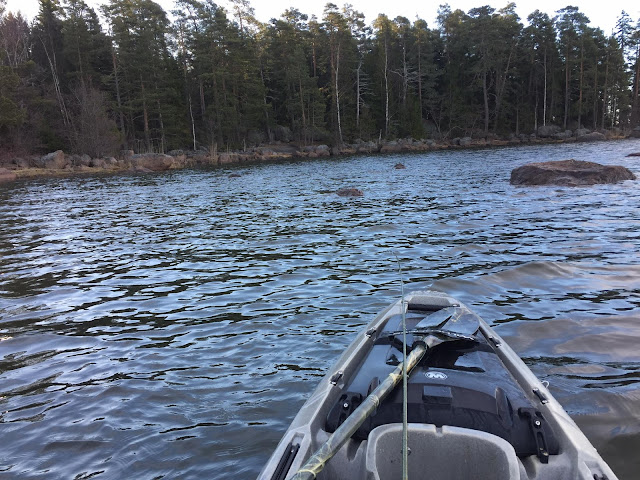 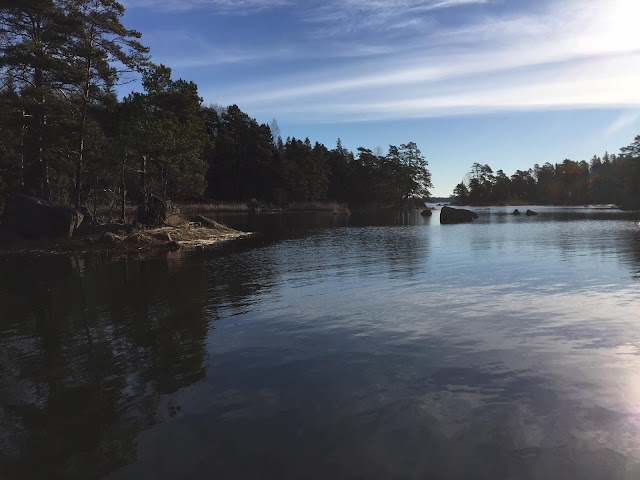 Feeling of the first cast.....Can't describe the feeling,it felt so good...
The wind had turn to very fresh now so I decided to fish between these islets were it was warm and shelter,also I had some nice sunshine.
Amazingly deep areas in here too,couple of times my 10 m long anchor line wasn't enough so I fished also from a drifting yak time by time.
As I wrote earlier I had no well known hot spots here so I tried to fish very carefully this area and after maybe 30 minutes I felt that familiar feeling at the other end of the line,FISH ON,felt it wasn't a big one but at least I had the monkey of my back. 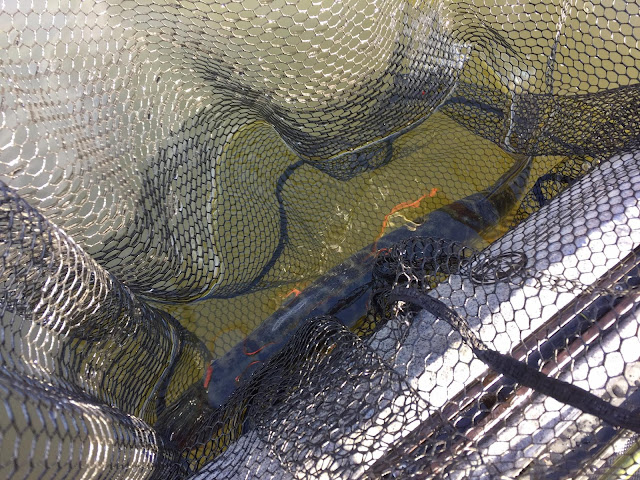 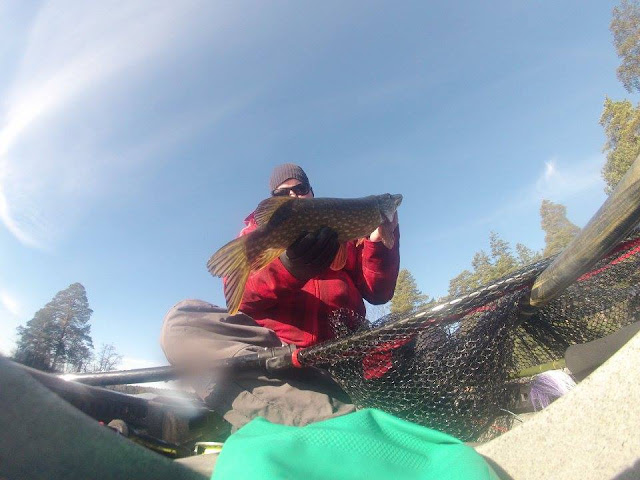 Quick pic and release,now when the game was on it was time for something to eat.
Sandwiches,sausages and some blueberry mineral water,not much but to sit here at the shore in sunshine listening to the silence makes every meal taste so much better.

Not much more to tell you about,fished,eat and repeat was the name of the game,landed four more jacks which I think is a good result on a place I never been before,took some pics too. 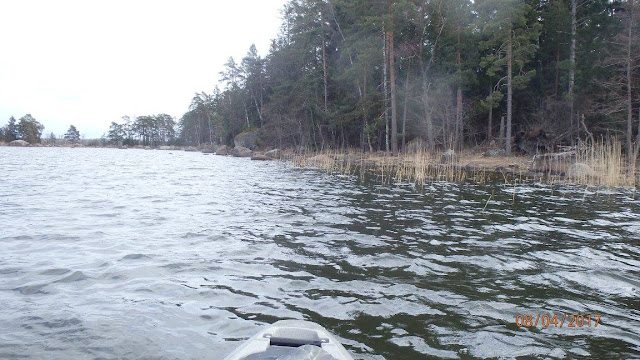 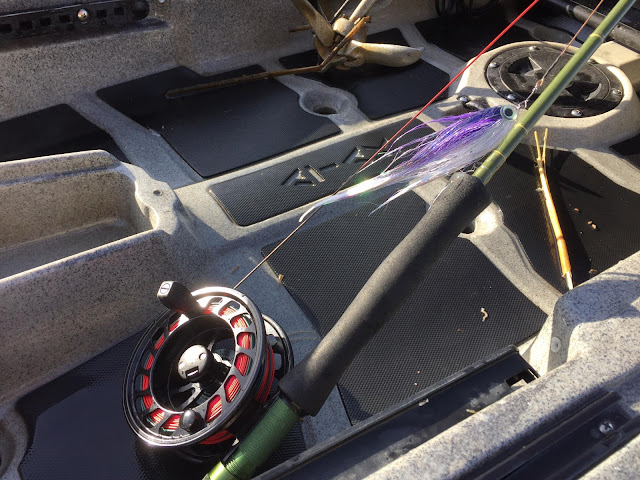 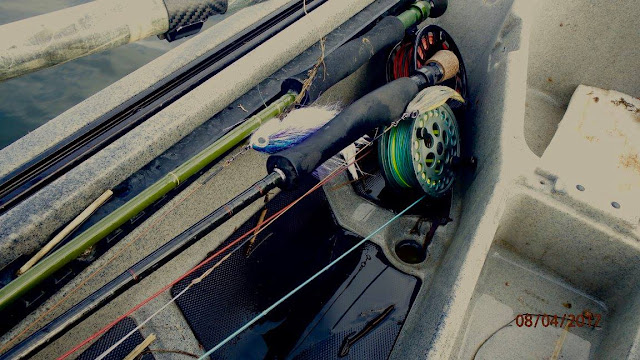 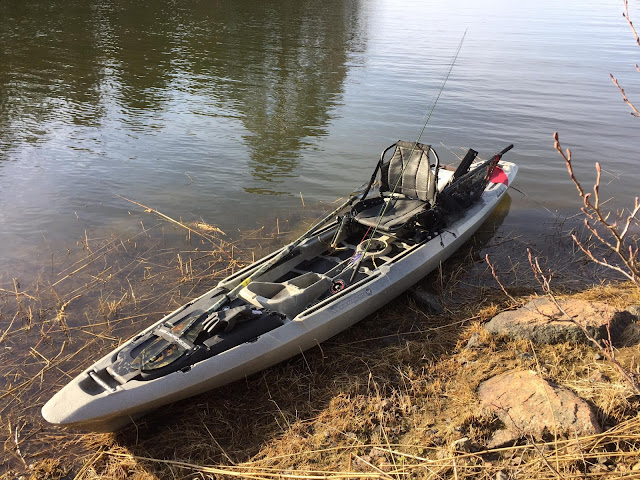 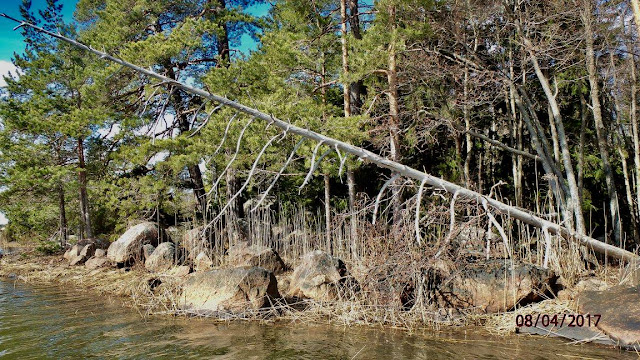 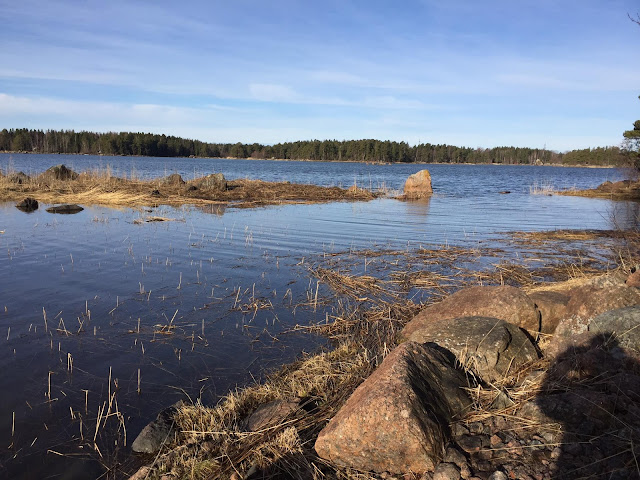 Would have been nice to explore this place more but strong wind and a too short anchor line made me decide not to.
Got some hopes I might get out to my regular spots next weekend but if not,this is a place I gladly fish again,also found another interesting looking place while study maps,so I got some more options to choose from.
Lähettänyt Unknown klo 9.14 1 kommentti: