Hi guys.Had so many video clips and you know my lazy bones....
Anyway made a quick compilation of my latest fishing.
So....Enjoy =D 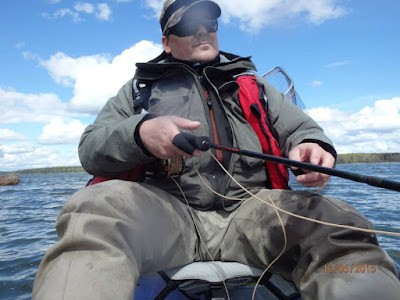 From a vision to reality

Don't know about you guys but sometimes I can get me a crystal clear vision in my head of a fly.
These "visions" usually shows up after I have seen some other Pike brothers creations.
Don't get me wrong here,I'm not a copy cat but of course I get inspired of others color combos,patterns or tying techniques.
Sometimes it's kinda frustrating when reality shows up as totally different as it was meant

Anyway,I got a vision couple of days ago and took some pics every now and then,there came some small changes on the way but overall I was happy with the result. 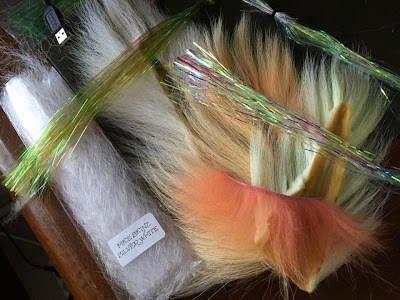 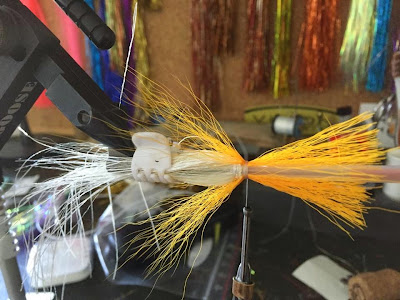 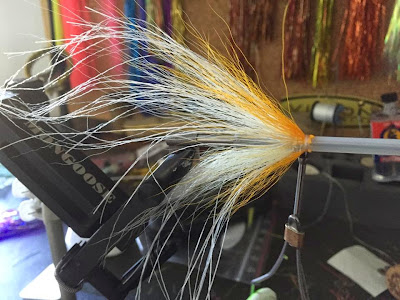 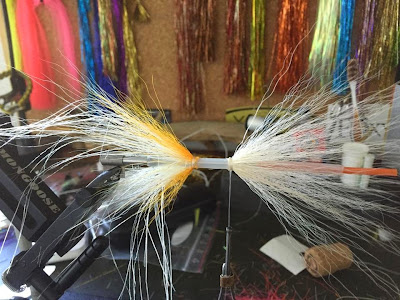 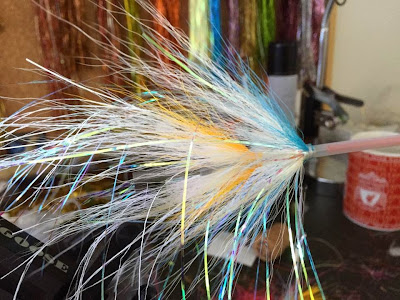 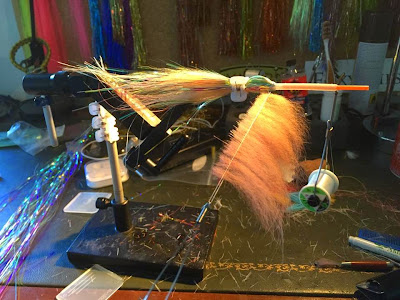 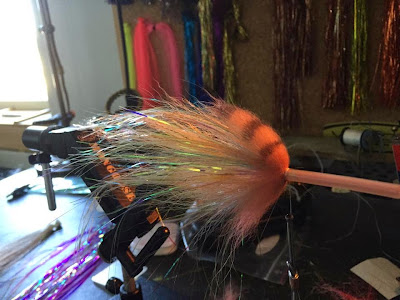 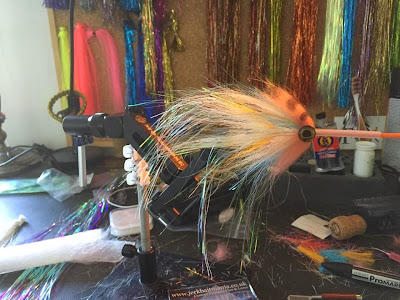 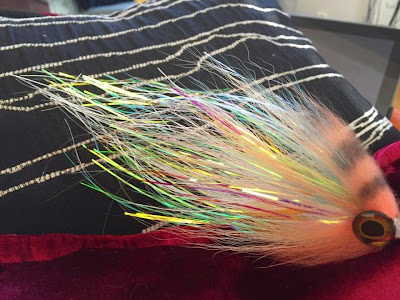 This will be fished with a Wiggle tail (Like almost every fly at the moment) and will surely get a chance.
Lähettänyt Unknown klo 14.00 3 kommenttia:

Sorry for a late post but have been very busy at work and totally exhausted lately but better late than never.
Had some awesome fishing here couple of days ago with over twenty landed and a whole bunch dropped fishes too.

My fishing started kinda slow,it took me almost an hour before my first fish was landed but after that one it was a almost constant rally going on,secret was to fish in right depth,which I found out by mistake.
Had in mind to dust of my Vision Big Mama rod and thought I could fish with Vision SloMo line on some shallow areas I had planned a day before.
Afterward thinking it was a bit of luck I tangled my intermediate line so bad I thought I need to solve it out later with better time and started to fish with my SloMo line even on deeper areas but added a XXL-conehead in front of it and luckily it worked out very well.
Forecasts almost screwed up everything again.Early in the morning when I was drinking my coffee they promised 3-4 m/s wind from west and yes,it blew from west BUT 10-12 m/s was closer truth which made me change my plans couple of times,annoying......
Also water level was on the rise so yes.....had a good feeling right from the start and have a nice session after all.
All landed were jacks,probably those dropped were small too except one who almost scared the shit of me.
Was already on my way back and let my battleship drift making some casts every now and then when suddenly someone came from under my yak and hammered my fly,wasn't really focused and with just the leader and 30 cm trace wire outside the rod tip made this fight no more than maybe 10 second long and the pike took this round,not a monster but a nice maybe 6-8 kg ma'm.

Don't know why I dropped so many fishes and won't make any scientific analysis about it either,they wasn't meant for me and maybe I'll catch them another day.I had fun,end off.
Talkin about end off here I will end this post with some photos.Got me some video clips too which need to be edited before I load them  up on youtube. 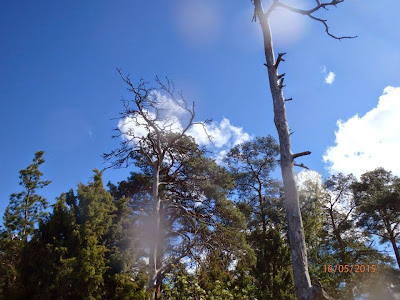 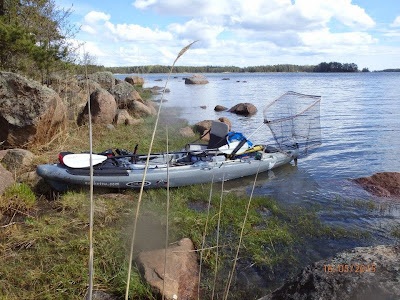 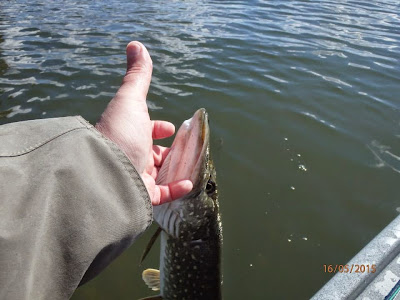 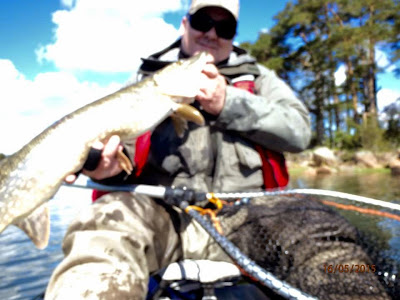 Was fishing last Friday for a couple of hours and even landed a few fishes in a very strong wind,but even if the wind was strong it was pretty warm outside and as I predicted pikes were spawning in shelter areas.
Don't wanna disturb them so decided to stay at home this weekend and set my sights to next weekend and hoping the spawning is over

Anyway...of course there was some things that was need to be done,and while I was sorting out my flies I noticed that so many flies that has worked so well had collapsed and looked more like a nail than a airy soft fly with big volume as they were tied to some time ago.
That's when I remember a tip I got from the GoExpo fair earlier in the spring.
Instead than to tie new flies I refreshed some old favorites.
In the original tip I was told to use UV-varnish but had not in stock so I decided to carefully use some  super glue instead.
A very simple trick,just bend the bucktail collar over and carefully add a tiny little drop of super glue on the inside of the collar,let it dry and Voilá,you got fly good as new with a big nice profile.

Made this to some of my flies that has gone thru a mangle with 700 razor sharp teeth and now I can just wait for next weekend or maybe I go out earlier.

Got a small video clip from last time...

Had an opportunity to fish at Ruoto Pikecamp last weekend with my team mate from Jackson kayak fishing team and some of his friends too.
Had pretty high hopes because forecasts promised nice weather,light breeze 3-5 m/s north-east wind,cloudy,only issue was the water level which was 15 cm below normal.
Arrived to the camp about 8 am and waited for  my friends to arrive too.
While waiting I was gearing up and felt pretty excited,always nice to fish new waters.

I was first out at water and soon I noticed two things,first of all,a "light" breeze was a very strong wind which made fishing much tougher.
Observations showed a wind up to 14 m/s and in gusts even harder,secondly water was dirty,sight in water wasn't more than maybe 10 cm:s.


Strange feeling....Awesome surroundings but obviously on a wrong day,confidence to find a fish here was below zero.this could be a hot place after three...maybe four weeks. 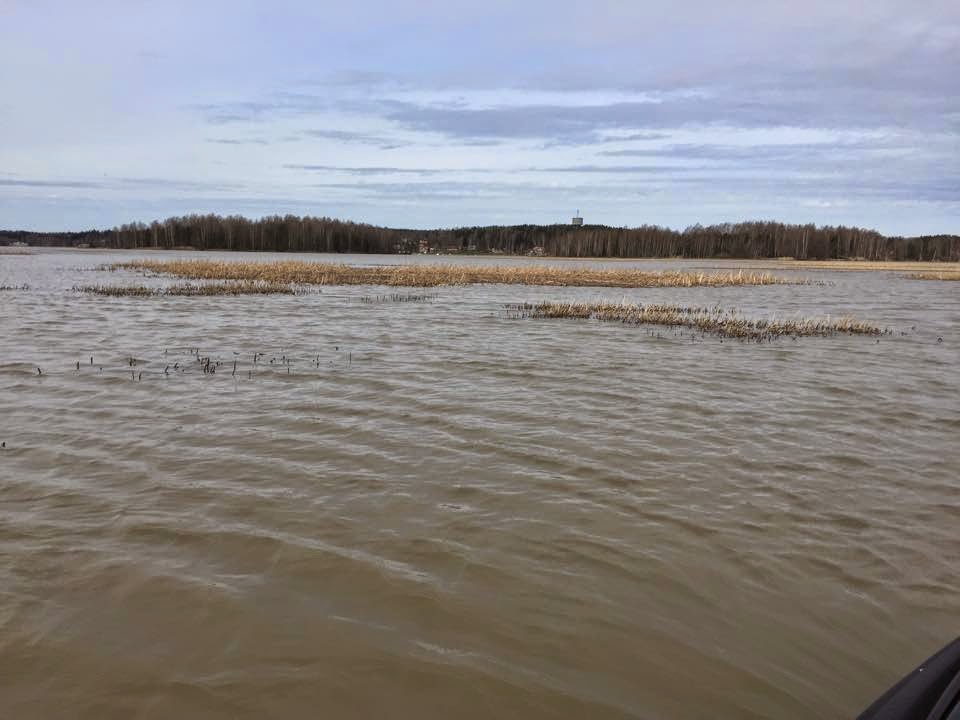 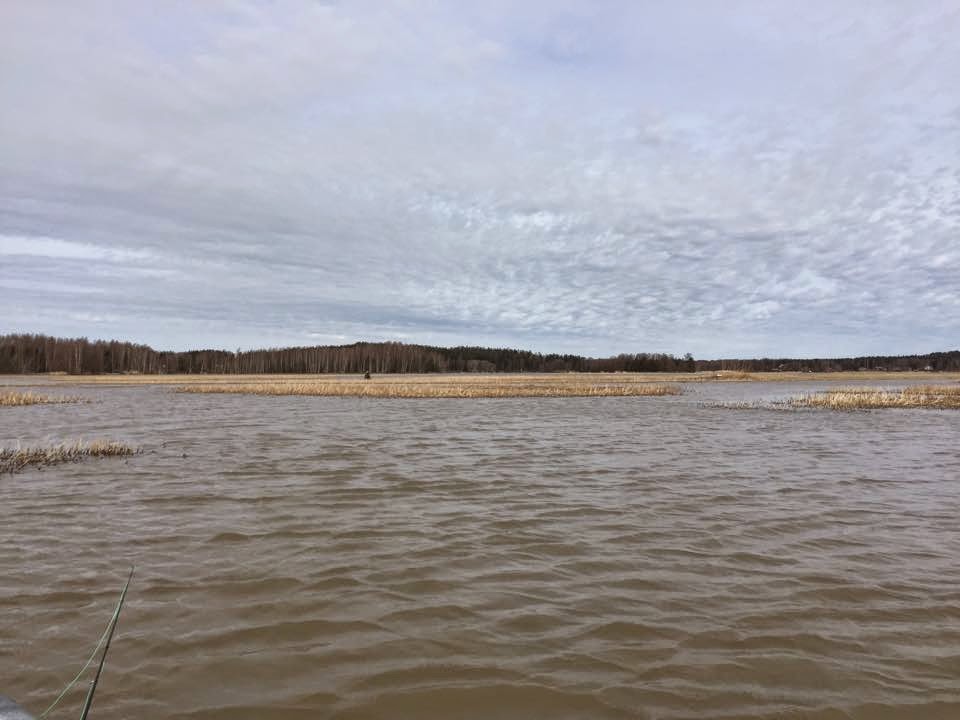 Had one hard hit on my fly but after a "fight" I managed to see it was a big Bream,two and a half kilo maybe.
After just one and a half hour fishing we decided to give up and go to the camp and made up a new plan for the day.
After a quick lunch we had a plan which was to go over to my "homewater" not far from here were I knew we would find some clear water and also some shelter places.

Hit the water 3 pm and noticed that it will be tough to fish even on the shelter places but still had much more confidence to land something here but it was slow fishing even here were I knew some spots and some hours later I managed to land my first one after I dropped two other even  jacks.

Anyway while I was driving home I knew I would not be fit enough for next days fishing so I had a day of on Saturday but heard that the other guys had pretty good fishing.

Woke up on Sunday early as usual but even if the weather was super nice I still wonder do I wanna go fishing or should I stay home taking it easy and resting.
You how it usually end ? Yes,an hour later I hit the water again in a sunny but pretty windy weather.
Clock was too much to go paddling any longer so I decided to fish very carefully some reed banks instead.
There wasn't too much action but managed to land some smaller jacks and was already about to give up when I on my last spot managed to land a slightly better fish which had already spawn.

Even if my face says something else I was very happy with this and decided to end this session as long as I was in a good mood and had only a short trip to paddle back to shore.
Hope to get out soon again.