Laken or Burbot in English pattern was tied some times ago by Swedish "Mr Pike" Niklaus Bauer and of course even I wanted to try to tie some also,especially when there was a very good tying video avilable.
https://www.youtube.com/watch?v=D6x-IpVHvSA 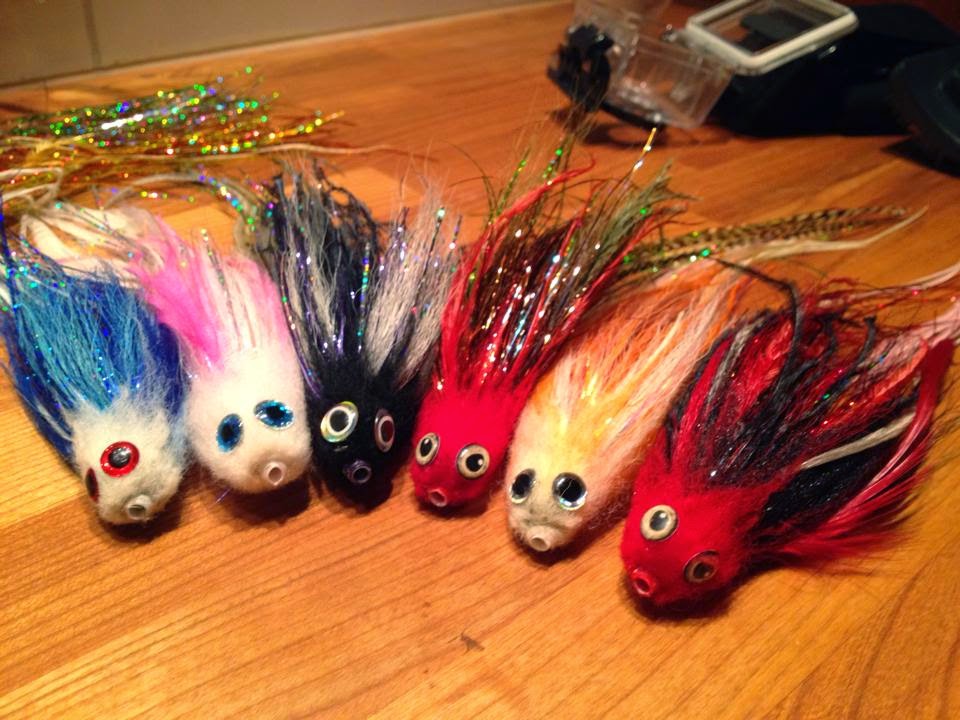 Think the latest trend in flyfishing for pike has been tying big or shall I say huge flies which has one big issue IMO,and that's hooking.
I'm not a big fan of using stinger hooks which in turn makes the hooking with big flies much more difficult,a problem I have fought with lately.
As a solution I have tried to tie on longer tubes,up to four inches long to get the hook more back.It help a bit but not enough IMO.
I found one possible solution here the other day by many coincidences while I was out fishing.
I knew a place were Breams use to spawn,and went there with my kayak just to take some video and photos when I saw a lot of pikes standing just outside the big shallow area,Was not sure were they on their way for spawning or just waiting to go in for a delicious bream meal.
The spawning was on so I let those pikes be just in case but a plan was already growing inside my head.
Why my thoughts went to this pattern is that all tying materials is on the upper side of the fly which MIGHT lead to better hooking of the fish,It was worth a try IMO.
As I mentioned these flies were good in very shallow waters but I wanted them to go deeper so first thing was to change the head material from sheep fleece to something else and I didn't have to think about it too long,had me some samples of Optic fibre from http://www.foxy-tails.co.uk/ couple of weeks ago and decided to try that out,also watched the tying video and Niklaus said "match the hatch" so because I was on my way to a place including breams I had to tie a burbot pattern in bream colors.
After a couple of tries I was ready and pretty pleased with the result.
They are still big flies,11-12 inches,tied on a four inches long tube and will be used with only one hook,Partridge Universal predator 6/0. 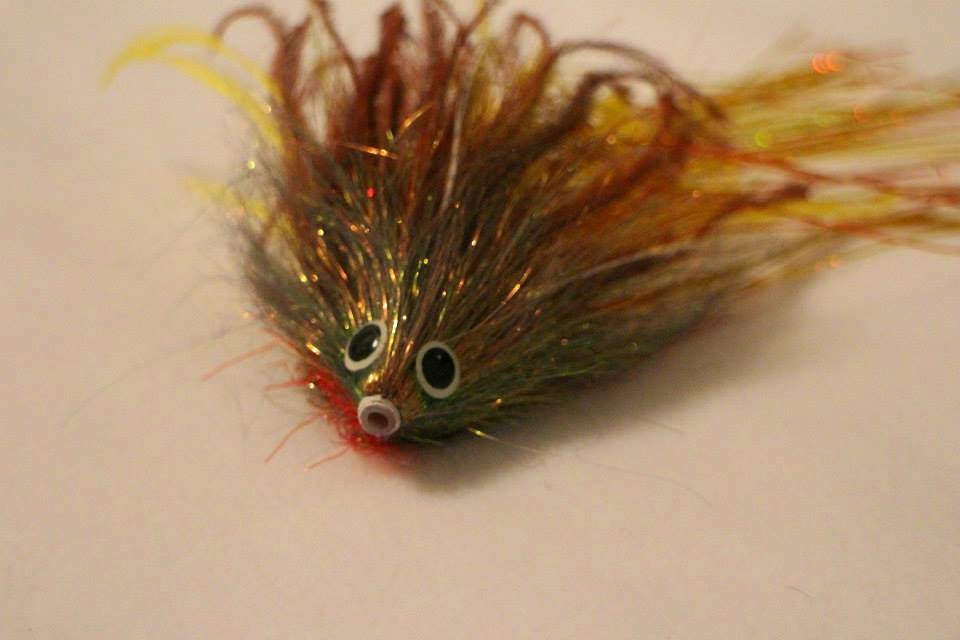 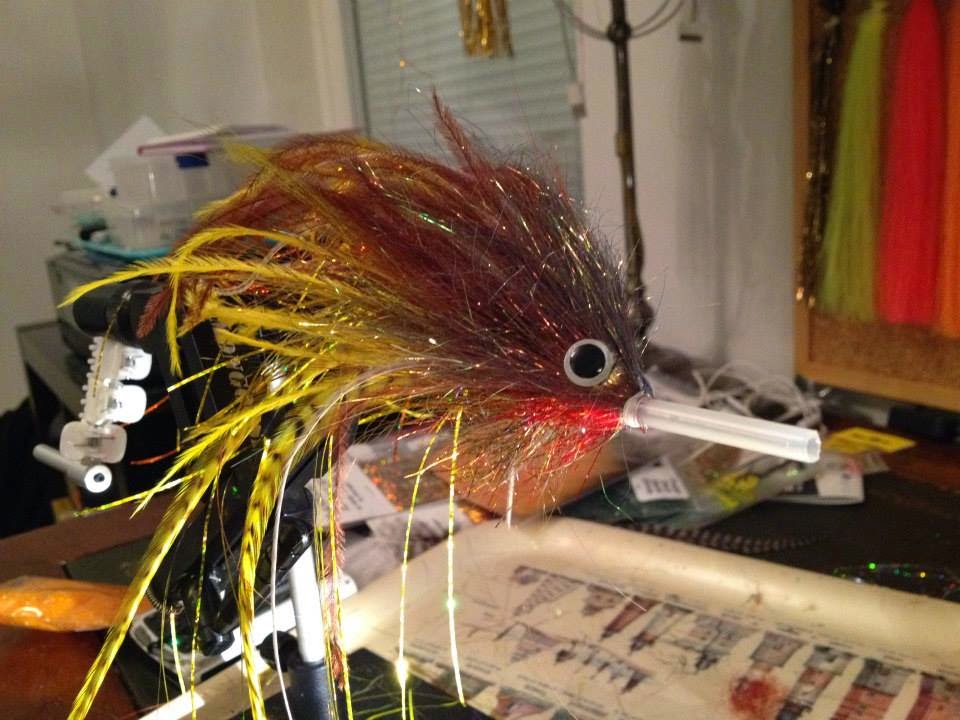 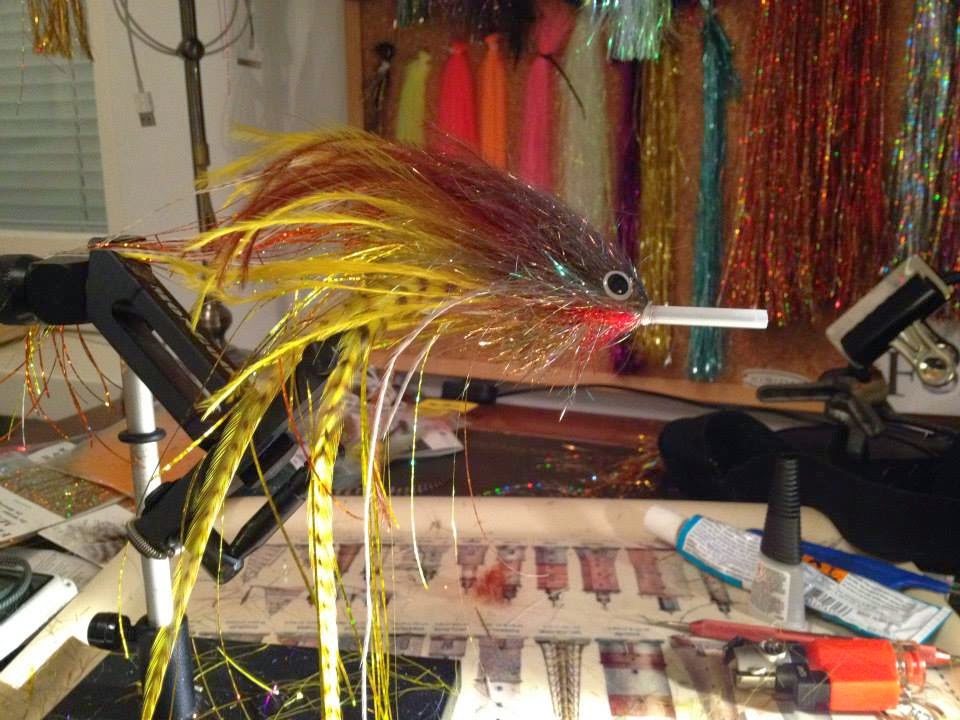 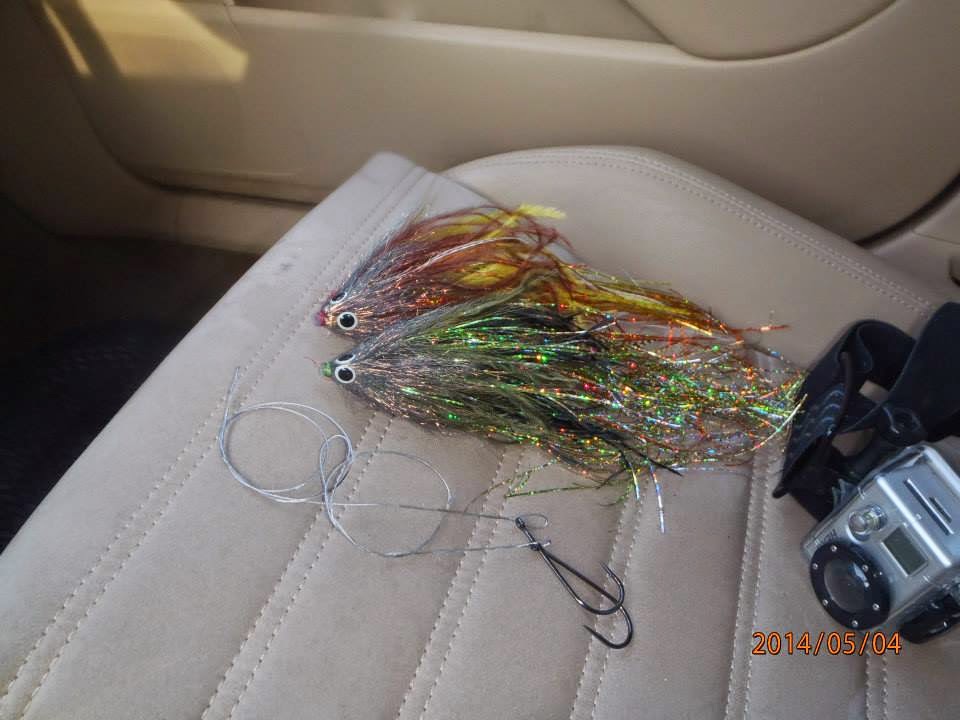 You can read about the test fishing in my next post :)
Lähettänyt Unknown klo 9.42