So,had study maps for a week and got more and more convinced about an area it could hide something special.
The area was big and I had a long way to paddle so it had to be an early wakeup so I could explore as much as possible,even if I was to have a friend with me later on it would take time to fish carefully all pockets among those reed beds.

I was at a party on Friday and I went a bit later than I expected so yes..I was really tired after I arrived to the place I had planned to launch my kayak around 5 am.
But most important was that I was in a good mood,excited.
Forecasts had promised HARD wind,up to 11 m/s  from west but even if I could see from treetops there was some wind it didn't look too hard.

Had earlier launched my yak from this place (2013) and I knew the first two kilometers well and it was kinda exciting to paddle this river again after couple of years.Had to stop to take some pics of the old wrecks which has been here since early 60:s

After I came out from the river I decided to rest for a while in form of couple of casts,noticed that the water was very murky,held my fingers crossed it would be a bit clearer on my final destination.
Also the sun was just about to rise,gosh I love these moments. 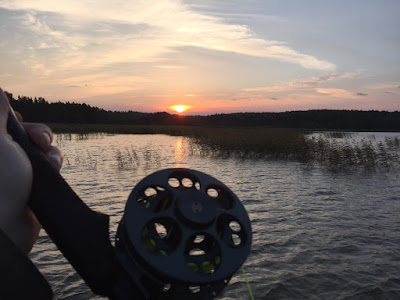 Murky water is not something that increase my confidence but hey,I was here so only thing I could do was to give it a try,
Decided to start with  a PikeSkinz baitfish pattern in Lantern color,a fluoroscent orange color which I hoped was visible enough.
And yes,not long before I landed my first pike,a good sign. 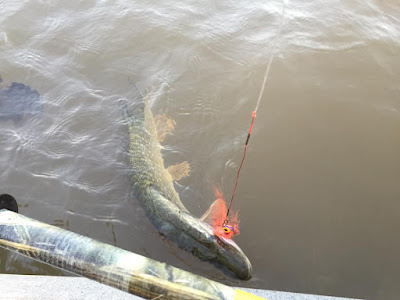 Well,had a long way to go and this wasn't my main target so I started to paddle while I noticed the wind was about to increase.
Sun had rise when I arrived to my main destination and a quick look promised good fishing.
Fishing started very good,landed some pikes in no time but it slow down a bit when sun started to shine. 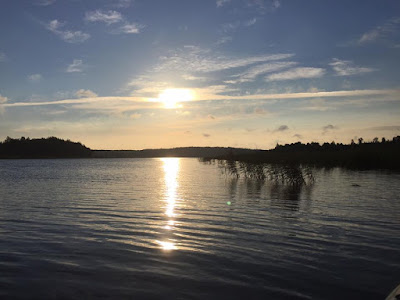 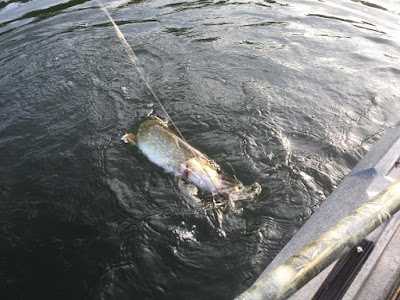 My friend arrived couple of hours after me and at that stage the wind was actually remarkably harder then what it was when I arrived.
There were more shit to come,like it shouldn't have been enough with the wind I fuckin once again managed to break my Big Mama rod,don't know what to do do anymore with this case. 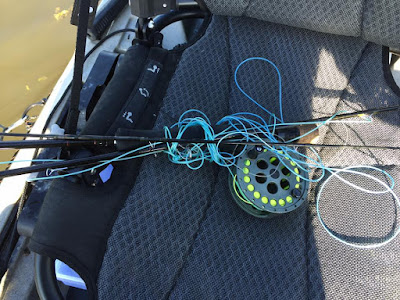 Thank god I had another rod with me,my reliable Vision GT4 so the fishing which was pretty good continued. 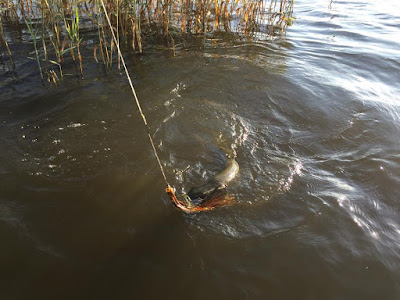 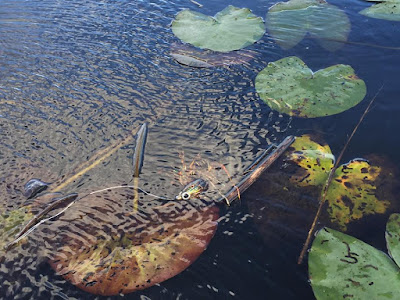 My biggest issue was the wind which forced me to fish from just one angle and also forced me to just pass by some places which looked good imo.
The wind was so hard at the moment that we had to try to find some shelter place,waves hit over us over and over again and even among the reeds it didn't felt safe,noticed that I had also dropped my landing net at some stage which wasn't a big loss compared to my friend who dropped his phone.

The way back was a pain in the ass even if we had tailwind,it must have been +20 m/s in gusts.I had in mind to take a video of our paddling back but I really needed both hands to steer the yak. 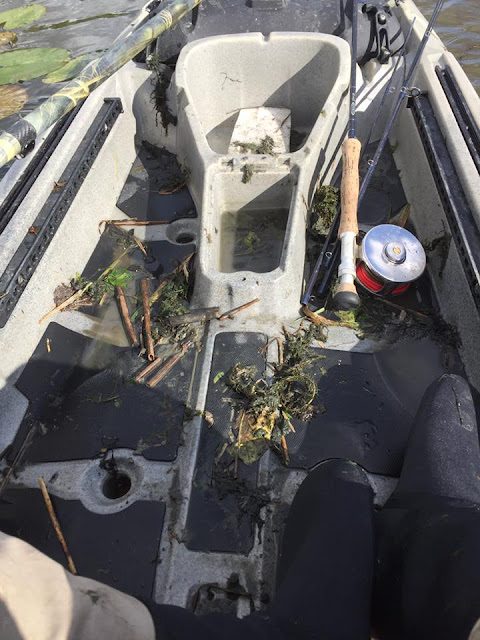 It took us at least one and a half hour to get back to the dock and I was EXHAUSTED,some winds are just too much to handle. 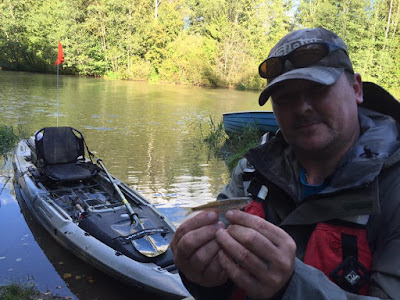 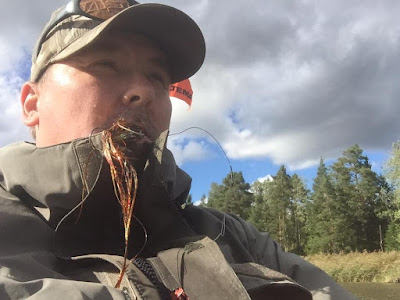 About the place....I will surely go back,so much was left to explore but I will definitely not go in this kinda wind,also I have study maps along the week so there might be some more new places in near future.
Lähettänyt Unknown klo 8.14