Well,last time I visited same spot i decided to fish this weekend strong wind ruin everything but now conditions seemed to be perfect for fly fishing.
3-4 m/s wind from west which was perfect for this place,makes a lot of new spots for me which was impossible to fish last time.
Was very early out,actually before sunrise,to paddle at that time include something magic imo,everything is so quite and peaceful,took some pics on my way to the final destination,hard to capture the feeling but I did my best. 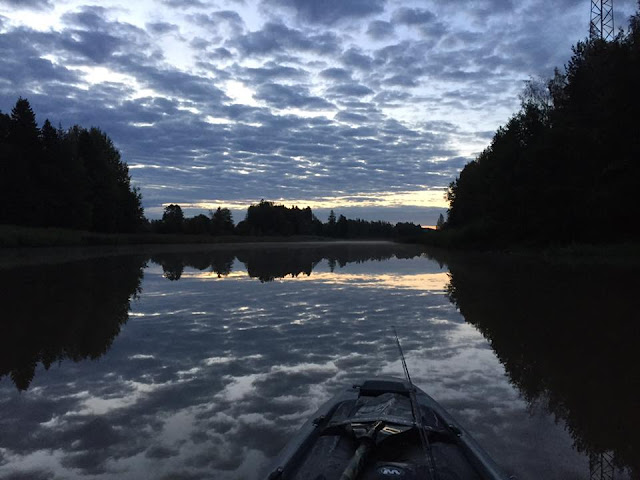 Had to paddle a long way before I arrived to my planned fishing area,had in mind to check out some new spots a bit further also but started on places I fished last time and landed some jacks every now and then but overall fishing was very slow.
So far no wind and some sunshine combined with very murky water didn't raise my expectations very much either.
Thanks to the long time since I was out I managed to keep me focused and took some coffee breaks too and tried to solve out what to do next,changing location was out of question due to the long way back so I decided to just fish new spots in same area.
While having a break I suddenly felt a slight breeze which soon started to look like a wind...now we talkin.


I was paddling across a bay when I suddenly saw a calm place almost in middle of it and when I came closer I saw a small area with pretty much reed just under the surface with some single strands here and there,should I give it a try ? why not I thought and fished from a slowly drifting kayak.
Wasn't expecting anything so I almost shit my pants when I felt something at the other end of the line,was I snagged ? Hell no,second after Hell broke loose,This was a strong one,for a second I was to drop the anchor but in the middle of a bay I thought I could handle the situation without it so I fought the fish from a drifting yak and dropped the anchor only when I had a beautiful Ma'm in my brand new landing net. 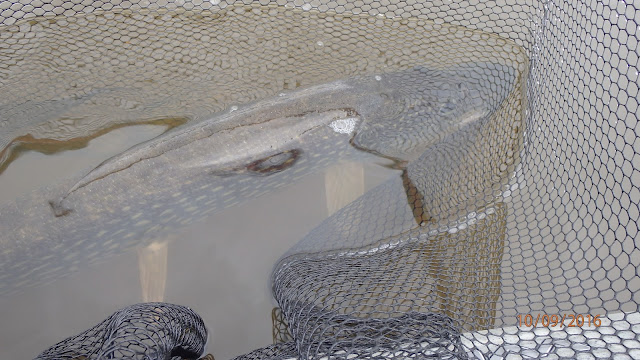 Had her to rest in the net while making everything ready for a pic or two. 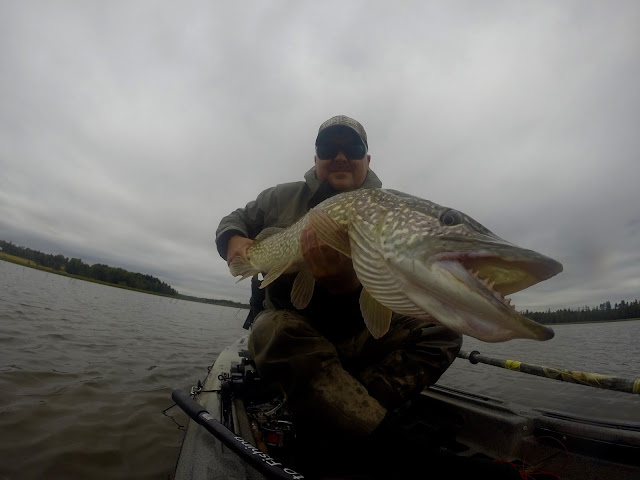 What a nice surprise this was,felt strange to bomb this place without any bench mark,just casting your fly out as long as I managed,let it sink for couple of seconds and started to retrieving and,BOOM.
Even if I felt this was just a lucky shot I decided to do couple more casts and parked the yak on the edge of this area and three or four casts later I once again hooked up an angry Ma'm,not as big as the first but a nice fish anyway. 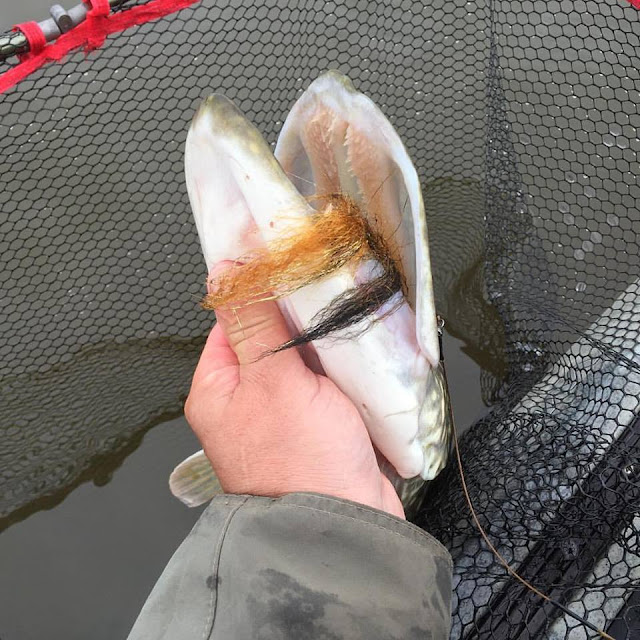 Big head but very skinny,but anyway,two nice fishes landed from a spot I never though I would fish,not bad.
Fished this area for a while but without any results and also my focus was on those two beauties landed so decided to slowly start to paddle back and enjoy the rest of the day thinking of how good this day had been.
Lähettänyt Unknown klo 14.46