Not often a week had felt so long as the last one,even if I were a bit busy time was just dragging on and I was very pleased when I drove home from work on Friday,forecast promised pretty good weather for fishing,northern wind 3-4 m/s,cloudy but no rain and on top of that water level was normal.I had a good feeling.
There was just one small issue....I had no plans were I was to fish,earlier at the week I planned to go back to some areas I used to fish for years but last weekends good results made me think should I go back to same area,good place but a long way to paddle.Also big risk for murky water.

It all ended up that early next morning while I was driving I still had not decided were to go.
Because there wasn't much of wind I decided about 200 meters before a junction to fish same area that I fished last weekend.

About 35 minutes later I hit the water. 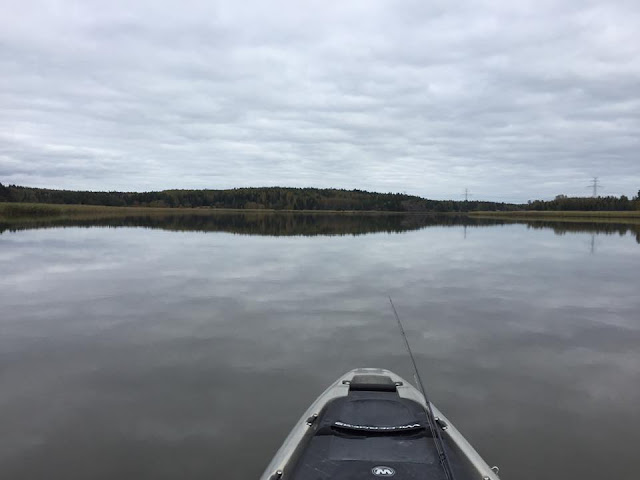 As you can see there wasn't much wind.
I had in mind to spent the day searching only for the big one,I knew a area were you would either get a big bite or blank,that was all up if the big mam's were feeding and if I could find them.

To find them I had to first find baitfish which was pretty easy,you could see them miles away feeding from a calm surface,after that it was just to cast out your fly on the edges of the flock and hope for the best.
Have to say it feels very strange to just cast out your fly without any point of reference,I'm so used to fish reedbanks and pockets.I find it hard to believe in this kinda fishing but only third cast and I felt a good bite on the fly and minutes later I landed a pretty decent sized fish,not a "monster" so I didn't measure or scale it anyhow. 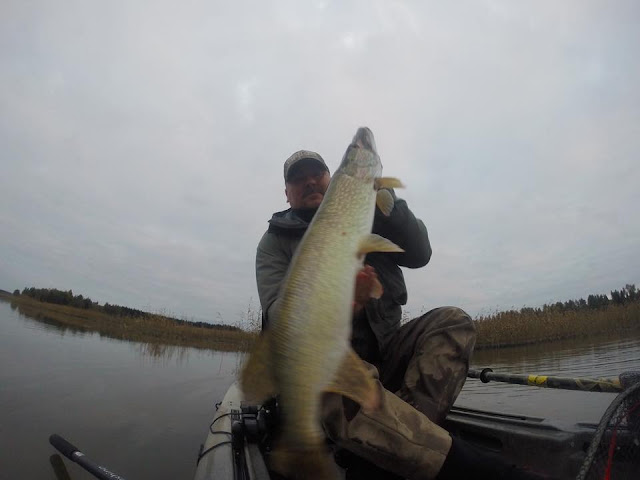 What a start to the day.Probably There was so much noise while landing this one so even if I fished same place for a while I didn't found any action.
Time for a cup of coffee,this fish already made my day.
While drinking coffee I tried to see some action on a totally calm surface and about 150 meter in front of me I saw a cascade of water when a predator attacked those poor baitfishes feeding close to the surface,started to paddle....
Came about 30 meter from the big school and cast out my fly as long as I could,took about 5 or 6 casts before I once again felt a heavy bite,cool... 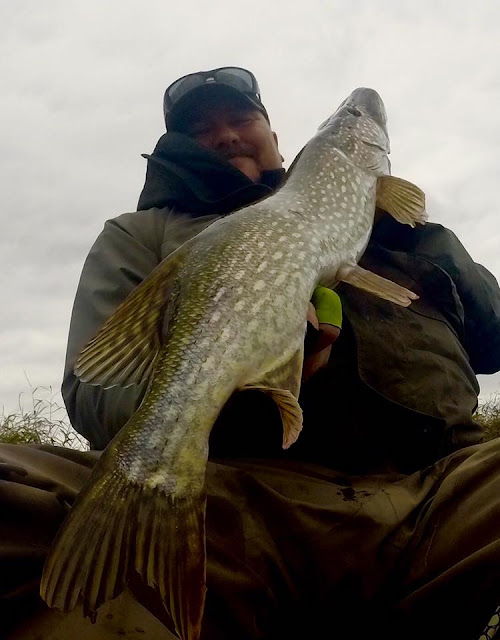 Smaller than the first one but fought much harder,tried to measure her but she wasn't on a "co-operate mood" so 91 cm can't be written as a truth but..who cares.

The wind was increasing a bit so it went harder and harder to locate feeding schools and it took me a while before I managed to land my third with this method. 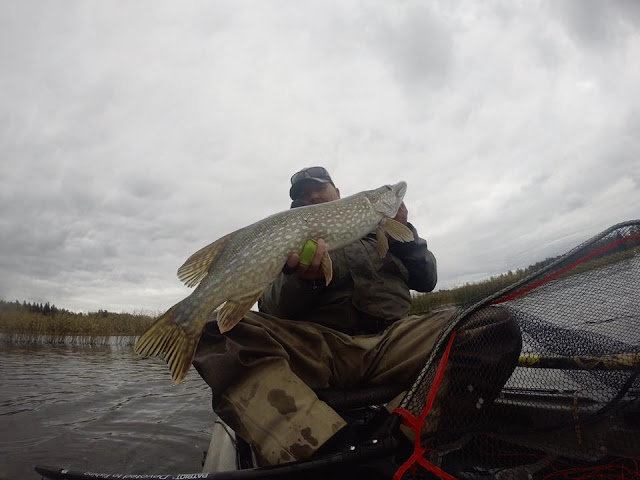 There was a wind around promised 3-4 m/s now so even if I tried and tried I didn't managed to catch with this method anymore I just thought a sonar with a structure scan would be a massive help now but I don't got one so I decided to go into the reeds for numbers instead,who knows,with a bit of luck I could catch big there too,have done it before.

Had me some coffee and sandwiches before I started to hammer the reed banks and even if I promised my wife that I will soon come home I simply had so much fun I was out for over 12 hours and managed to land one decent fish among all reeds too. 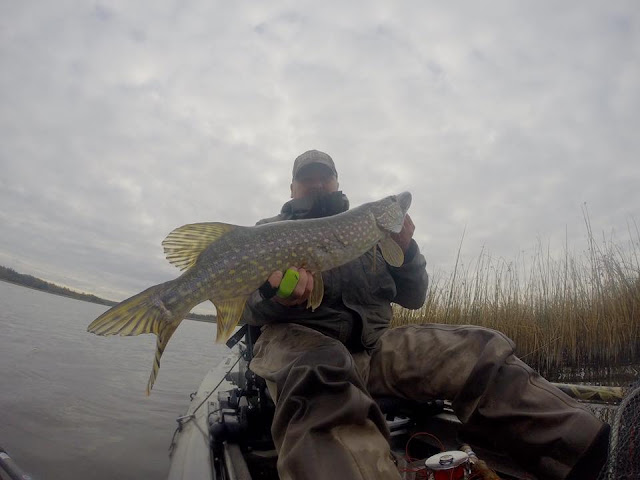 Well,I would lie if I said that it was an ordinary day out,33 fishes landed and couple dropped too is a super good day for me and I can't be anything less than happy with my fishing.
I don't want to sound ungrateful but that BIG Perch I dropped close to my yak....gosh I wish I could managed to land her.... 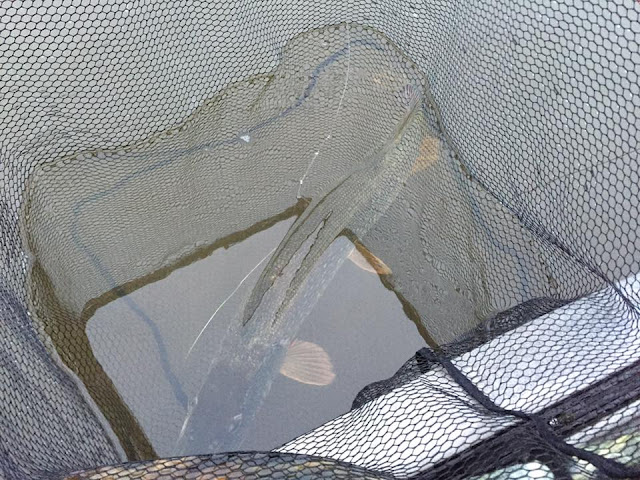 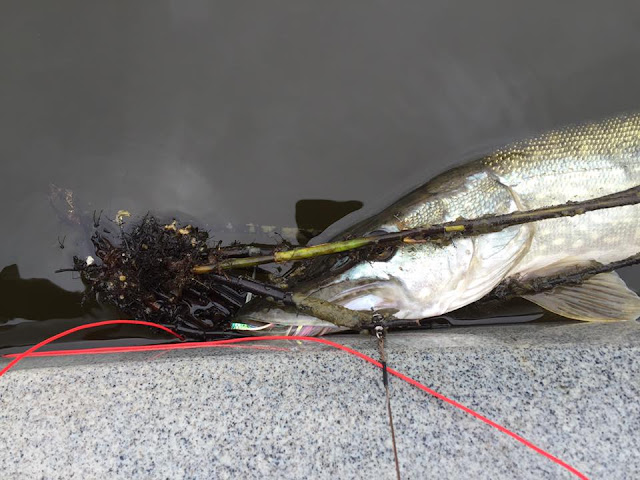 I think I don't have to tell you I paddled back as a very happy man despite aching  muscles.
Lähettänyt Unknown klo 11.14