So,back in buisness after a while.Not much to tell I´m affraid,went to Parainen for some days ago.
The question is:What the hell was I doing in Parainen? Just felt for to take a ride so I jumped in my car and get on the road.
Okay,I have to admit I was to a store called Kalastus-aitta,it´s a fishing store(suprise)Bought me some hooks and some lures and I was checking on a Hardy zane #10 rod but thank god I could refrain,still thinking of the new Vision rod so I decided to save my money to that. 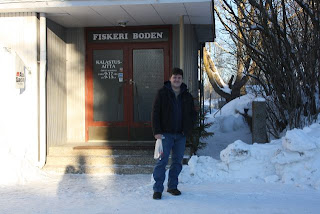 After the visit to that store I was ready to have a dinner and then jump in the car and drive home.
Someone might call it crazy to drive 400 km for some small fishing equipments and a steak but i like to spontaneus things like that.

And after a very long time I finally was with my younger brother and finished some jerkbaits that we or should I say HE built with my help and some advices,its a copy of Hellhound,I fixed the paint.
I thougt that I was going to be more exited to build /paint lures but I didn´t because I dont like straight copys,maybe when I will do my own lures the feeling will be different,at least I hope so. 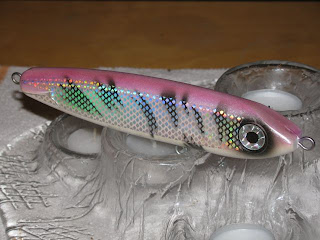 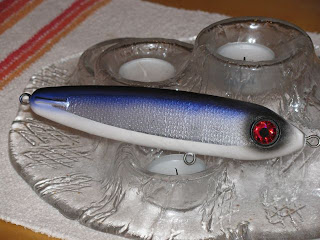 And finally,I´ve tied a fly today,my aim was to tie a fly with some different colour combo that were getting used to.
Well,the result was a little bit different that i wanted to,my courage ended but at least I was able to put the blue colour in there instead of black or orange and its making this fly a little bit different...Isn´t it ? 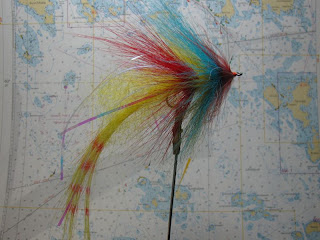