This Spring/Summer season I have fished 99% with my Regret-flies and I have been very pleased with them,the movement looks awsome and they are easy to cast although their size.
If I have to mention one bad thing with these flies it would be that the hook is too much in front of it so the hooking capacity could be better,that´s one reason the Regret tube saw the daylight,it´s easier to decide in wich section of the fly you want to place the hook.

So ladies and gentlemen,let me introduce you the Regret tube no I. 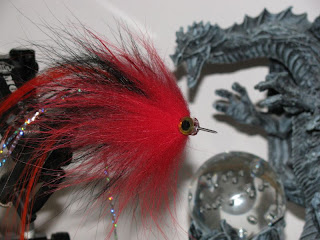 There will surely be more of these in different colours as soon as I have more time to tie them.
The Midsummer is next weekend and I will probably spend the whole weekend at my cottage,hopefully there will be some fishing too,the forecast says there will be winds over 20 m/s so even my new overclassed line won´t probably help but hopefully
I´m able to test my tube at the weekend.
After the weekend it´s time for my long awaited VACATION !!!

On my first vacation week I will travel to Sweden Karlstad to meet friends but the biggest aim is to eat a pepper steak at restaurant Pråmen.

After that I will spend much as possible time at my cottage relaxing and fishing,hopefully I have more of Reg.tubes tied then.

One good thing with tubes is that it will also solve my leader issue.
I use to go with Pafex Predator wire but have not been completely satisfied with it,after one or two fishing days it looks like a spring.
Have this season tested a new wire called Optima kevlar wire that many people have praised so much,well,I disagree,I don´t feel comfortable using it.
I first used it on my second or third trip and after one fish I had to change it to a new one.
Gave it a new chance last weekend but after just three small pikes it looked like this so I think I that´s enough with testing this wire. 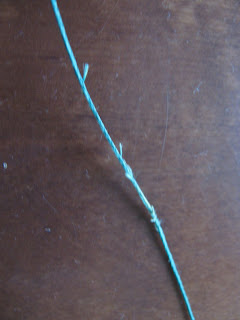 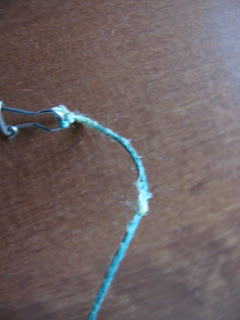 With tube flies I have used Berkley´s nailon coated steel wire attached to a short mono line attached to my fly line so hopefully my leader problems will be solved with this solution.
Lähettänyt Unknown klo 20.59