Okay,so my spring cleaning is over and it was finally time to tie those fucki´n tubes that I promised to do.
This week was also meant to be Craft fur theme but the tubes and a big snowfall in Helsinki has kept me busy.
But after I slept about 13 hours between friday and saturday I had some energy to start tying some flies.Damn it´s difficult to tie small flies after those big pike flies,the first one was a disaster but after some whiskys I think they started to look better,hopefully my friend likes them too 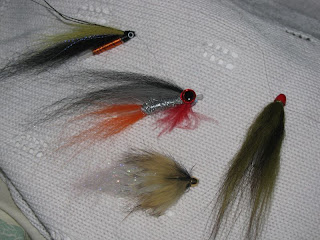 I found out that I might need a vice for only tube flies,I was very close to get REALLY pissed of with that stupid needle on my "normal" vice,I cant get it firmly assembled.Well,maybe from the go expo fair in Helsinki next month.
Between those tubes I also tied a normal sized pike fly but to be honest I was wery drunk when I tied this so it´s not a good looking fly exept the colours,I like them and hoping that the judges in the sea likes it too. 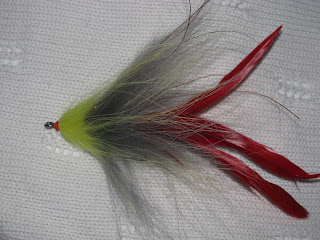