Find it sometimes so hard to get motivated for fly tying but lately I have in fact been very productive. 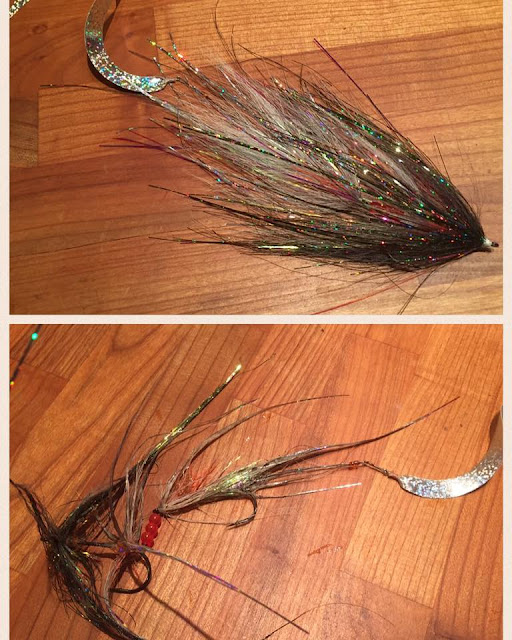 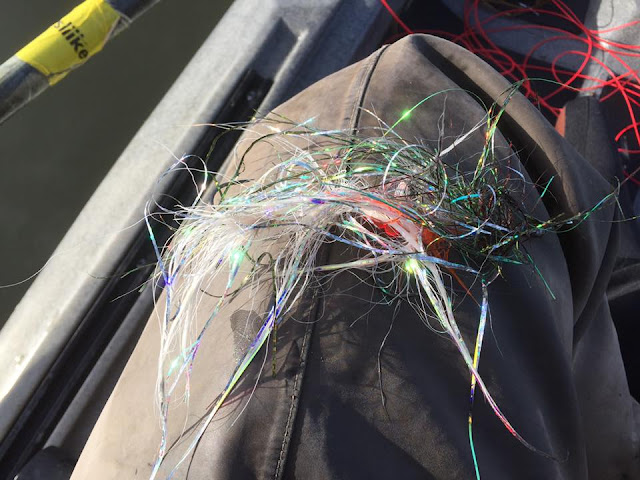 This color combo has been outstanding on my two latest trips and they both have been destroyed on their first day in use.
A bit boring to tie same shit over and over again but what can I do,if they like it I try to give them what they want.
So,here's one more in almost same colors. 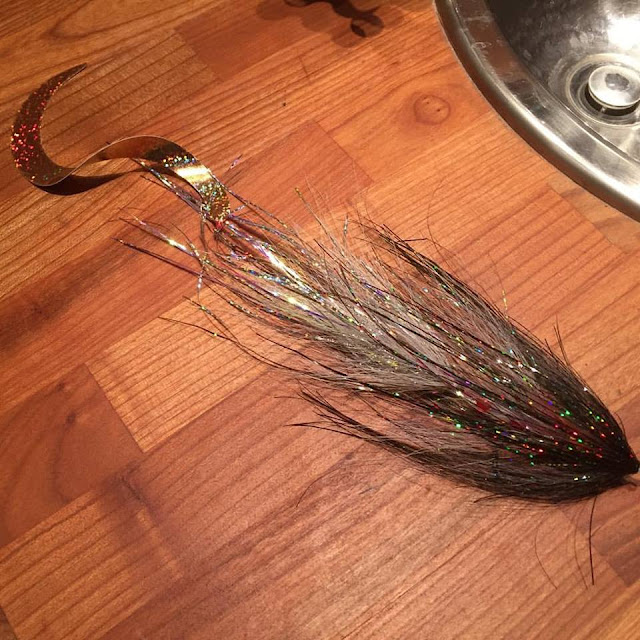 I said almost same colors,i just had to add some new??? holographic brown flash from Hedron to the head on this,blended with some holo olive flash.

Tied a completely new pattern to me too,it was inspired of  Niklaus Bauer  https://www.youtube.com/watch?v=-krKG683-qE  Burbot. 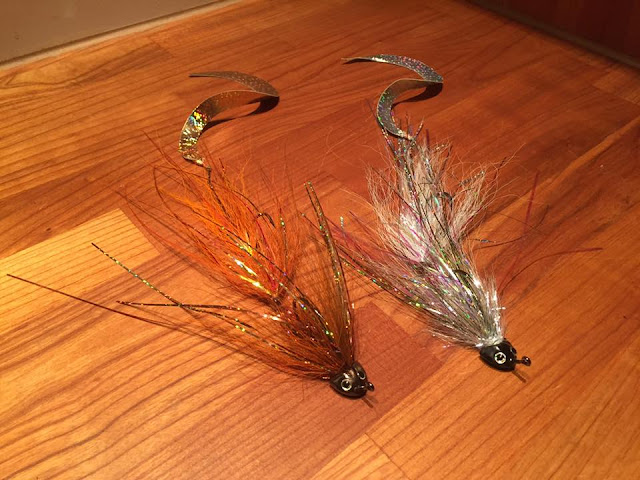 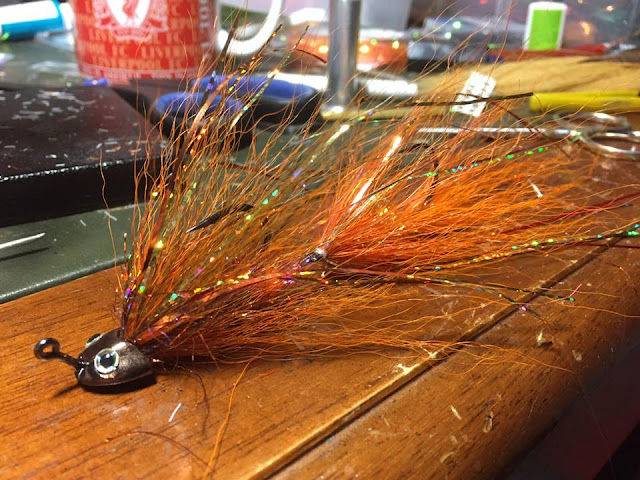 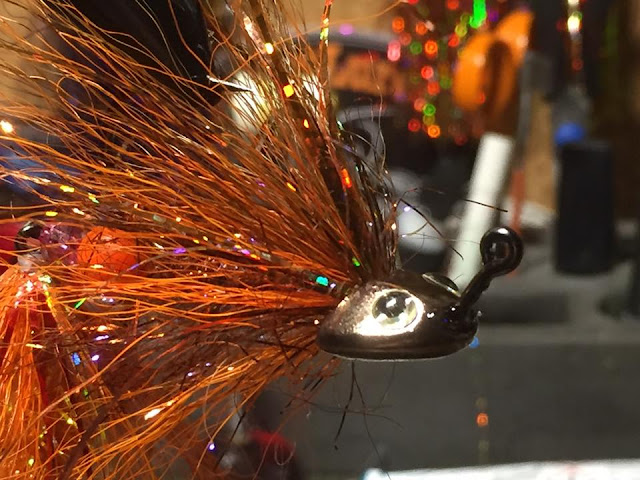 Had a special place in mind for these "Bottom crawlers" and actually I fished with them on that place last weekend but without results.I still gonna continue to test them,got a good feeling of them,thought they would have been a pain in the ass to cast but actually they wasn't that hard at all.

And just to avoid to be bored I tied some more traditional ties too,after ties above these kinda flies are  almost easy to tie. 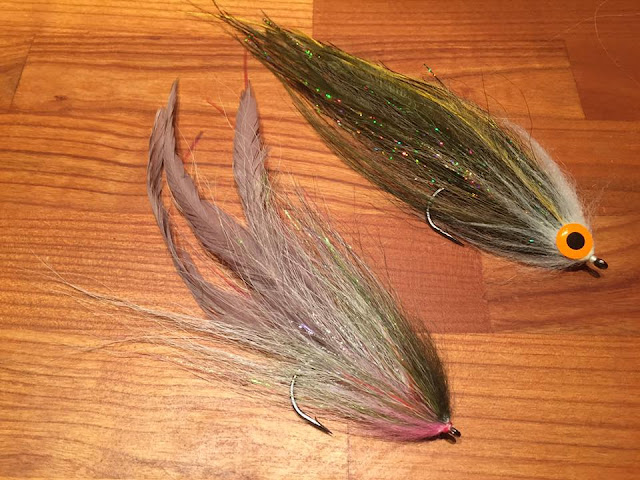 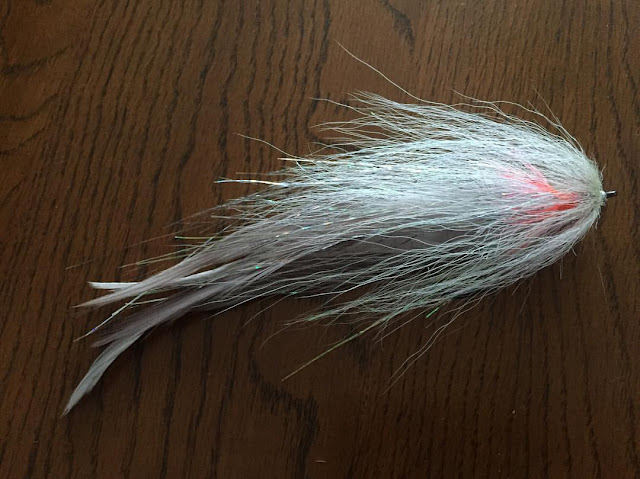 These "normal" 17 cm sized flies looks so tiny in water after those +35 cm articulated flies with a jumbo slim Wiggle tail,but both sizes have worked fine for me,some days bigger is better and some days smaller are killers so good to be prepared.
Finally a Beast fly which in this color has been probably my most productive  fly this season,think I have tied at least ten of this color combo already. 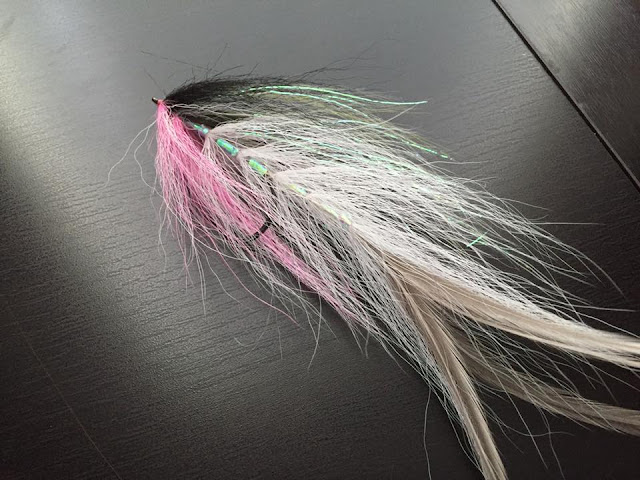 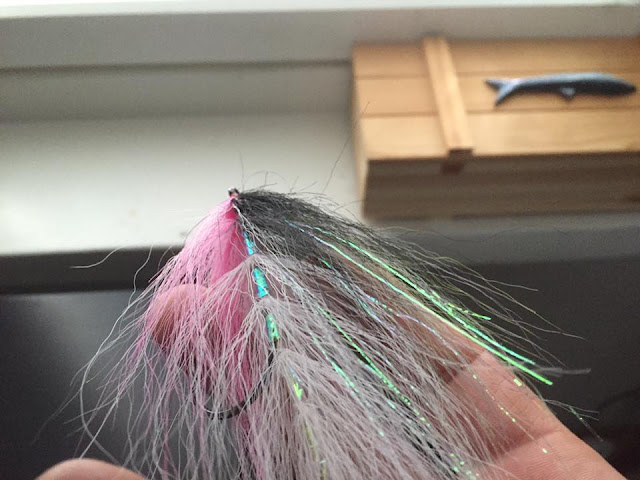 Almost forgot one fly that I had sky high hopes for but which was a disappointment.
Thought this small fly could have imitated a bleak or any baitfish pikes are feeding of close to surface.
I really gave time on good spots to it but not a single hit on it last trip,maybe will give it another go 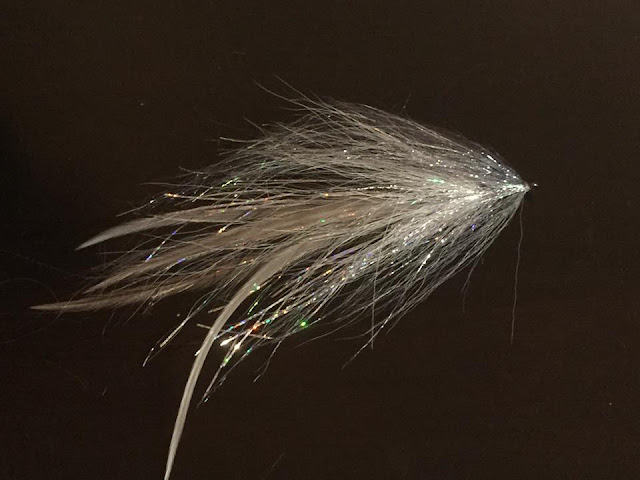 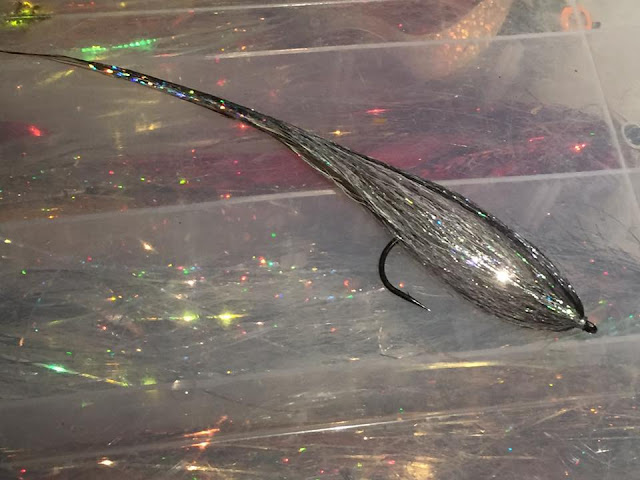 Boxes are filled again for the next trip which will be next weekend,hopefully wind will calm down a bit before that and also I would not mind if water level was to rise about 50 cm,it's so low at the moment I need to fish another area if it's gonna stay this low,three or four days to go.
Lähettänyt Unknown klo 10.40