My first touch with these flies was just couple of days ago In Karlskrona Sweden were my friend fished with them and are also designed by him.

Really liked them and so did Blekinge pikes too,Mikko gave me two of them and gave me a good SBS lesson and I had to copy and now I'm just waiting to get out to fish with them.
Have a good feeling about them.
This may even be some kind of turning point in my tying,If these flies work as I think they will I might go back to tying on hooks again 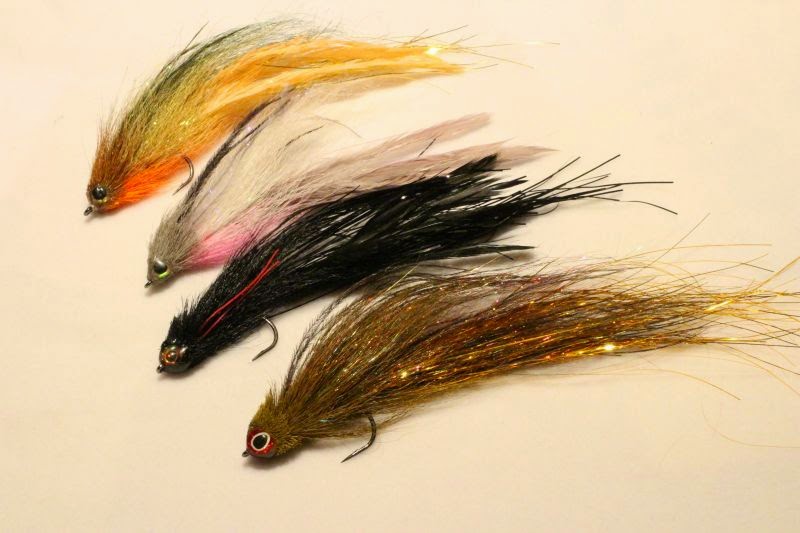 Olive and that black one is tied by Mikko,two others by me.Believe in them so much I think I'm gonna tie up some more of them forthcoming week to got some good color combos before weekend.

I'm using a slightly different hook than Mikko.I'm going for a Partridge Universal Predator X in 6/0 size.
What makes this fly so special is the tail part of it,it's tied on a small shank which makes it turn athwart in retrieve stops.
Nothing new with flies tied on shank,even I have tied them but they have been gigantic sizes,up to 50 cm which makes them too big in most of the waters where I fish.
These are about 18-20 cm:s long which makes them more allrounders in my fishing...I think =D After this part it's tying that's count's.
Starting with the tail bur first I use to prepare it with kevlar thread. 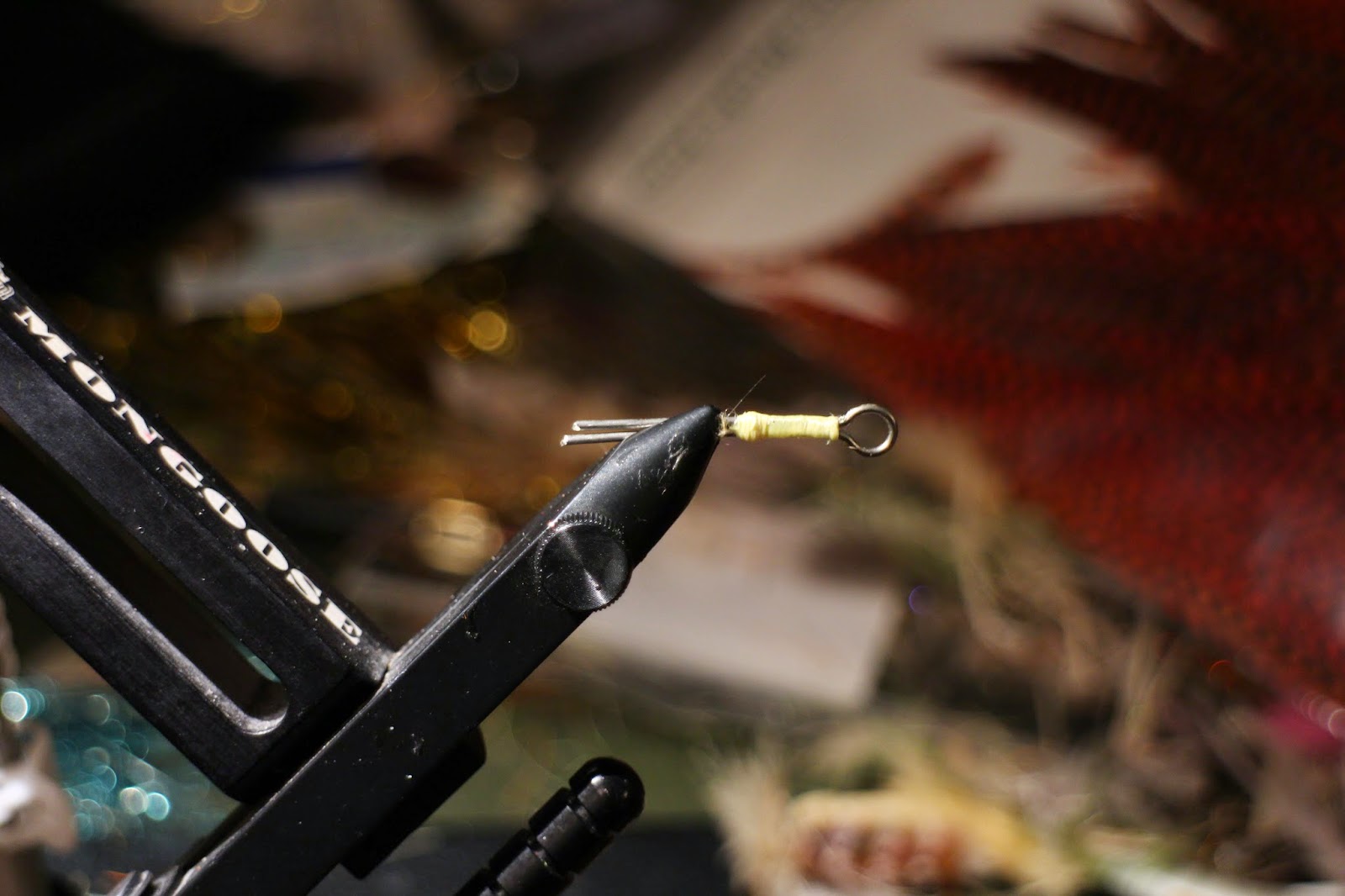 This one is tied with hackle feathers and flash but you can use Schlappen etc,etc as well. 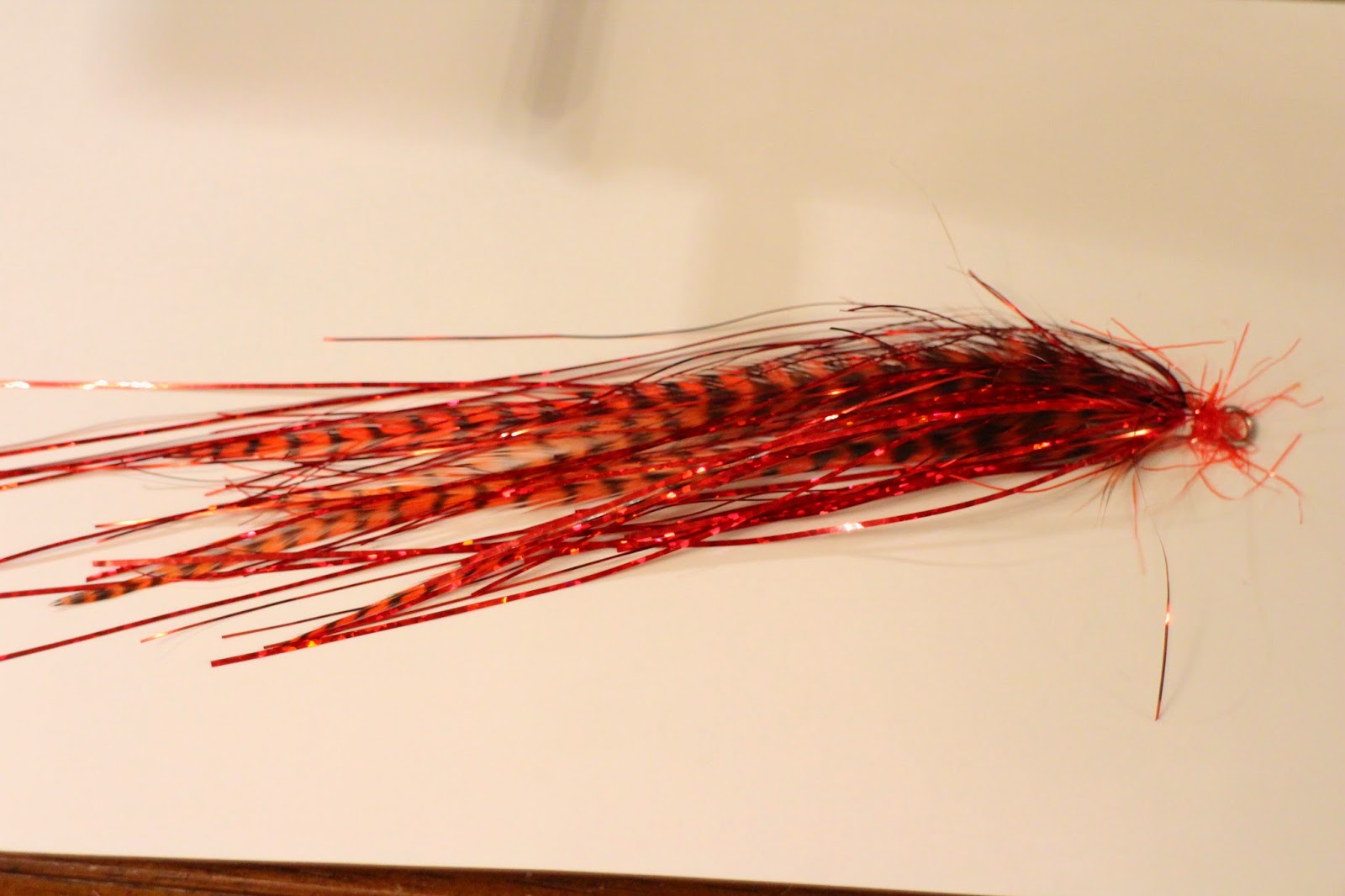 Connect the tail to second shank and tie it to the hook,Once I'm using kevlar thread to do it. 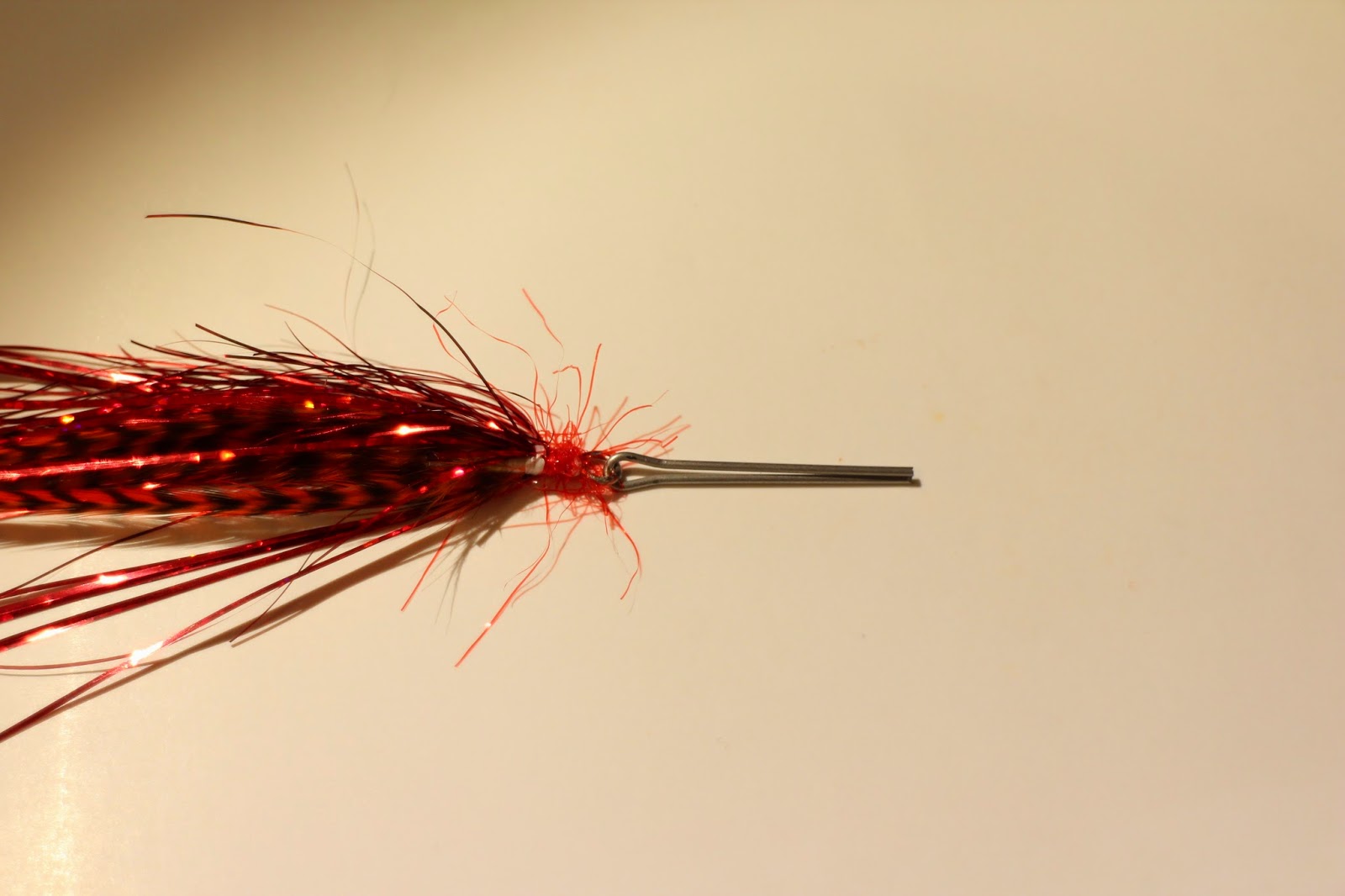 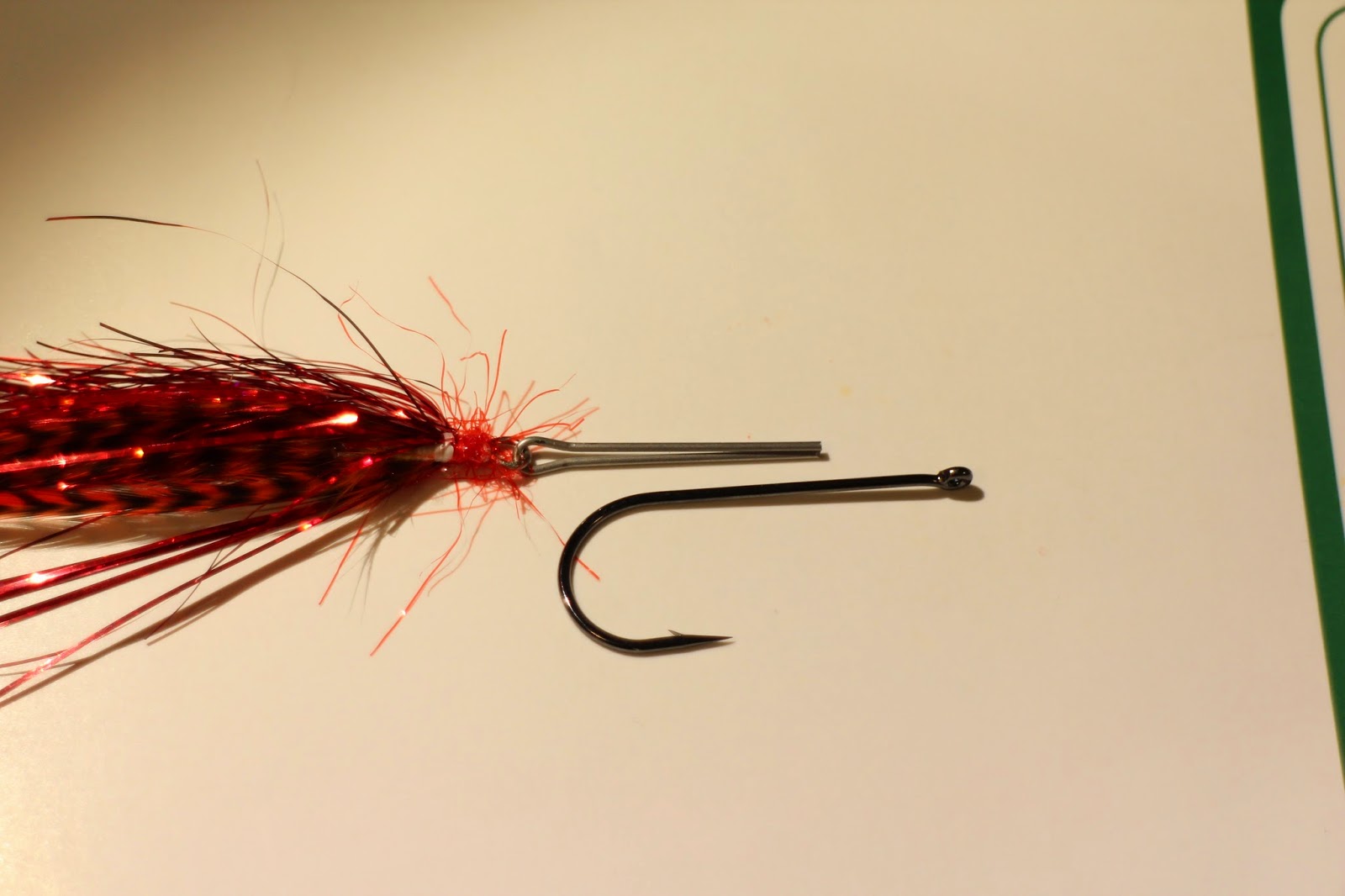 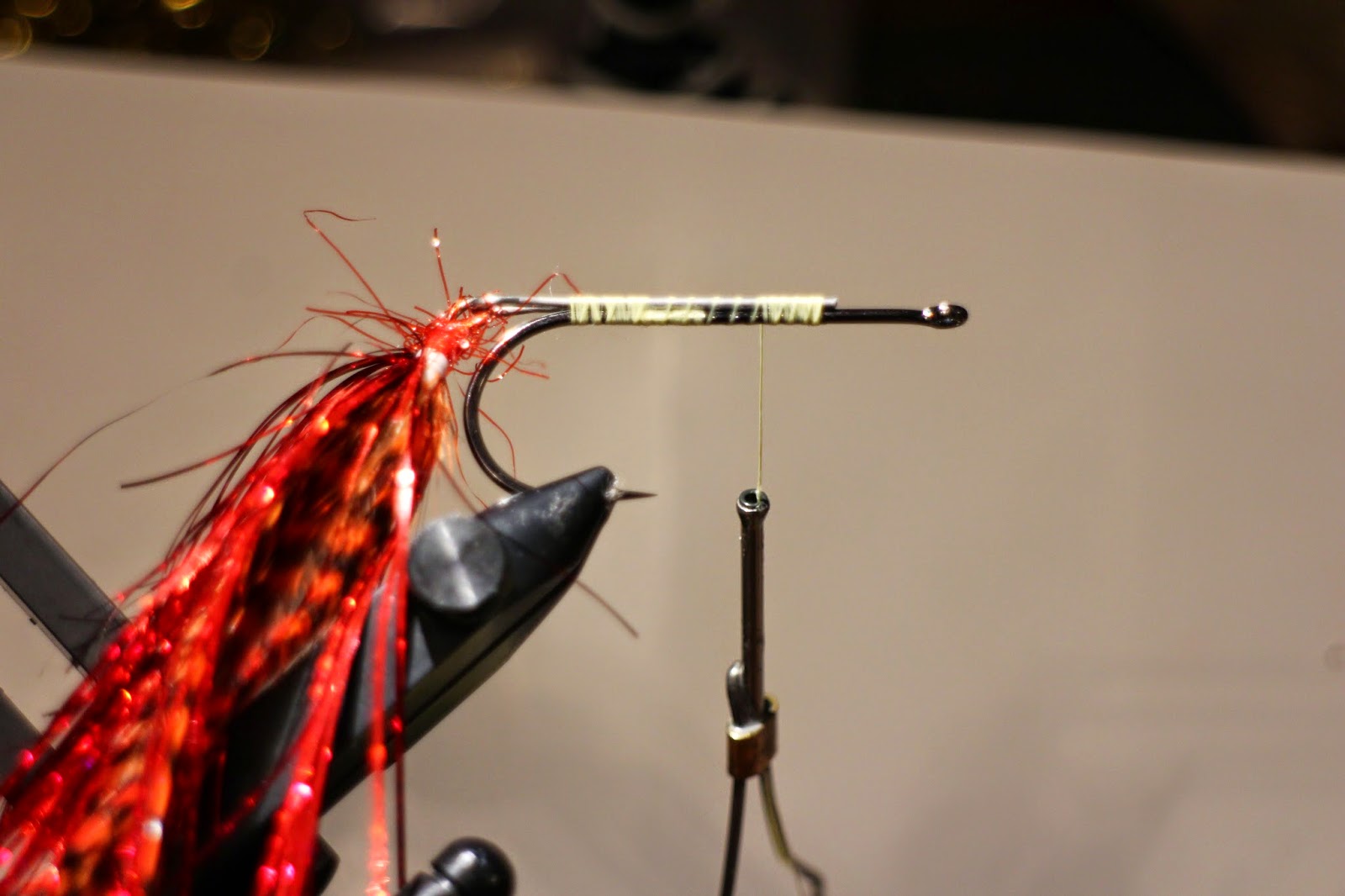 As you can see on the two last pics here the shank is a bit shorter then the hook shaft,Empty space is reserved for the head.

Materials used on the hook is simply bucktail and flash and some ostrich herls.Three bunches of bucktail is enough.
On this fly I don't hollow style but on a fly with bucktail as the main material I think it's important to use quality materials,My choice for bucktail has been Helsinki Spey clave Extra select tails. 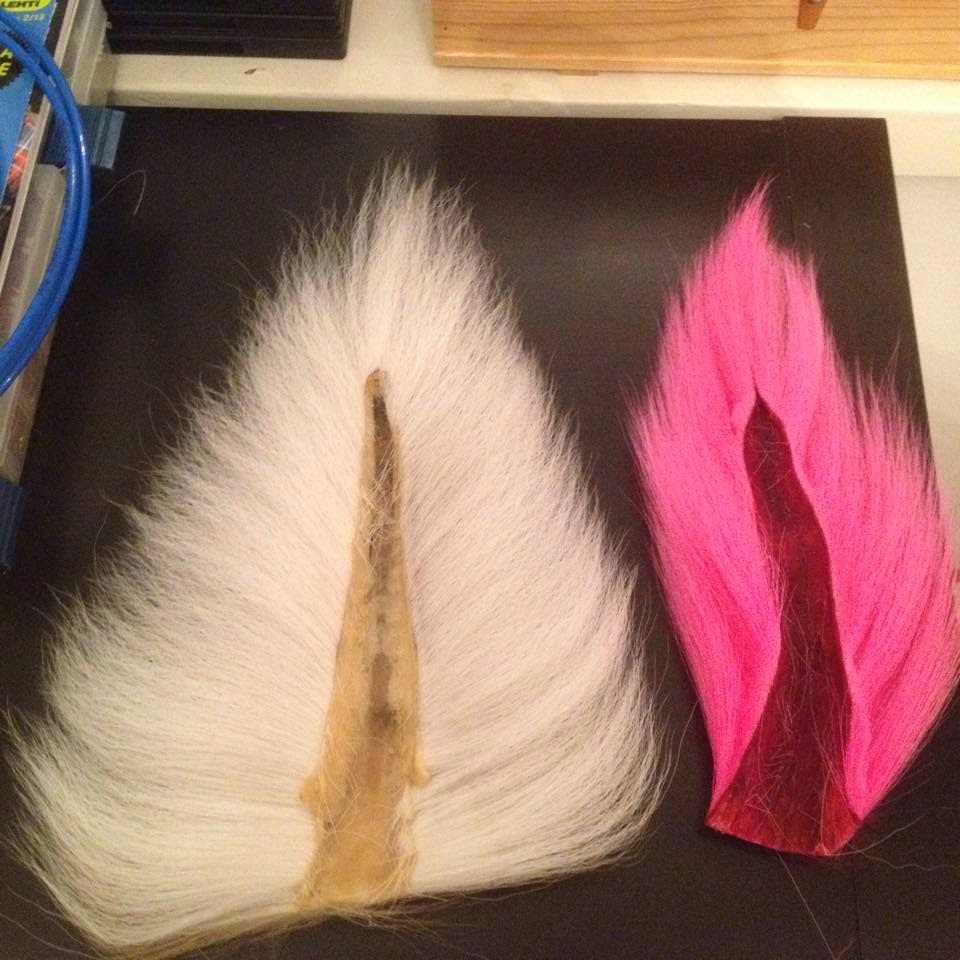 You can take a guess which one is extra select here..... 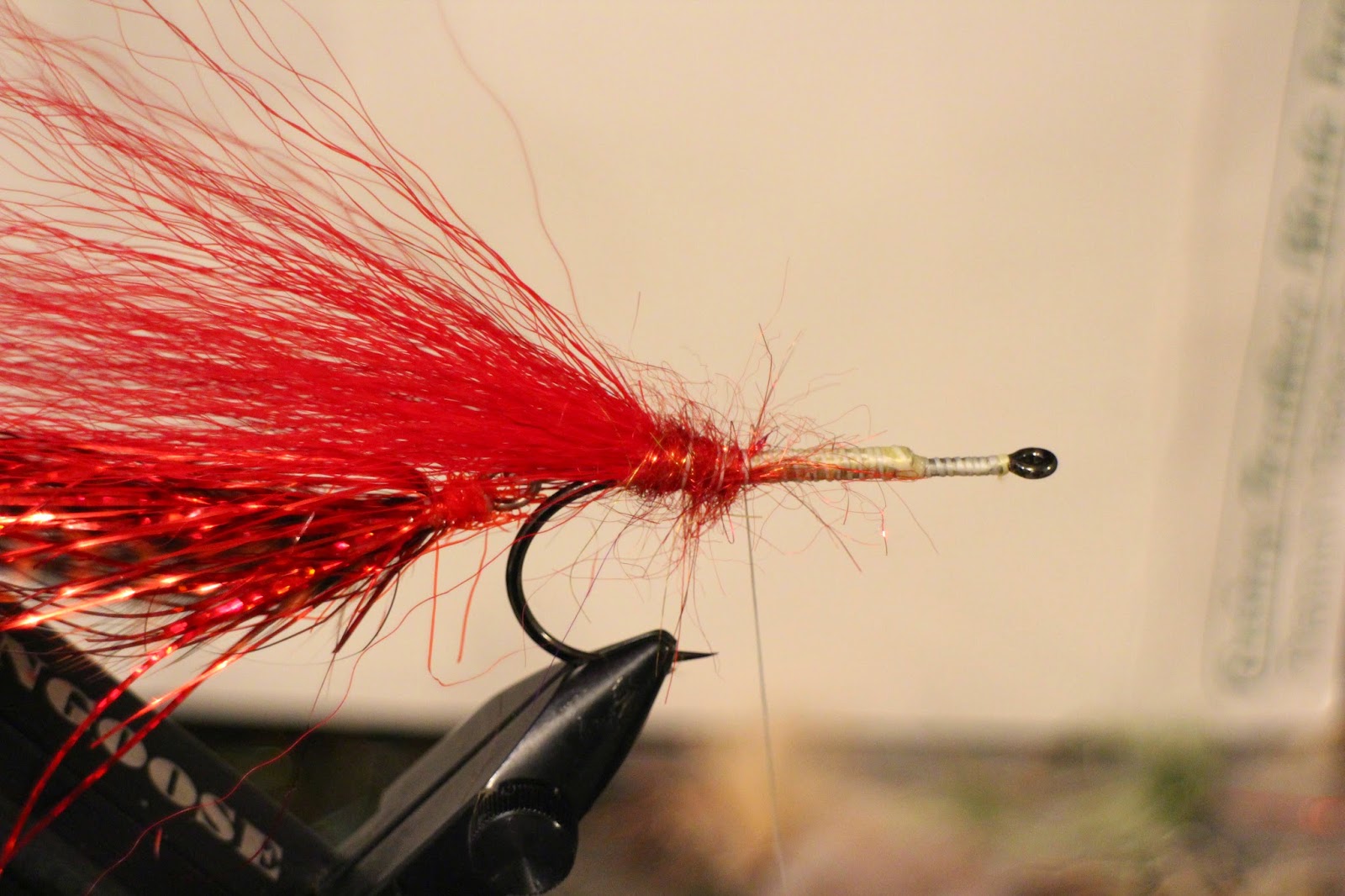 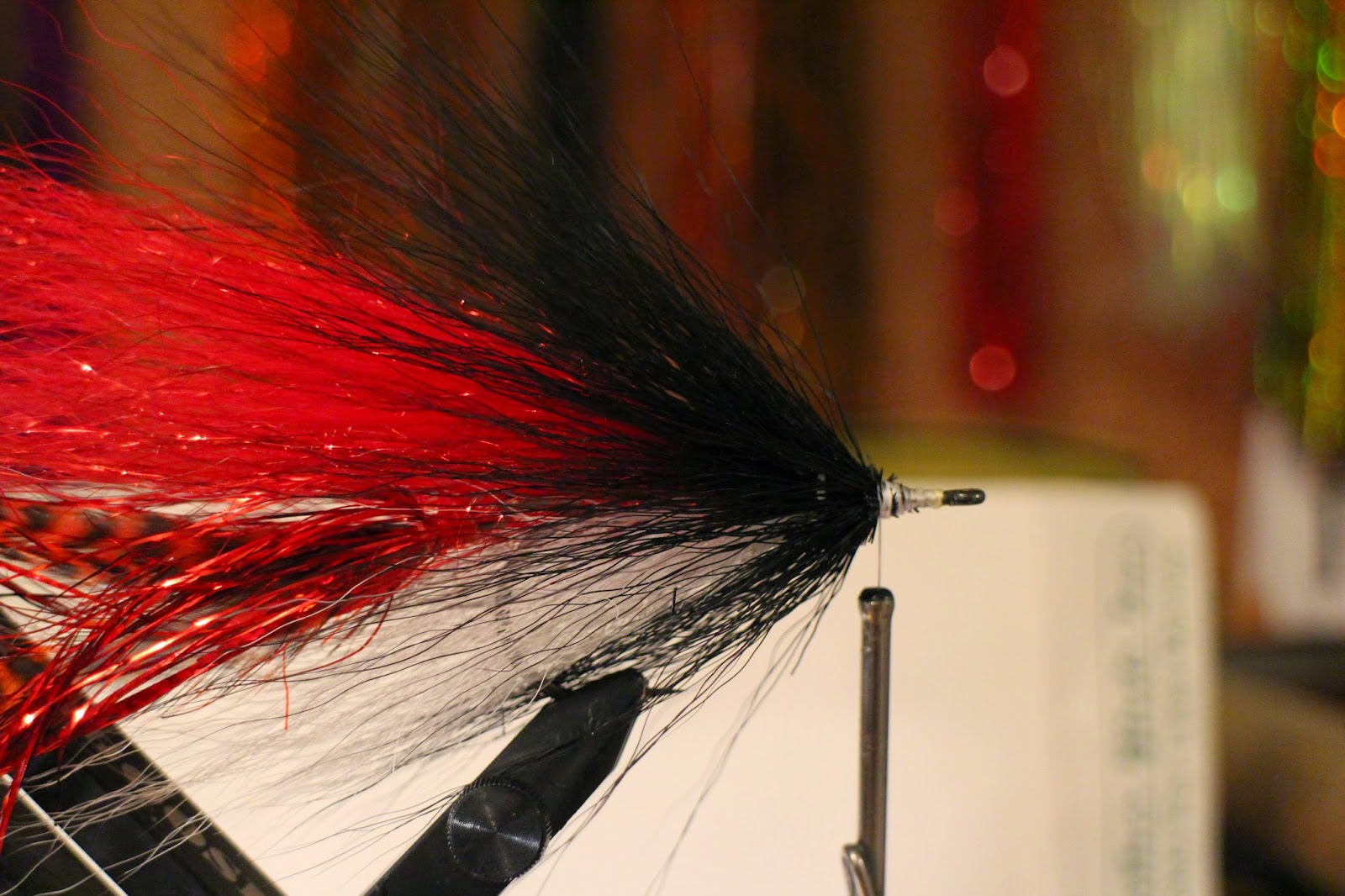 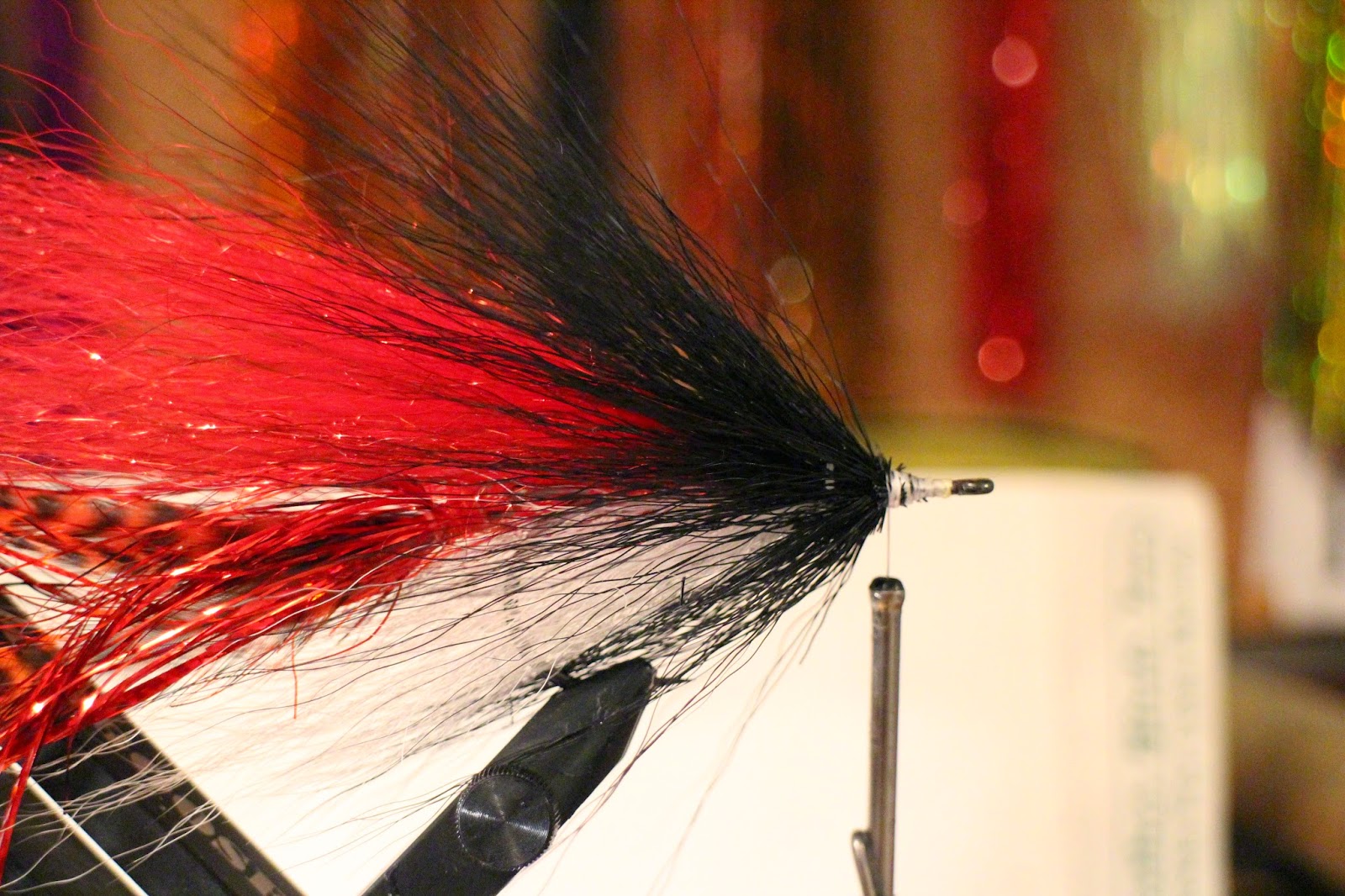 I have used three different colors but that's of course all up to you.
Then there's only the head left,three bunches of deerhair,trim it and finish with some epoxy. 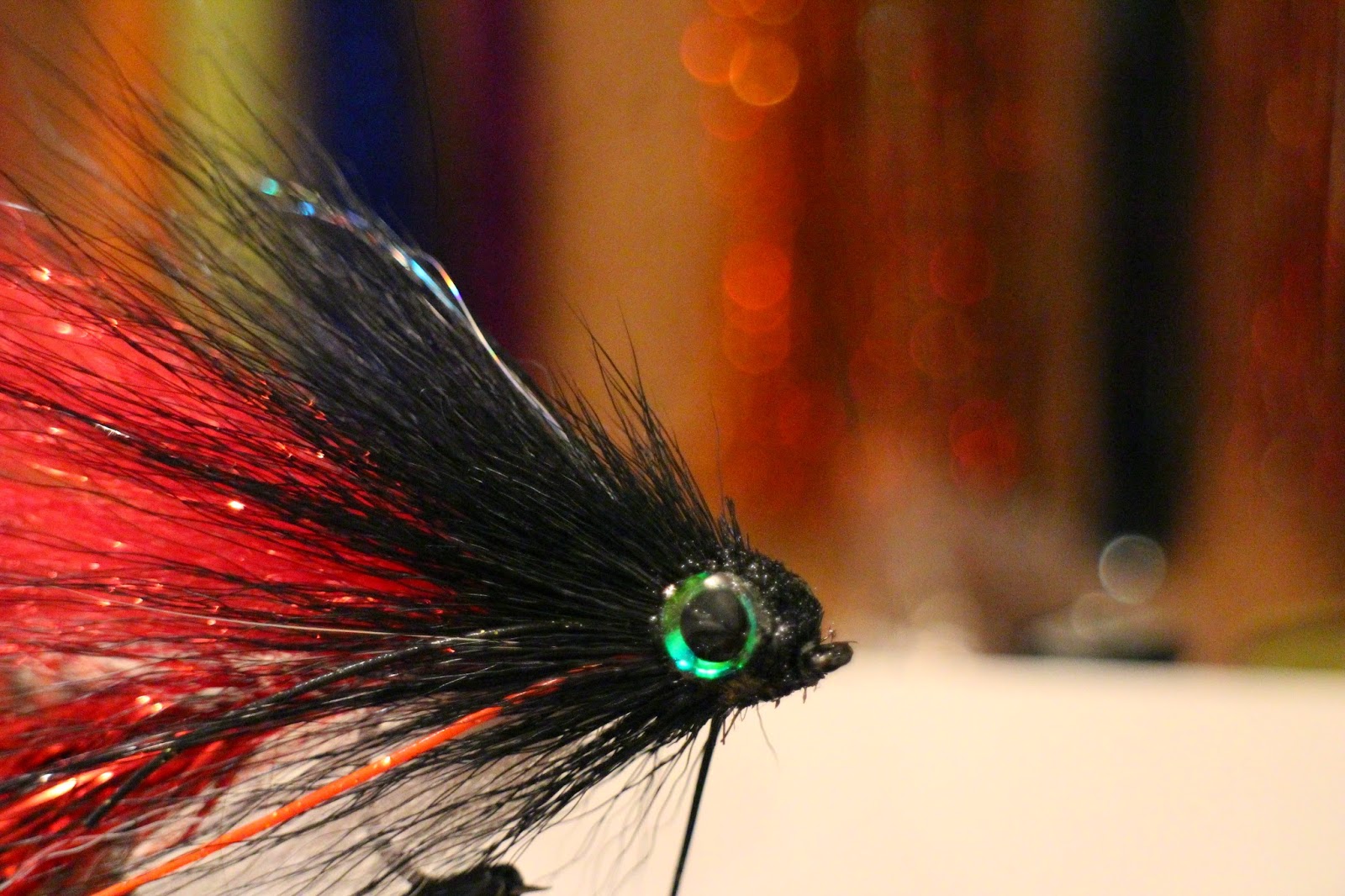 Almost forgot,added some rubber legs on this one.
It should be a fly that sinks when retrieving and slowly rise up in stops  using a intermediate line.
Hoping to get some tests done next weekend
Lähettänyt Unknown klo 13.44