These days fishing is pretty much to study the forecasts which also has to fit in in my other schedule.
Unfortunately I'm a part of that people who has to work five days a week to get my bills paid so
even if there was no wind and water level was on around -20 cm I was pretty happy to be able to early on Saturday morning launch my yak and before 9 am I laid out my first cast trying to fool some pikes to make a hit. 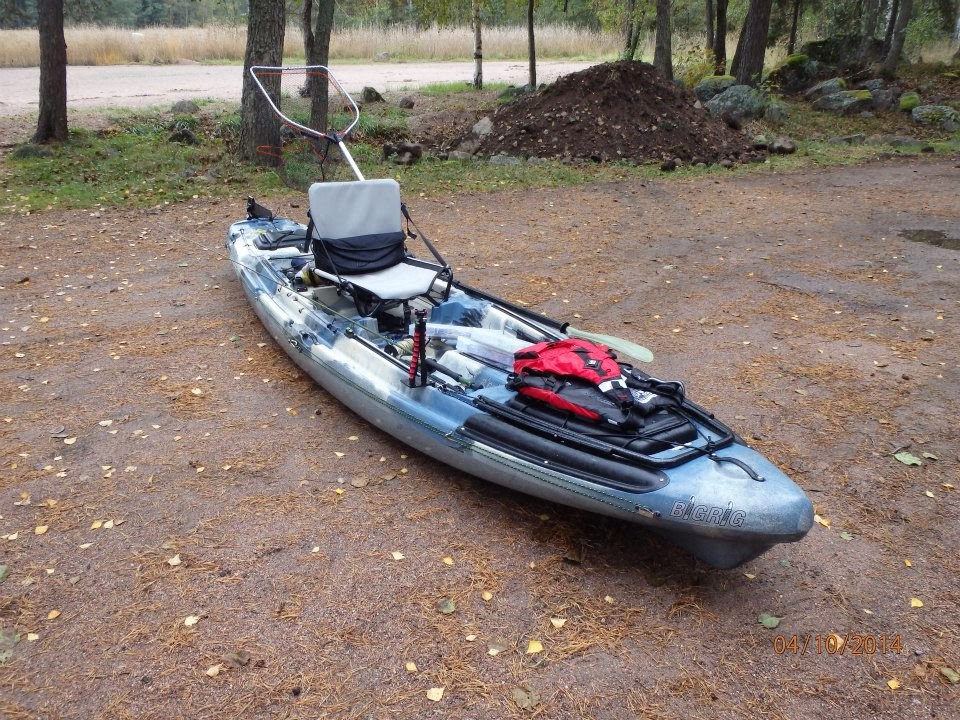 First 30 minutes was very boring with a totally calm surface and as cherry on top I got some heavy and cold rain showers on me. 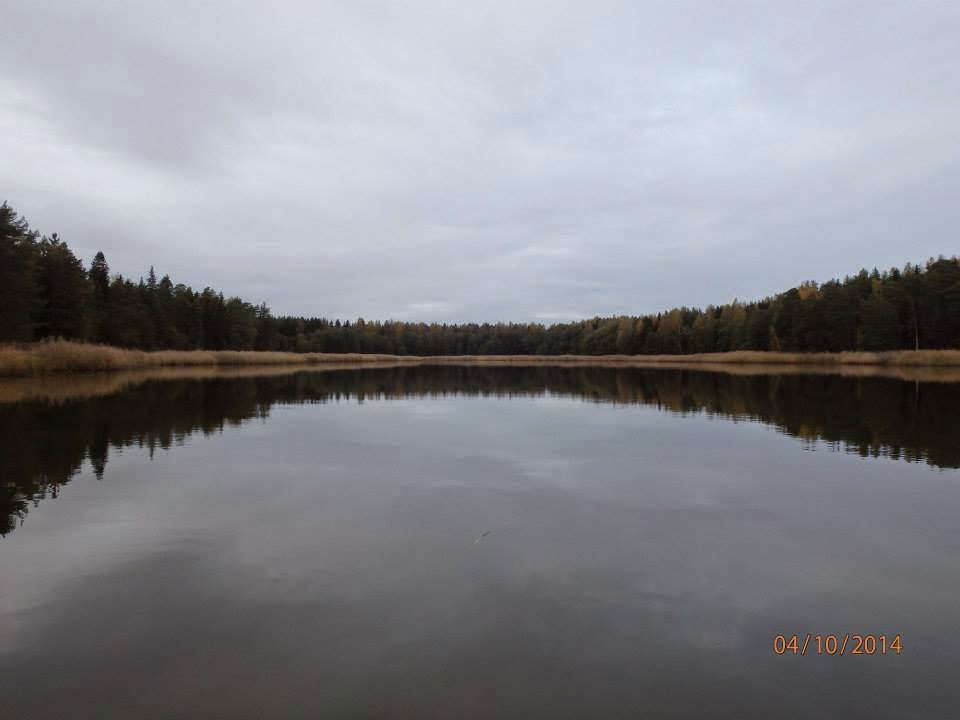 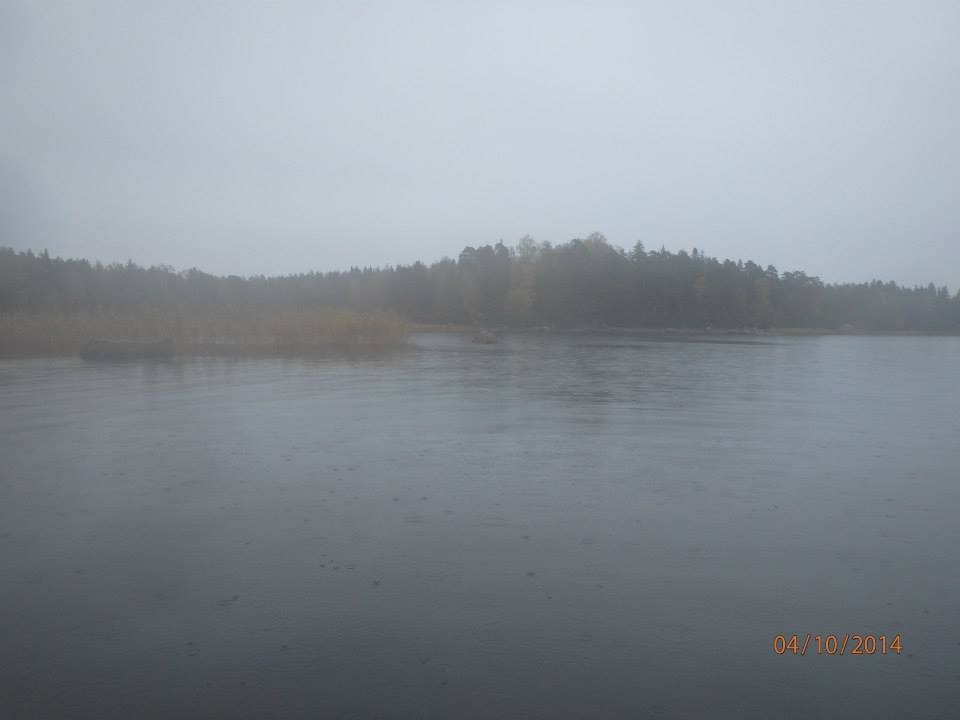 Tried both big and small flies but it took me almost an hour before I felt something on the other end of the line,a small jack who followed my fly,nibbling on the end of it but no way he would never managed to reach the hook,not bigger than the fly I used...
After this I downsized my flies and landed some jacks,on my way to my planned final location.
I was pleased that there was not much left of the rain I was able to even eat something without getting soaked.
Funny how after eating everything feel much better and even the focus is on right track and when fishing I managed to land fishes better,no dropped fishes now.
Even if I use to go with a motto "big or small,love them all" I wanted to go for bigger ones,small jacks had already raped a bunch of flies to this condition. 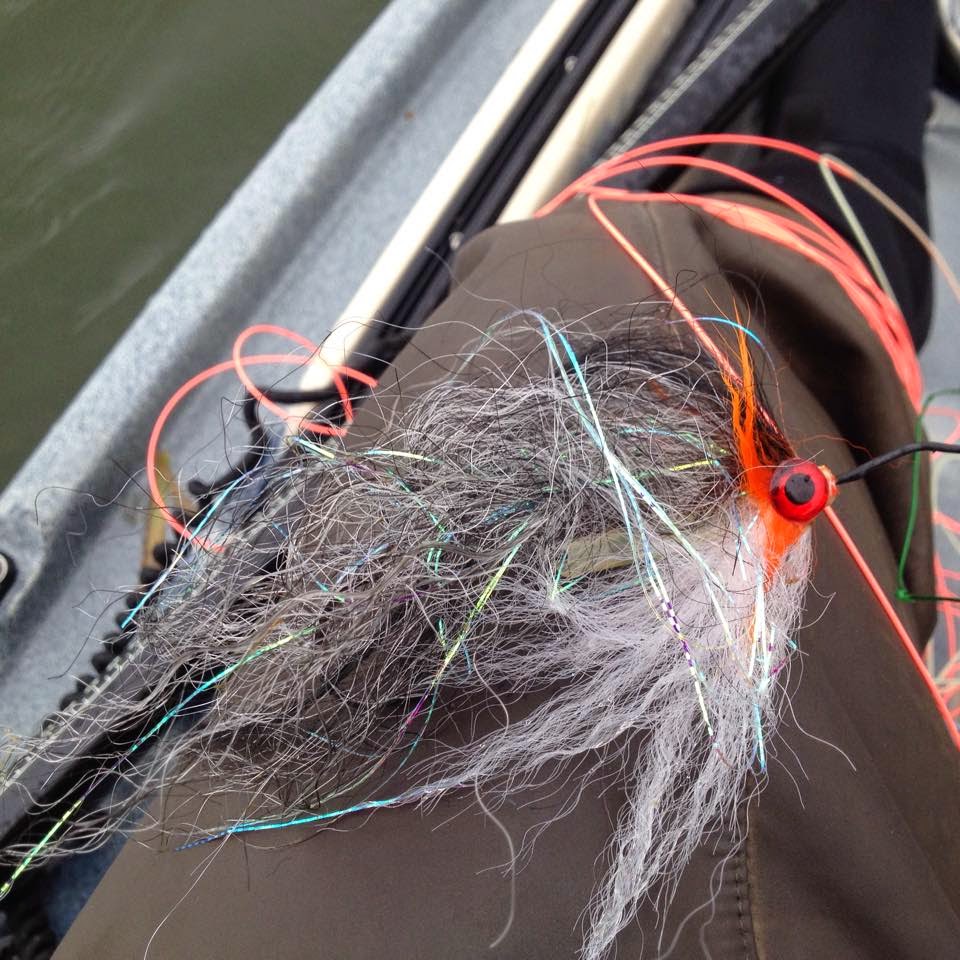 Changed my fly to a +30 cm model "chicken" and continued with that but with very thin results.
Also started to get a bit cold,had fished for almost eight hours already and the twilight was on it's way too so decided to slowly paddle back fishing some spots on my way,
Not far from my last planned stop I managed to get a cast in a small pocket among the reeds and almost immediately I felt a very heavy hit on the fly,
Had a fight for couple of minutes without any eyecontact with the fish and I was sure this was a big one,had a +30 cm fly on and couldn't get her up to surface to show her and decided to try to get my GoPro with headstrap  on with one hand while I fought the fish with the other,might have been a funny wiew.

After some minutes I managed go get an eyecontact with the fish and felt slightly disappointed of the size of  the fish,biggest of the day but far from a monster.
Took a photo using my new built camera rig. 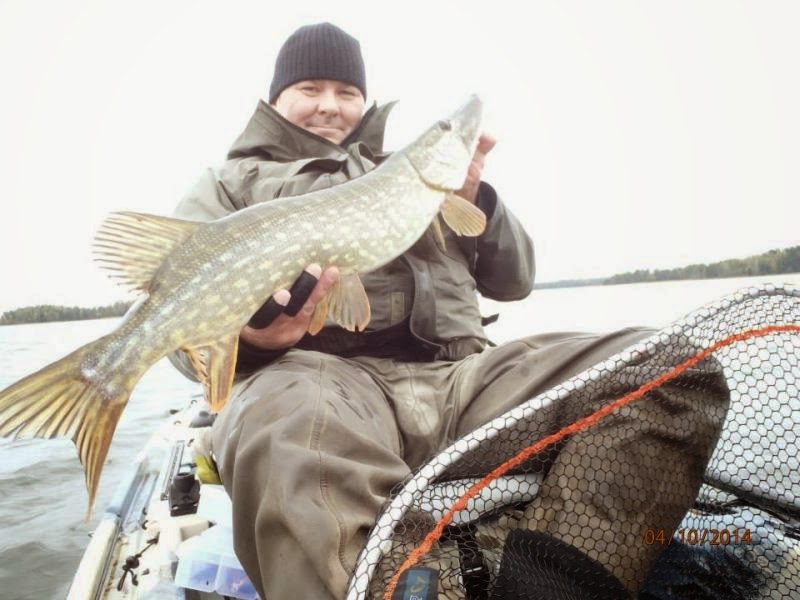 As you can see,the fish ain't big but next day when I emptied the memory card from my cam I finally understood what I had been a part of,My motto is really captured on film now and also I can say that size doesn't matter.
Here's a link to my fight with this madam,hope we meet again after couple of years/kilos
Hope you enjoy.