23 August was time for my long waited testrun in my new battleship,had study the forecasts for some days and decided to take a go on Sat.because on Sun there was some thunder on meny and I don't wanna sit in a yak then.
Had two days to check out my boat before D-day but was so busy at work that I was mounting an anchor on Saturday morning at the beach.
Actually my yak stood all by herself for those two days so we can say that only thing I knew about it was what I had seen on youtube.
Thought it felt a bit more wind than 5 m/s they promised me still on Sat.morning but I was behind a small islet so I wasn't sure.
As I predicted I got all my stuff with me without any problems and another notice I made was how all the mostly needed things in fishing was planned to reach easily,like tackle boxes on both side of the seat.
As long as I fly fish I don't need the "rocket launchers" behind the seat I can use one of them as a nice net holder,seemed to work fine. 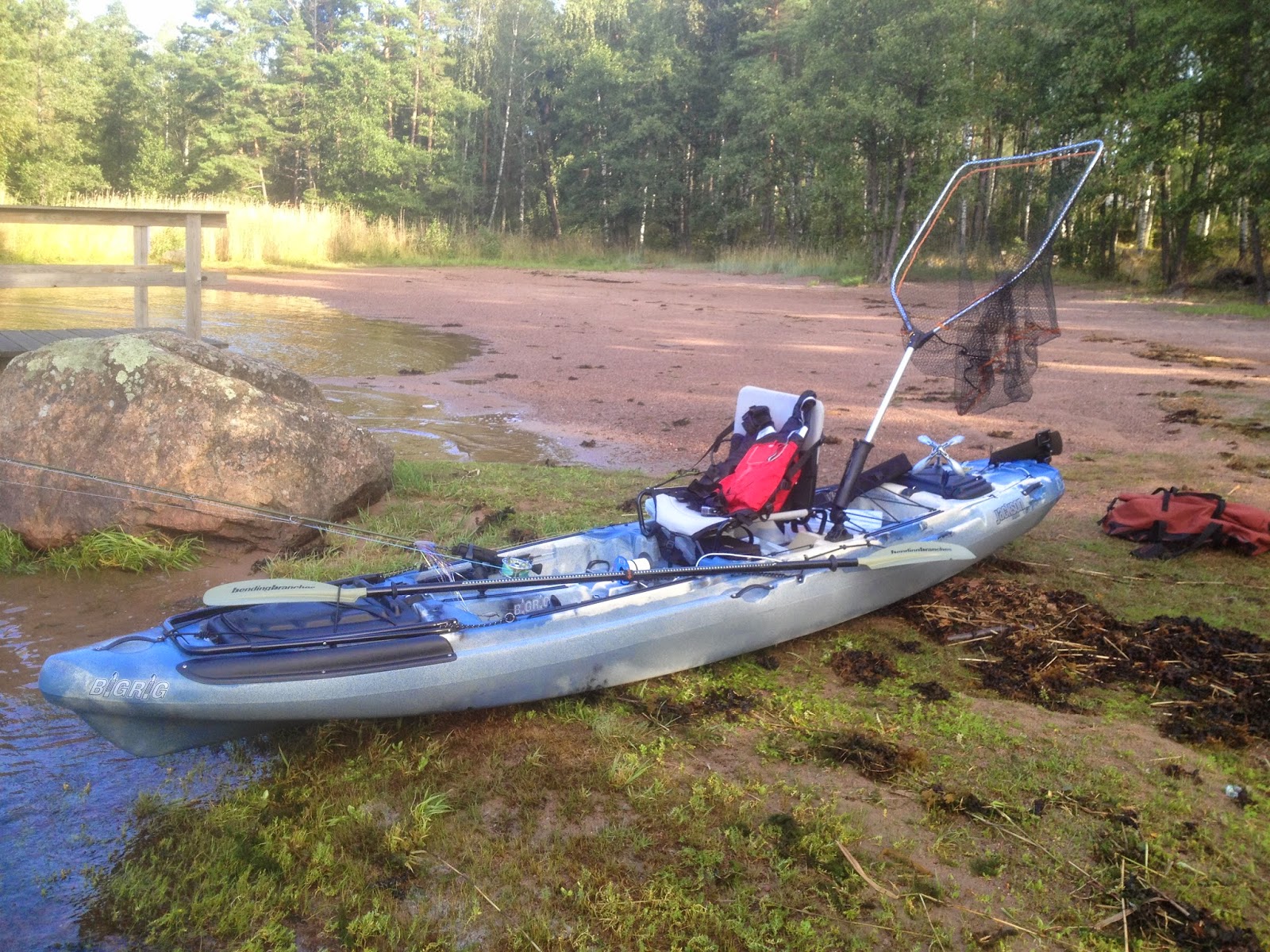 So,out at the sea....
Decided to try to stand up while I was behind the islet,the reason why I wanted to stand up was simply because this yak felt very stable in sitting position even if you sit very high and standing up was easy even for an old decrepit man like me.no problem to stand and fish anymore.Even if I mostly sit while fishing it's nice to have stability more than you need,feel safer so.
Now it was time to go paddling and my first notice was that it's a bit slower than my other yak,well this one is more than 15 cm wider which explain it,personally I appreciate width more than speed,and its not that much slower.
With my former yak I had to wait to test it in rough weather but now it seem that I have to wait to test this in better conditions,wind was very hard when I came out from the sheltered bay behind that islet,really had to paddle as hard as I could to get forward,12-15 m/s in gusts,otherwise +9 m/s.
Not exactly perfect conditions for a yak ride but BigRig acted fine,just fine,felt very stable even in this wind,only issue was to get forward.
Paddling against the wind for a time that felt like an eternity but manged to reach a sheltered place suiting for a break and couple of photos. 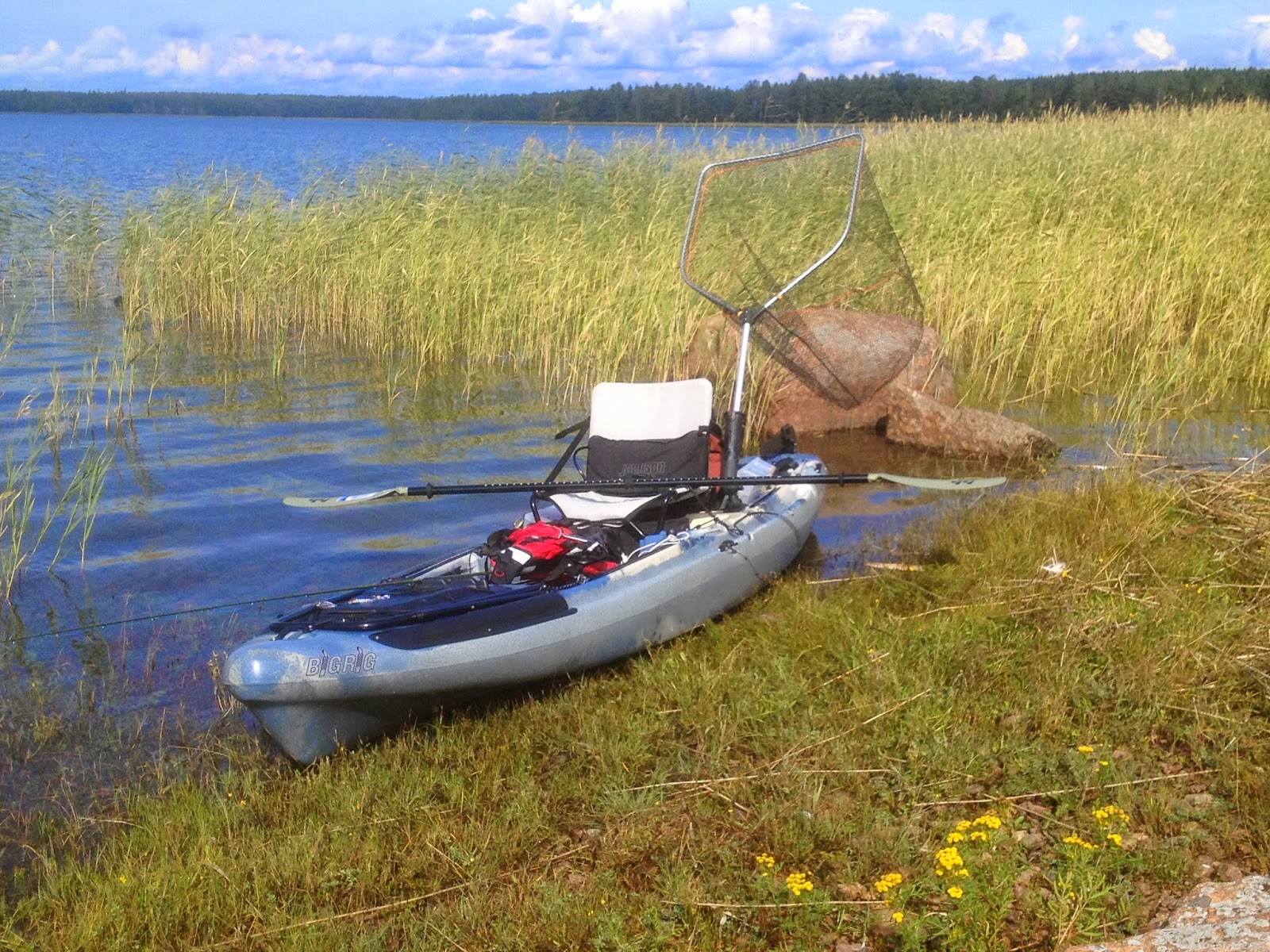 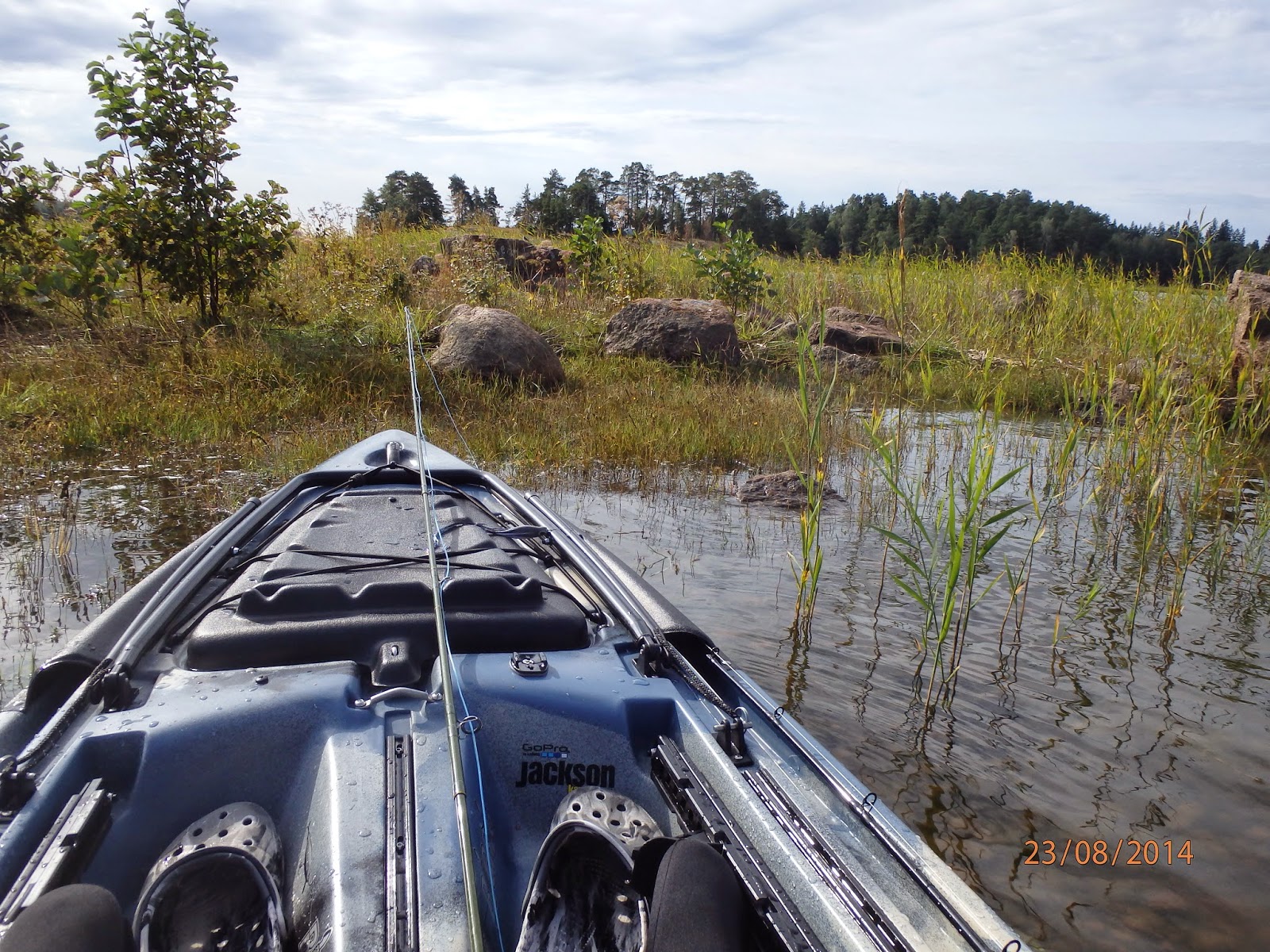 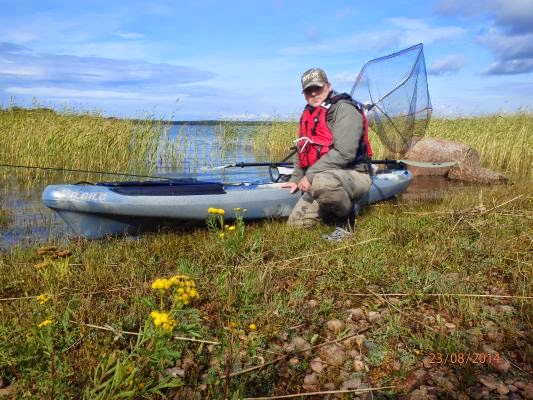 at this side of a island I managed to do some fishing too and landed couple of small jacks an dropped at least three,soon the wind went in to this bay too and it became so strong that fly fishing wasn't an option any longer,well,I had a spin rod and some lures with me too and continued with them for a while,the wind went stronger and stronger all the time and I decided to take a last break before paddling back to shore.
On these pics you can see how the wind went stronger while I had my pause. 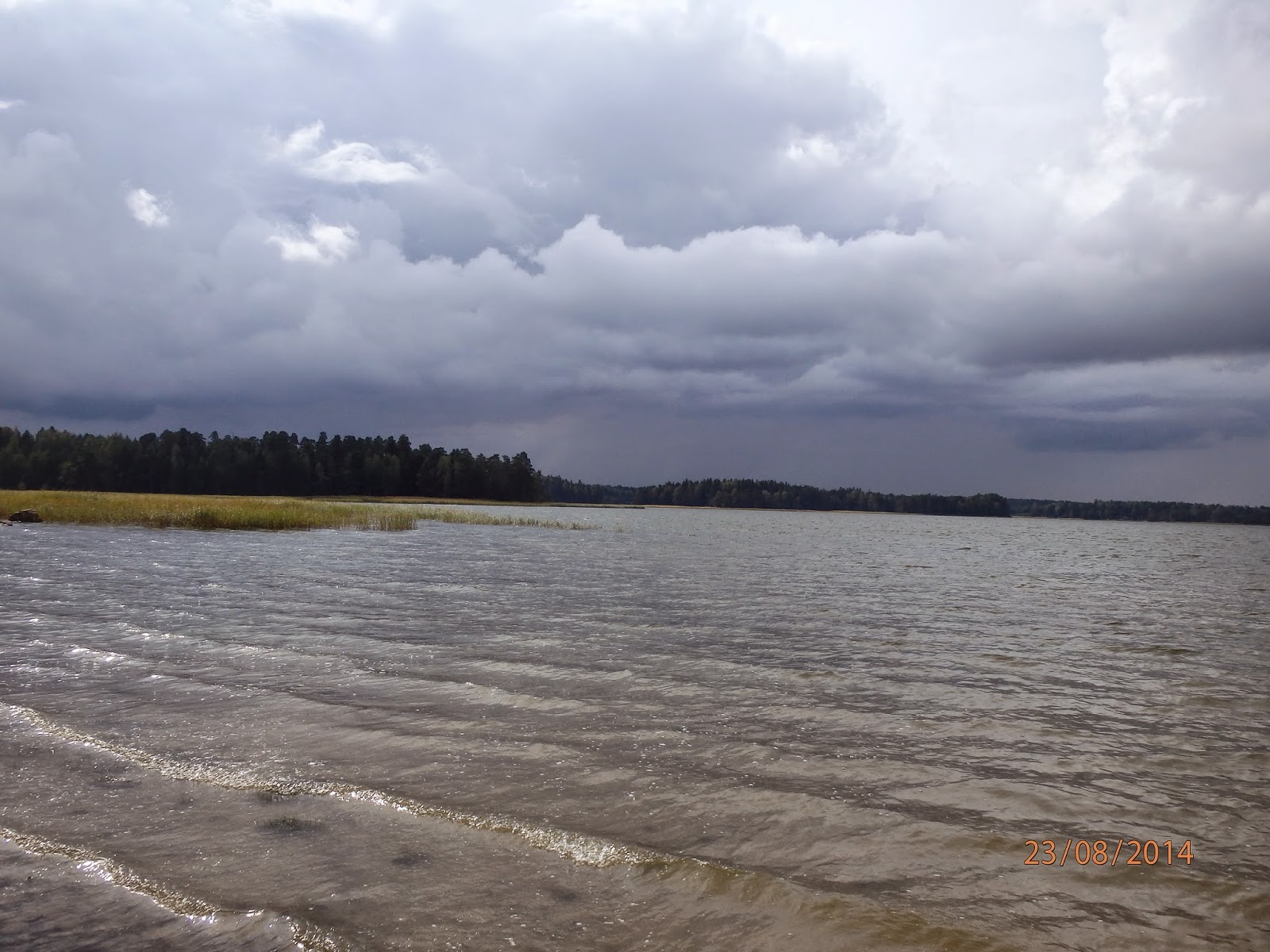 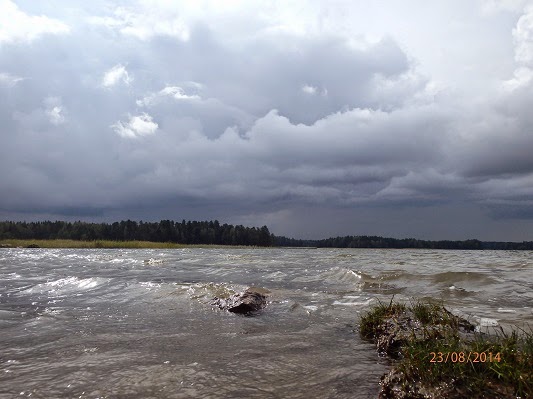 If I thought it was heavy to paddle here I have to say it was nothing compared to paddle back,was totally exhausted when I got back to dock.
Wish I have had a chance to do  a trip in better weather conditions but need to say that even if the conditions was bad I didn't felt afraid at all,I'm sure I gonna love this battleship after some modifications suiting better for my fishing.
A new anchor trolley system is on top of the list and hoping to get it installed before the Autumn fishing starts,The original anchor system is pretty nice with it's hidden anchor rope but I can't position my yak  perfectly without more anchor point options which is pretty crucial in fly fishing imo.
This was only some first notices I made and while the Autumn roll on there will be more analyzes made so stay tuned.