This summer will be remembered as a warm..no,a hot one,in July 26 days with temps over 27 degrees which has warmed up the water to over 25 degrees at some places.First it worked to go a bit further out but lately water has been that warm even there so I have decided to stop my fishing for a while in the name of Pikes welfare.
Temps has been cooled down a bit but are still in region of 25 degrees,hoping for some rain showers later on because I just need to get out next weekend,it might just be that I'm out for pearch or even zander if the weather not cool down enough.
Anyway even if I have been so lazy tying flies for several months now there has been a fly every now and then and I have even managed to  get a tying video made of a Pink/silver fly. 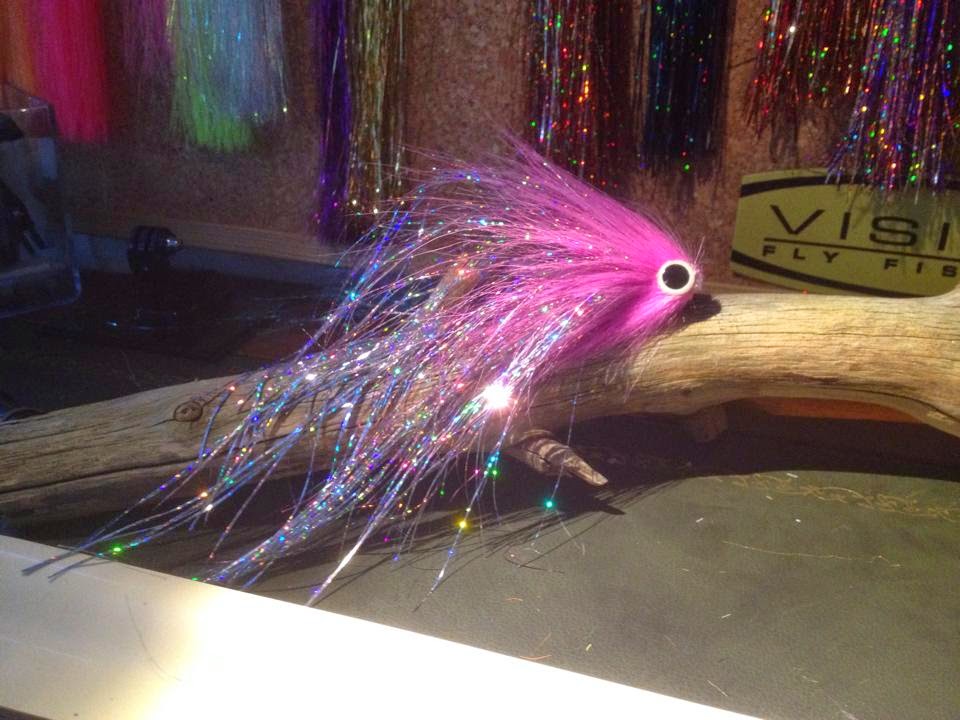 Also got me some new awesome 16 mm eyes from flydressing and have to say that even if they look big in the package the look only amazing on the flies. 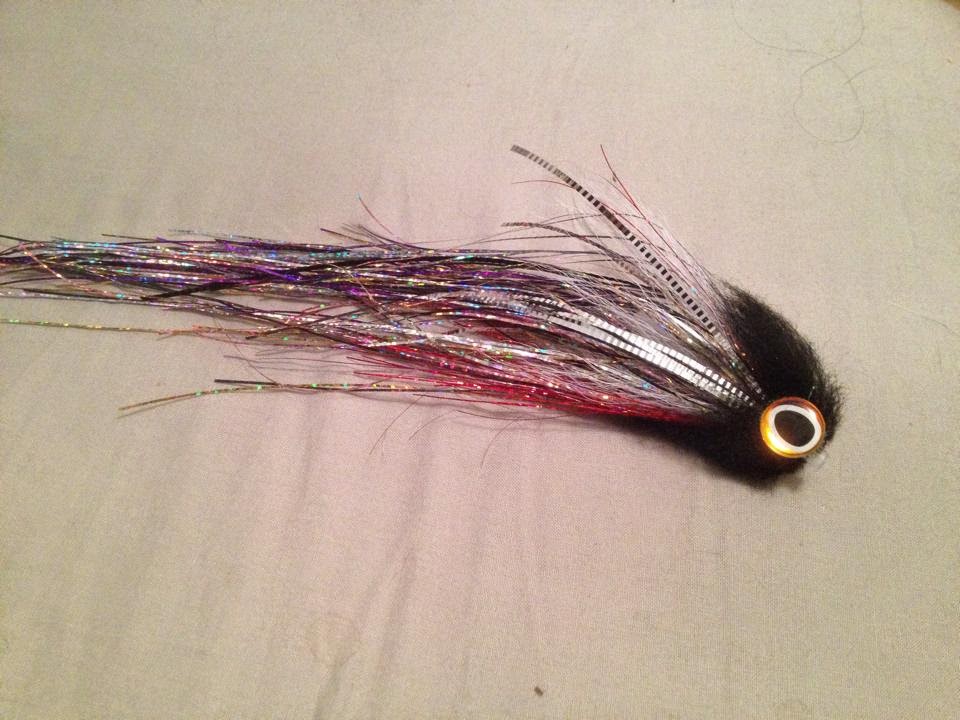 And finally some random photos of my ties lately,noticed that should update this part more often too :) 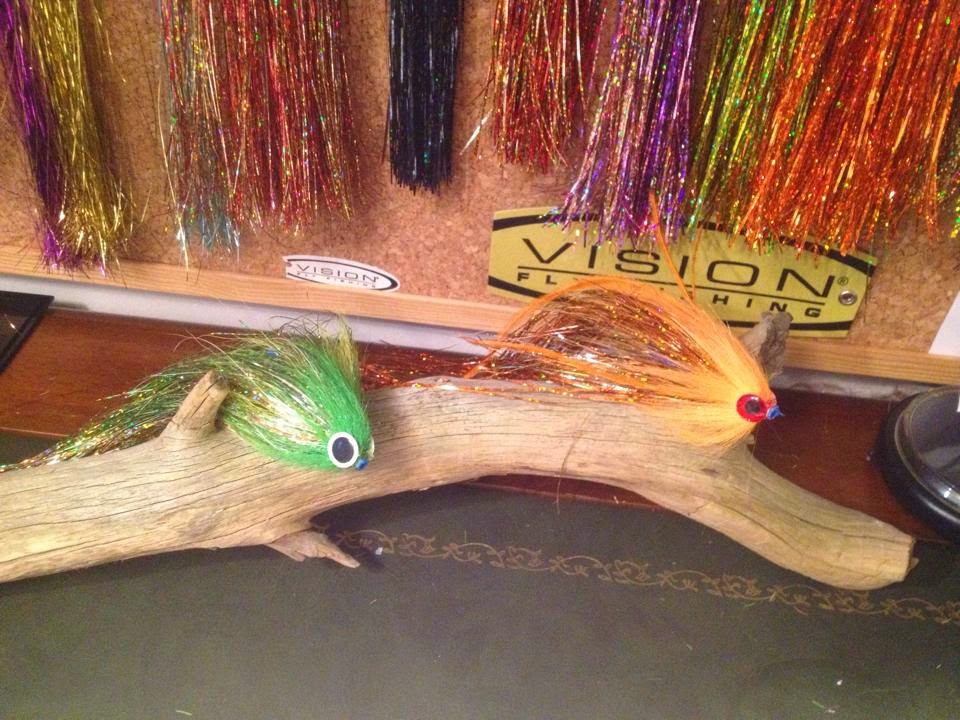 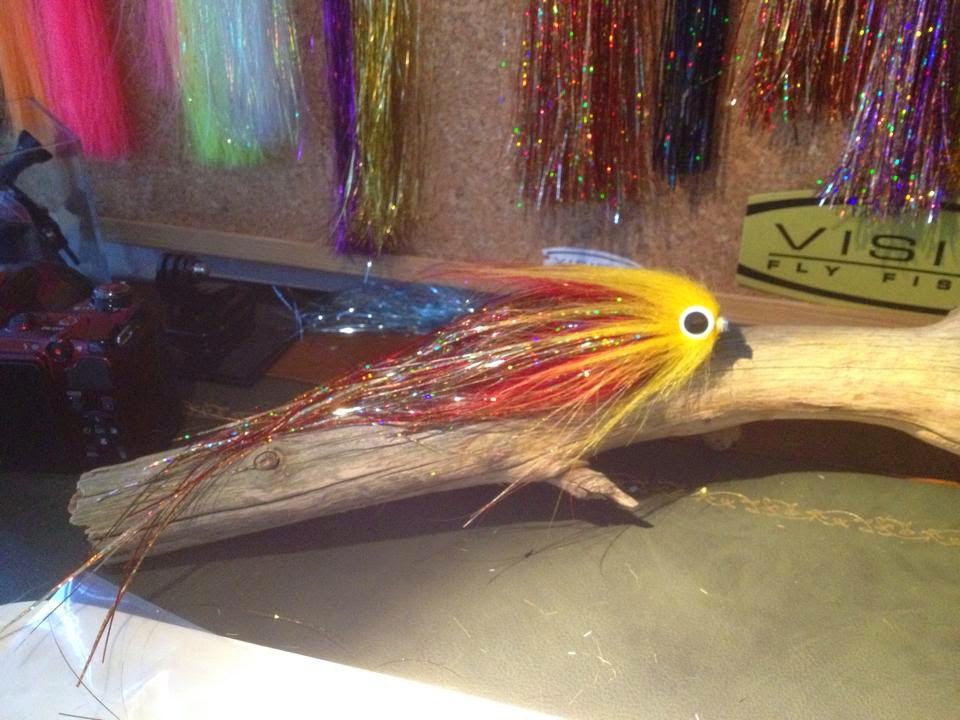 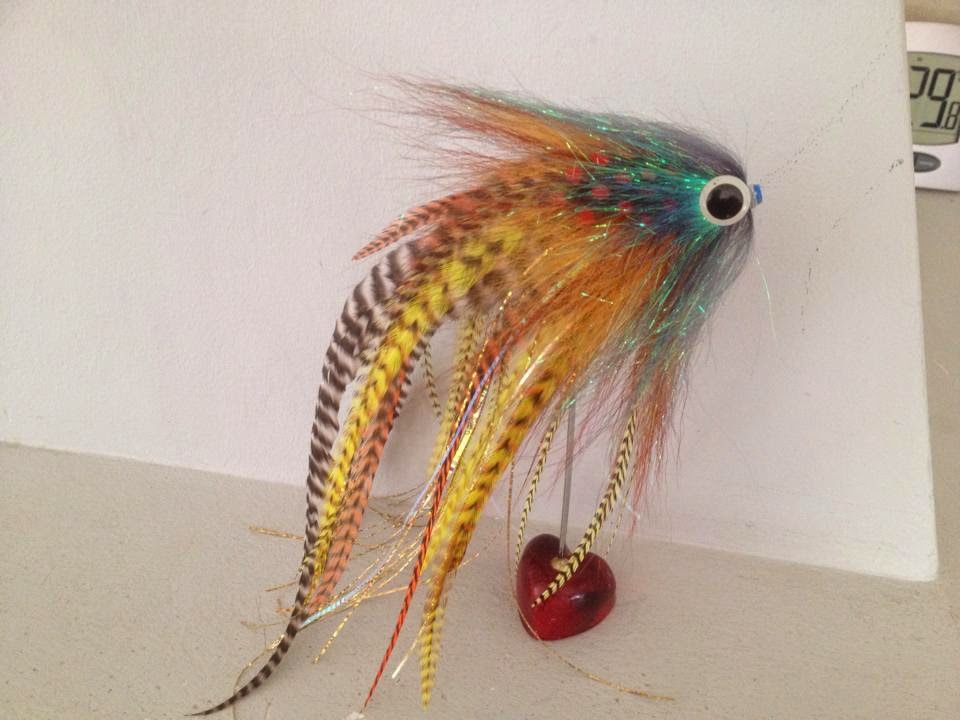 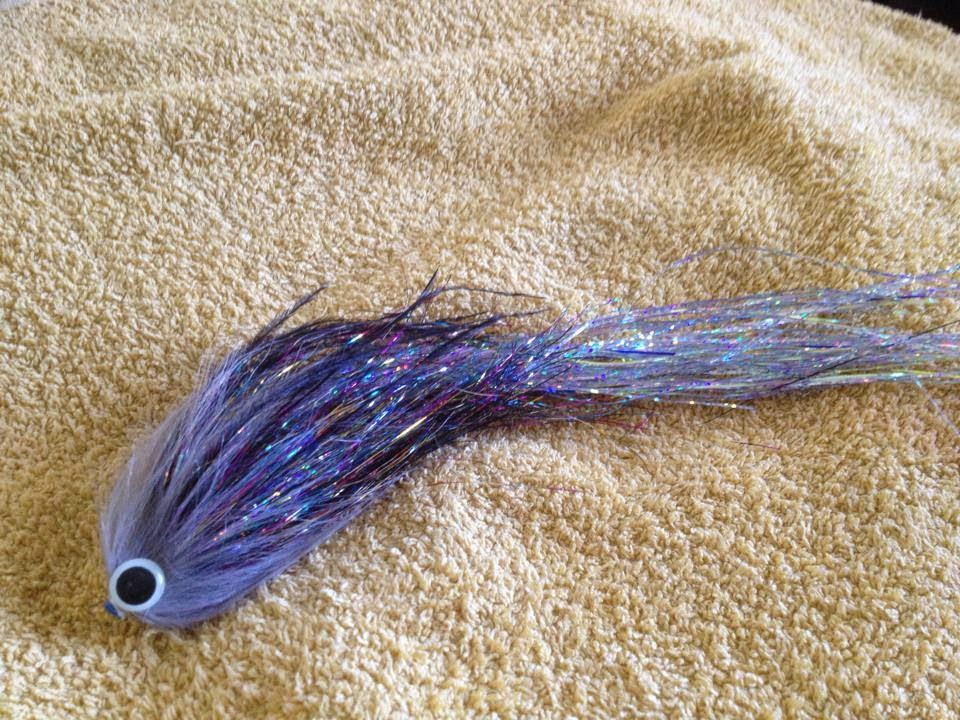 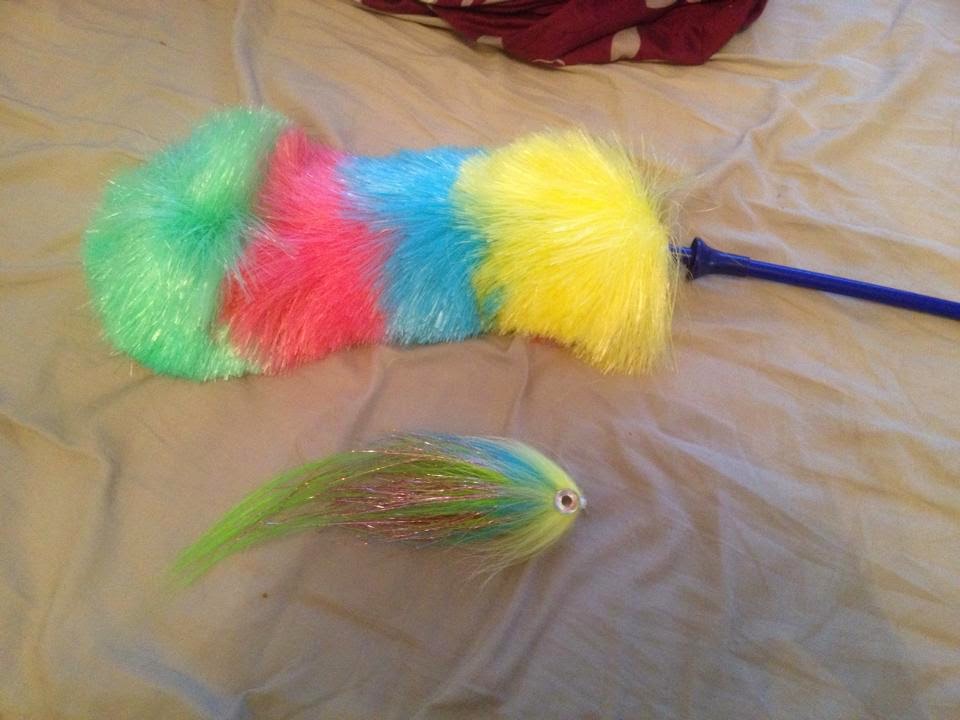 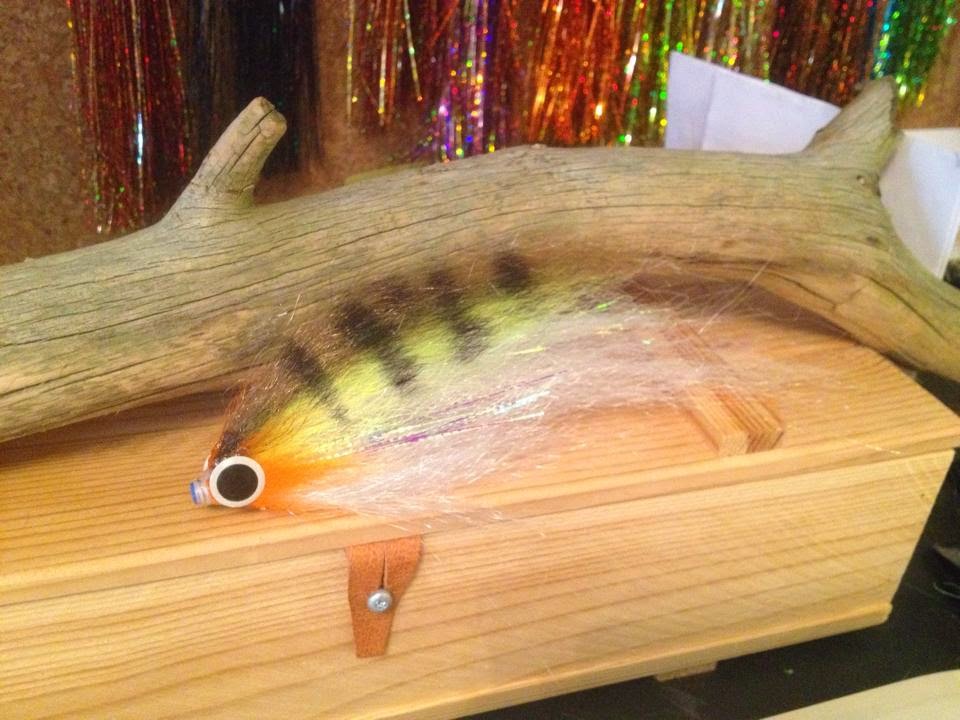 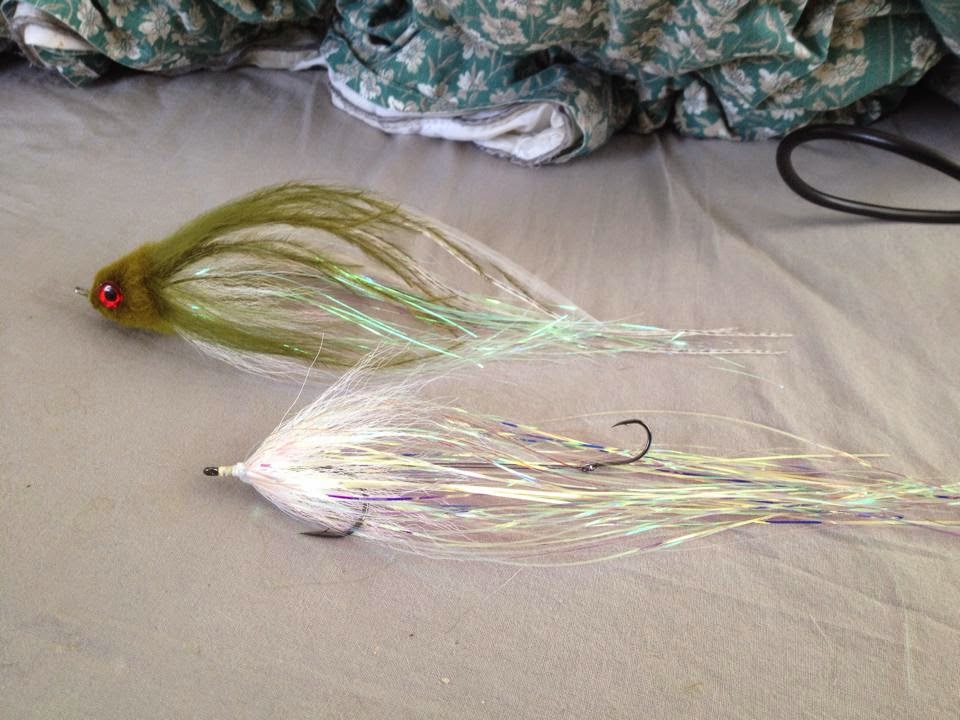 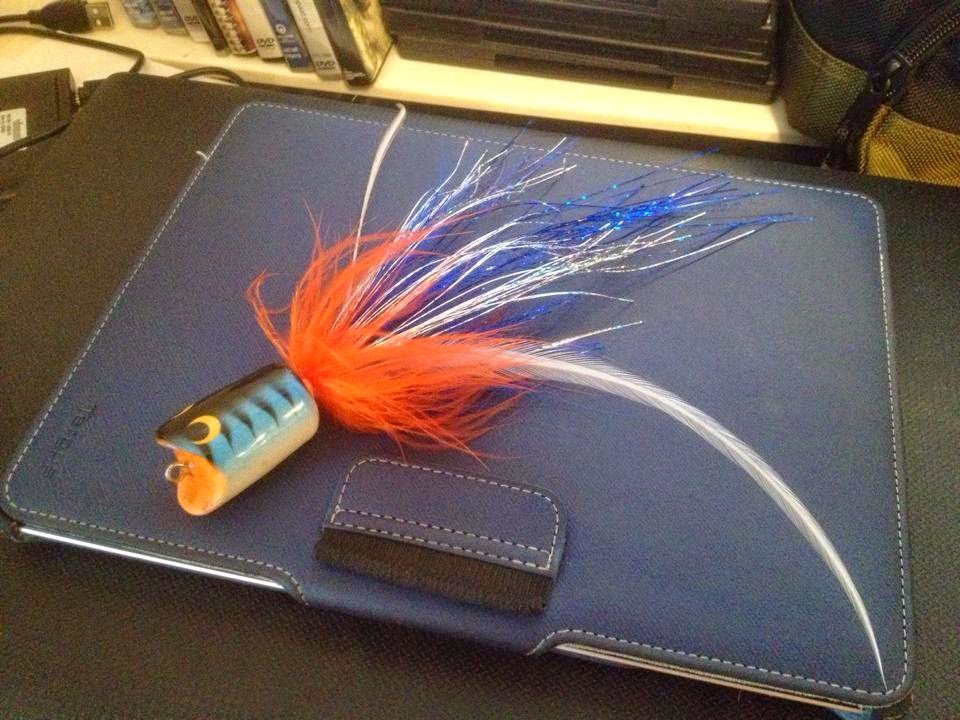 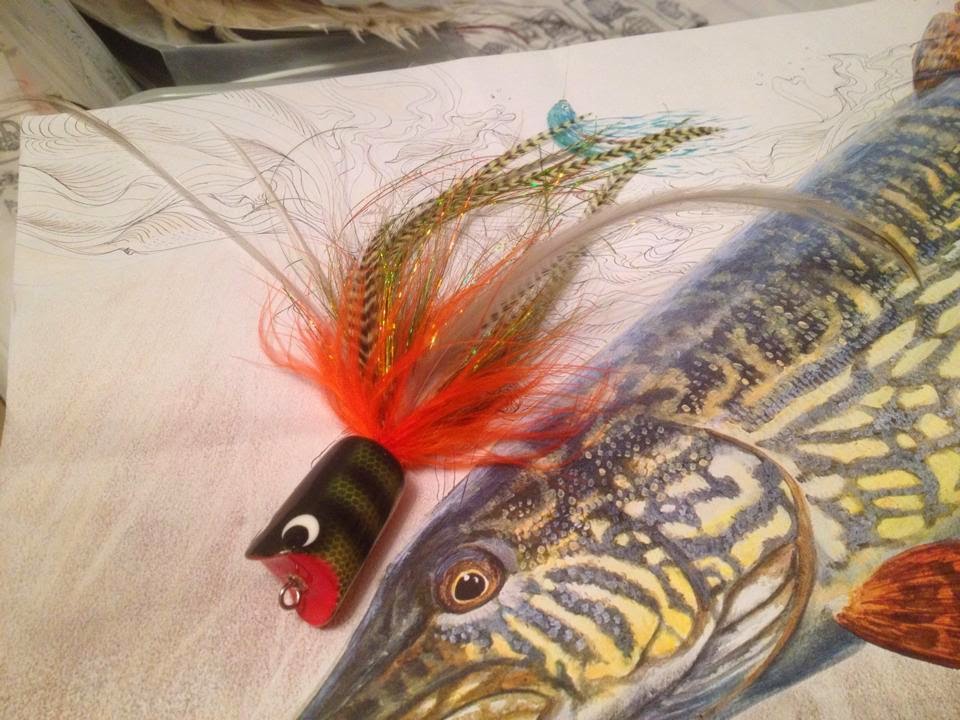 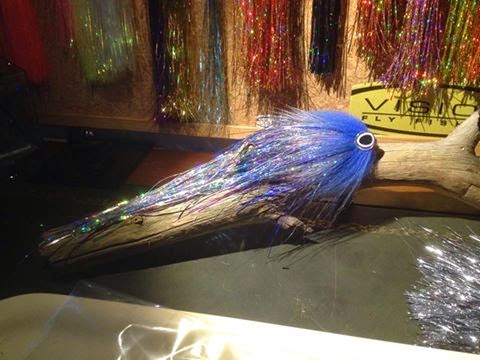 Those awesome popperheads are made by Chris Chandler from Jerkbaitmania so if you  interesting in them you need to turn to him.
As I told you I have been a bit lazy to update my ties but I will try to show up some more ties soon and next weekend I will go out fishing so stay tuned.
Lähettänyt Unknown klo 13.15