So,couple of trips more made with my kayak and also some tuning between fishing.
Tomorrow I will go fishing again,and two days after that too.
Have no big expectations  because looking at forecasts with sun,no wind and the wind blowing from north everything seems to be against a good fishing day but it's not so important at this stage,just nice to be out on sea paddling around.
Was last weekend on Saturday out fishing from boat because of the very strong wind (13-15 m/s) and no chance to do some reasonable fly fishing so lures was the name of the game.
Tough fishing,at least we found some active fish a bit outside of the reed but in bays were wind was pushing food into it.About 15-20 fishes were landed on Saturday. 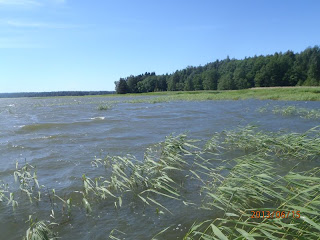 As you can see the wind was pretty strong.
Sunday was dedicated to fly fishing from kayak because it was only 4-5 m/s blowing from same (north) direction.
Even if I fished my biggest aim was to test and hopefully learn something from my new echo sounder.
got also rod holders assembled and they are nice to have,probably there will not more tuning on this boat,need some free space too to fly fish,maybe some kind of a dashboard for my tools (pliers,scissors,knife and my unhooking plier) but no hurry with that.
Anyway,fished on almost same spots that I fished on Saturday and I found a place that will almost suddenly be hot later on autumn. 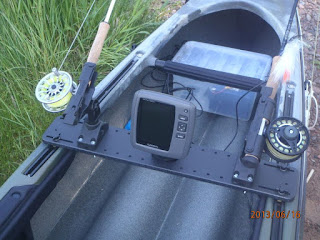 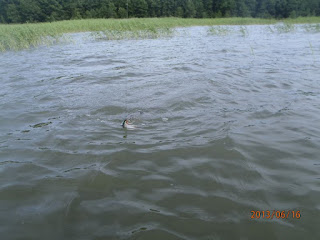 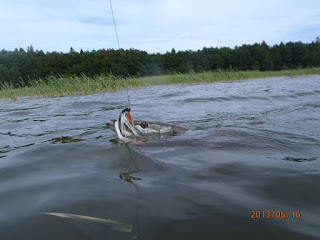 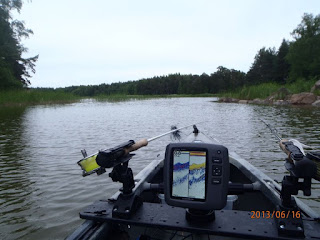 Now three days fishing in a row,one week at work and then Vacation :) two first week will be fishing and perhaps some.......fishing :)
Lähettänyt Unknown klo 22.42