Back to fly tying

It has been a while since my last posting.It doesn´t mean that I have not been out fishing.
The truth is that I have fished a lot which take some time,I also have started at a new job which takes me a LOT of time so there hasn´t been too much extra time for writing.

Anyway the weather has slowly cooled down and somehow you can feel the summer is finally over and the autumn is on it´s way bringing the big predators to shallow water closer to the shore.
In other words it will soon be time for some serious pikehunt,and when the water cool down a little bit more it´s time to grab the flyrod(finally)and fish the way I really love,starting tomorrow.
I put both tying and flyfishing on hold for the whole summer and has been fishing with spinner and chatterbaits instead,that including some lurebuilding too and I have to admit it has been nice in some ways. 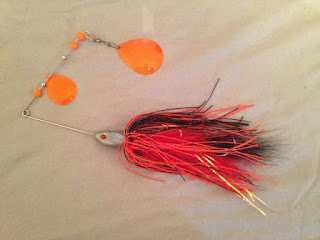 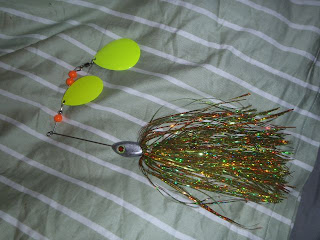 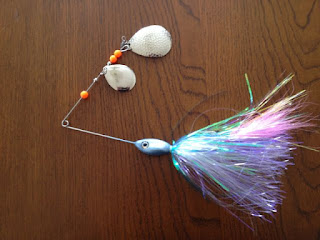 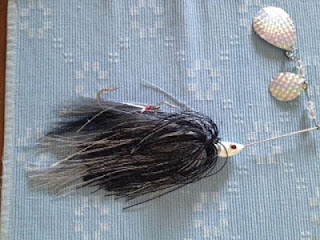 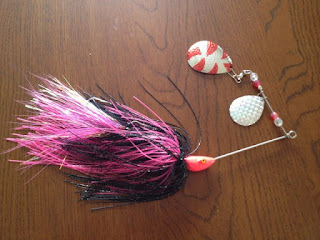 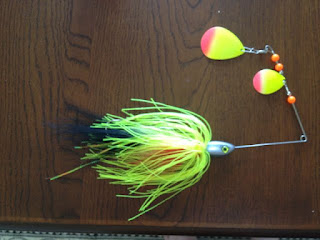 These have worked fine with a lot of catches.
Chatterbaits have also catched some fishes but as much I´ve expected when I started to use them.Last time I was fishing I had a competition between them,ten casts with spinnerbaits and then ten casts with chatterbaits and spinners won with nine against three pikes,even the size was bigger with spinners.

One thing that came to my mind was my wounds from almost every trip I have made lately.Had earlier this season a pretty bad wound on my thumb but I didn´t learn much from it....at my latest session I had a decent sized fish caught and the chatterbait was deep in it´s throat and while I was releasing her she dumped her teeth in two of my fingers and once again I had blood all over,it was bleeding pretty much so I almost stopped my fishing but finally it dried up.
A friend of mine wasn´t as lucky as I,a pike burst a bigger vein and he had to go to hospital and get five stiches on his thumb,he also lost a lot of blood before he get there.Therefore I bought me a small first aid kit to have in the boat,I strongly recommend the same to all of you pikehunters,(you can see some pictures from his blog: http://aspfishing.blogspot.fi/)

As I told you earlier my flytying has been on hold for a while but now before the autumnfishing starts thought it would be nice to add some new members to my older ones but..... 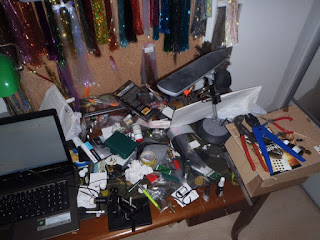 No excuses here,just to clean up first :)
And then some tying,it felt a bit strange after a long pause. 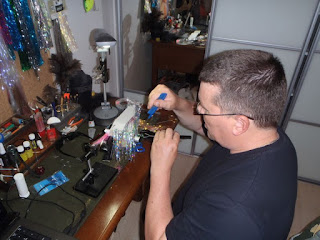 Even managed to tie in loop without all materials on the floor. 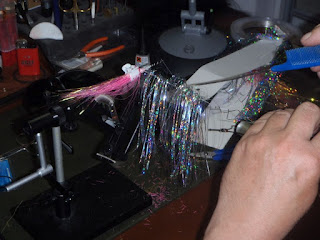 Think I need some practice. 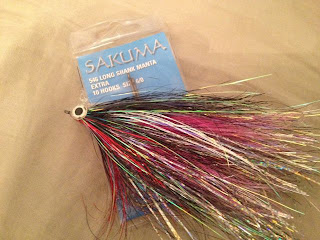