Kept on watching at forecasts several times a day the whole week before the D-day last Sat.
The reason for that was I had my friend,Pietro with me fishing and I always want my friends have a good fishing when thy out with me.As usually the forecasts changed all through the week and finally on Saturday almost everything except some sunshine was good for pikefishing.
Wind from south,raising air pressure,and raising water level made me forget the sunshine,to be honest,don't know if I'm getting old or what but I actually enjoined the sunshine,
Had many spots in my mind even before we went out,and when we arrived to the first place I saw a well known boat close to it,two friends was also out fishing and we had a quick talk with them,they had not  landed a single fish yet,oh no,not one of these days again I hoped.
We anchored a way from them and started to fish and not long before Pietro had a hit on his fly,and minutes later he landed his own PB on fly,a nice 102 cm ma'm 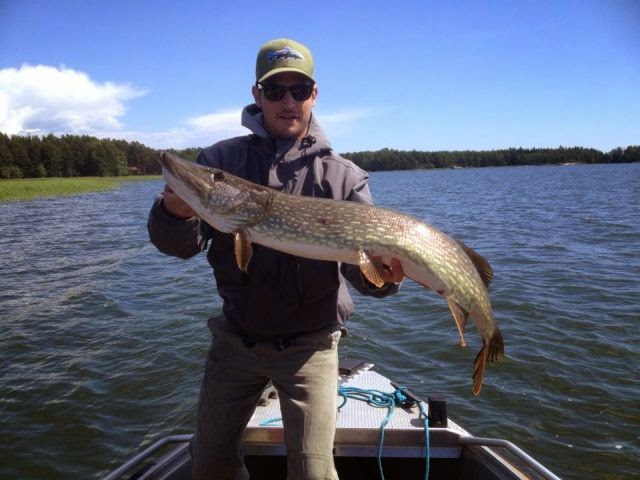 Game on then and in style.We kept fishing the same shoreline landing some fishes now and then but the big guns were missed.
When fishing this shoreline you come in to a bay which include a big area to fish and we spent some hours fishing here but except a drop of a slightly better fish the size was small. 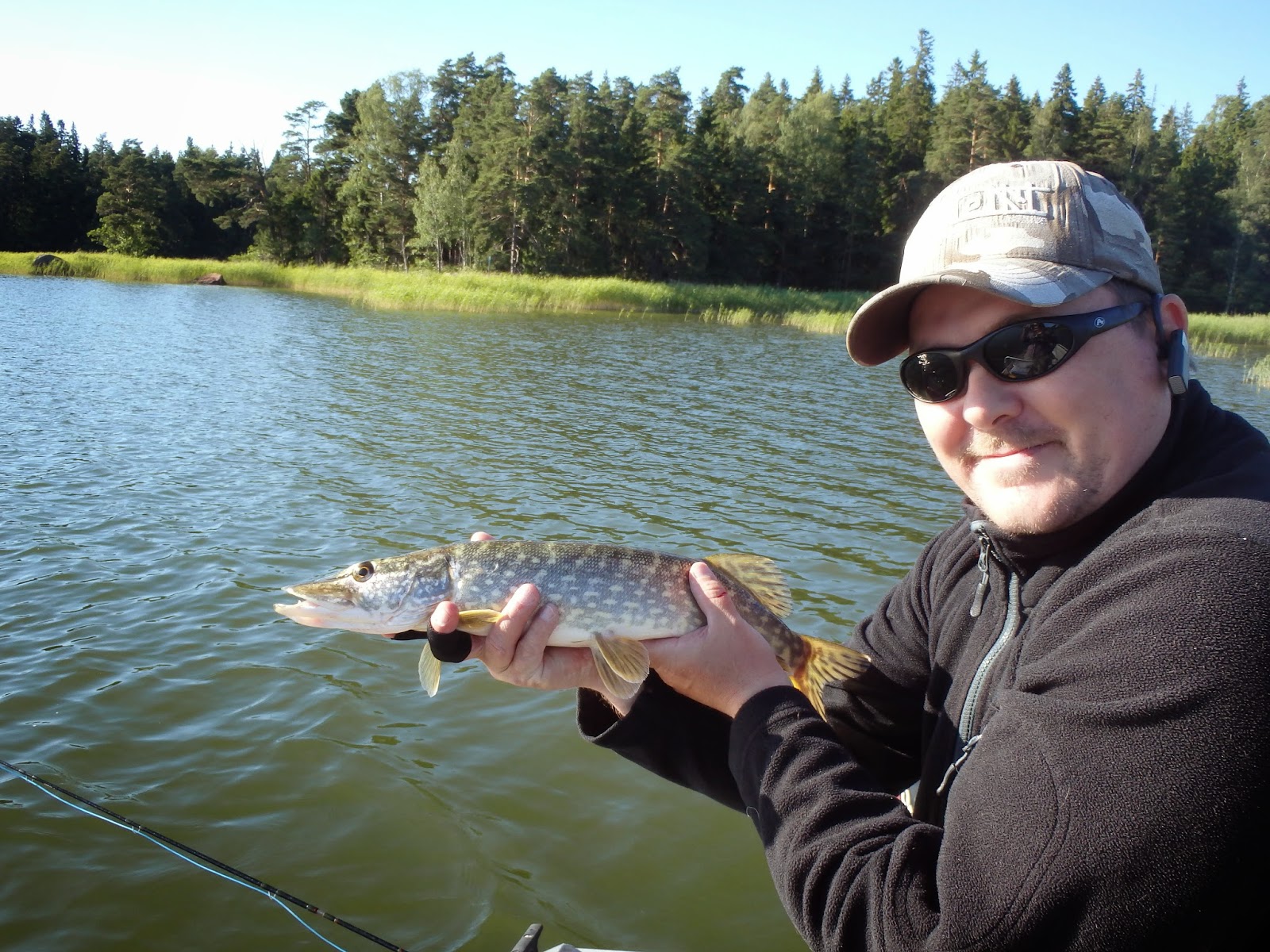 At one stage after maybe 15-20 landed pikes we had a moment of an hour without any action so we decided to totally change our tactics and soon we were arrived in to a sheltered bay with barely no wind at all and started to comb this area which looked like anything could happen now.
but except for some more jacks it was not until the very last stop before it start to happen....
had my boat slowly gliding into position for fishing and not too many casts before I felt a small pike at the other end of the line...wait....this ain't a pike,it's a big pearch
soon I landed propably my biggest pearch ever,about 40 cm long,this really made my day. 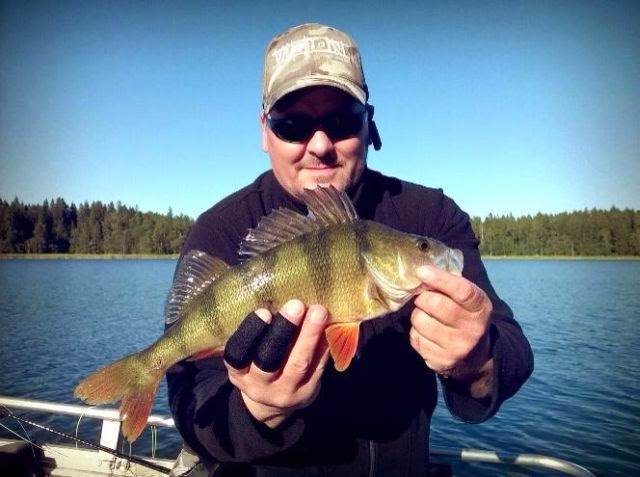 There was more to come,minutes after mine nice fish Pietro said "fish on" ,said fish on because he knew it wasn't a pike and not long before he landed a in my eyes a incredible 46 cm !!! 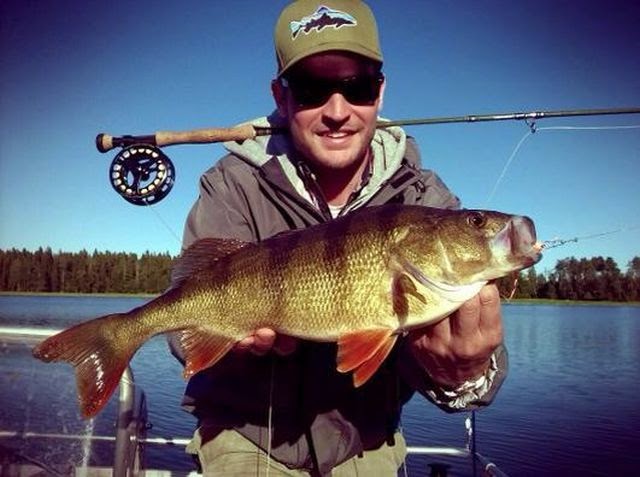 Not every day you making two new PB:s in a couple of hours.Now it was good time to put a end to this day which we will remember for a long time.
Also decided to try more seriously for pearch some day and my gearing up for it has already started,
Here you got some random photos from our nice day at the office :) 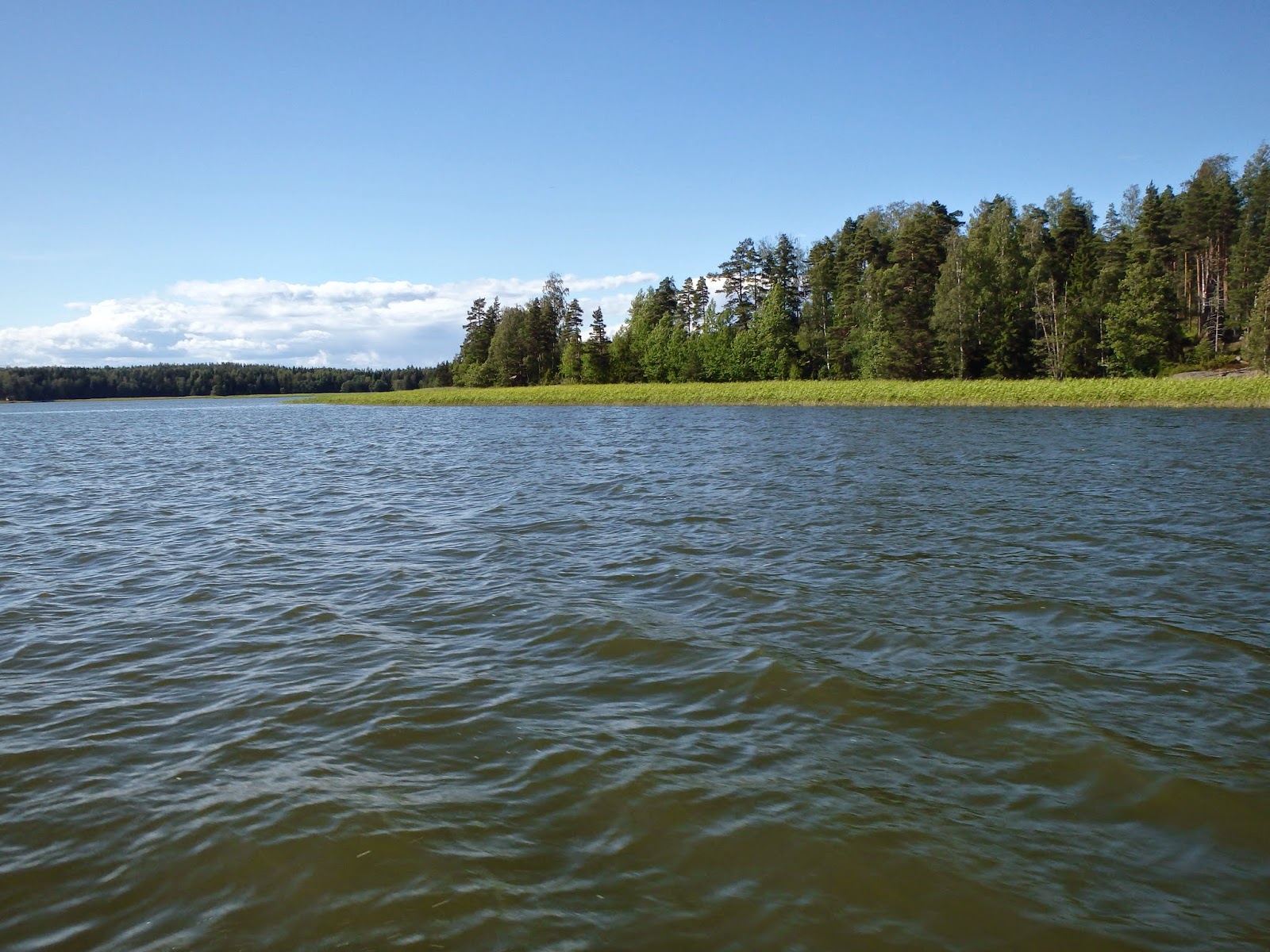 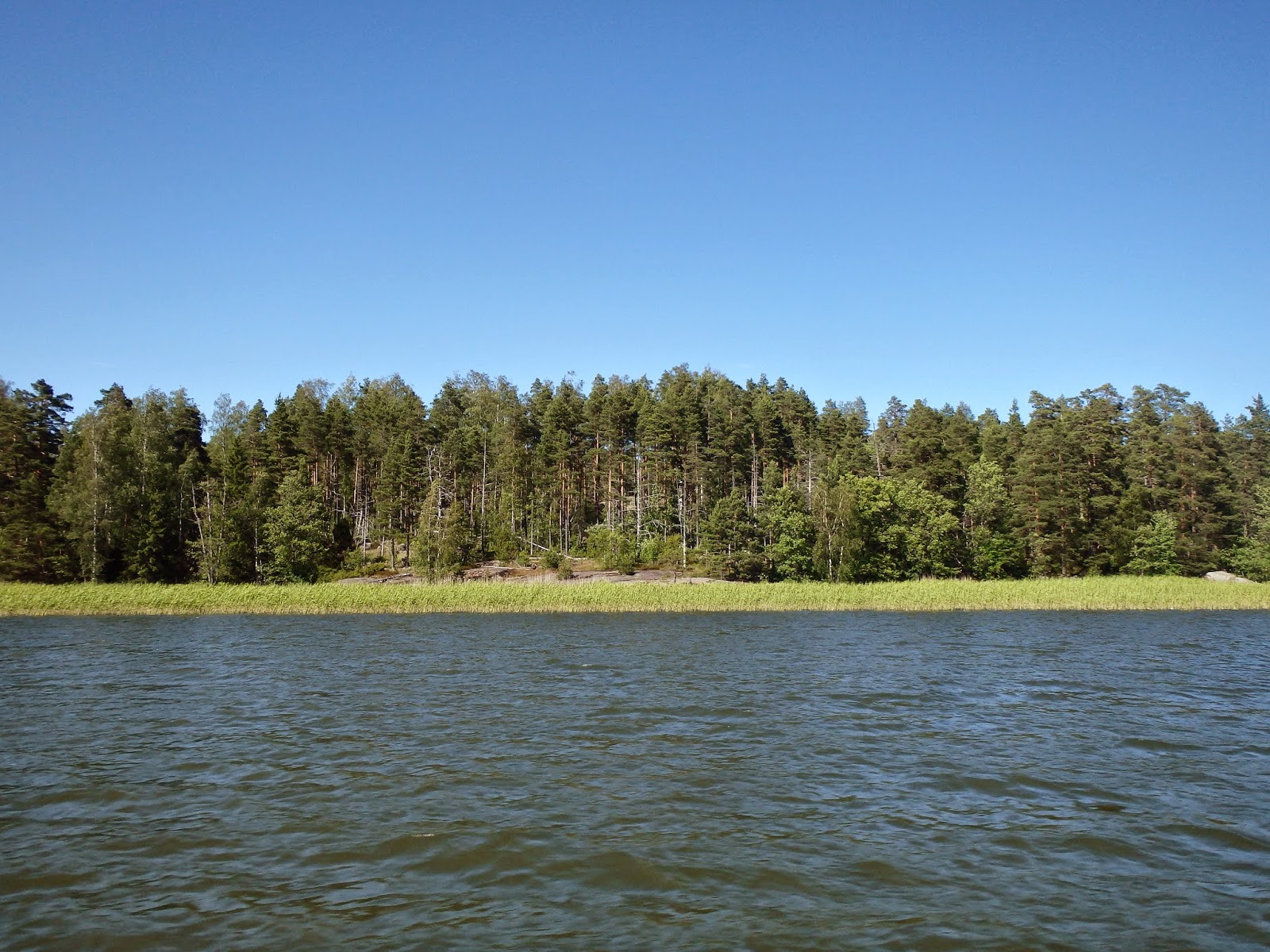 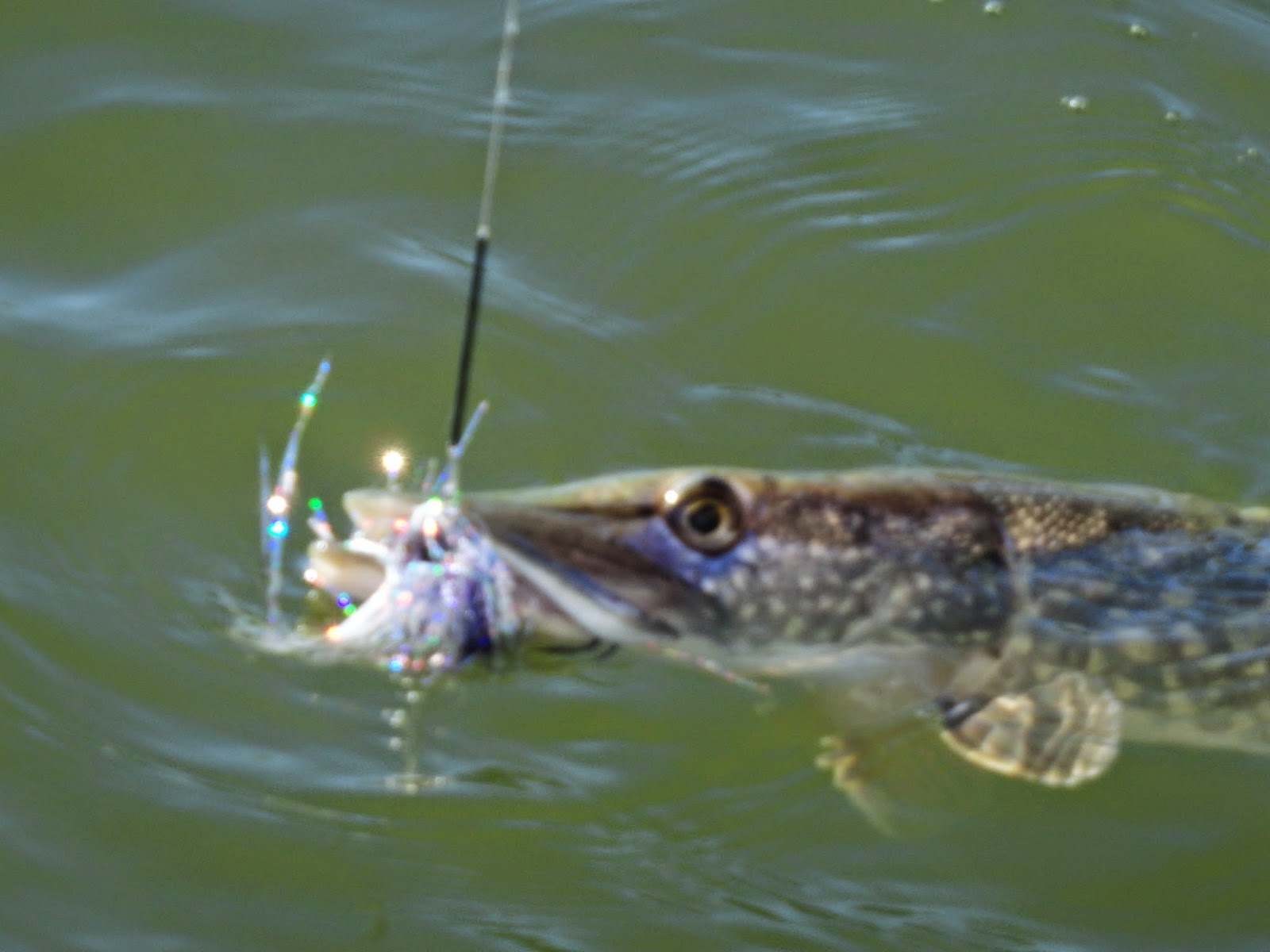 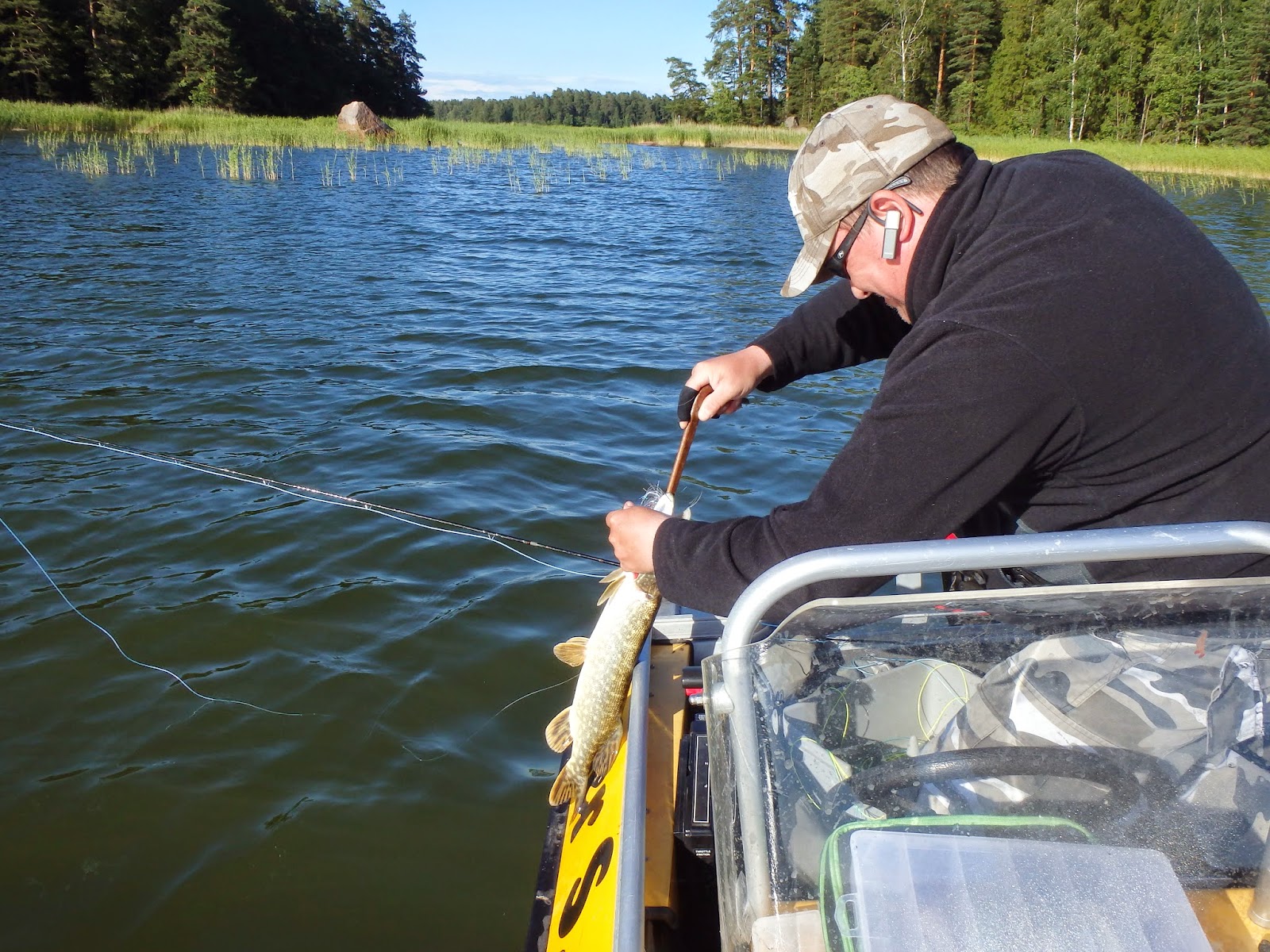