Told you about a year ago how lucky I've been to deal with nice good companies with common sense and have dealt with lot more of them since that.
Have broke two Vision Big Mama rods this season. First replacement offered to brought down to the shore same day,I wasn't that hurry but tells me about that they really care about their customers,second rod broke was more of my own fault but still excellent service in this case too,a big credit to Spey Clave Helsinki too ---> absolute worth roses.

Before we hand out any branches I wanna hand out some more roses too.One to Daniel Holm from denmark,the owner of http://www.bluedotmediashop.dk/?lang=uk because of his awesome materials for pikeflies,even if we pike anglers are a minority among flyfishing he always got the right stuff and listening to us what we need.
Many of us would love to use those nice grizzly feathers on our flies but also many of not using them because they are expensive,Daniel have solved that problem this way  http://www.bluedotmediashop.dk/group.asp?group=548  AWESOME !!!! and thank's.

And also some art to all of us,I would love to have one of these too but unfortunately I can't decide of that of my own and because I live with some people who not share my passion for pike and I would probably not get permission for this pic..even if I would love to have it. 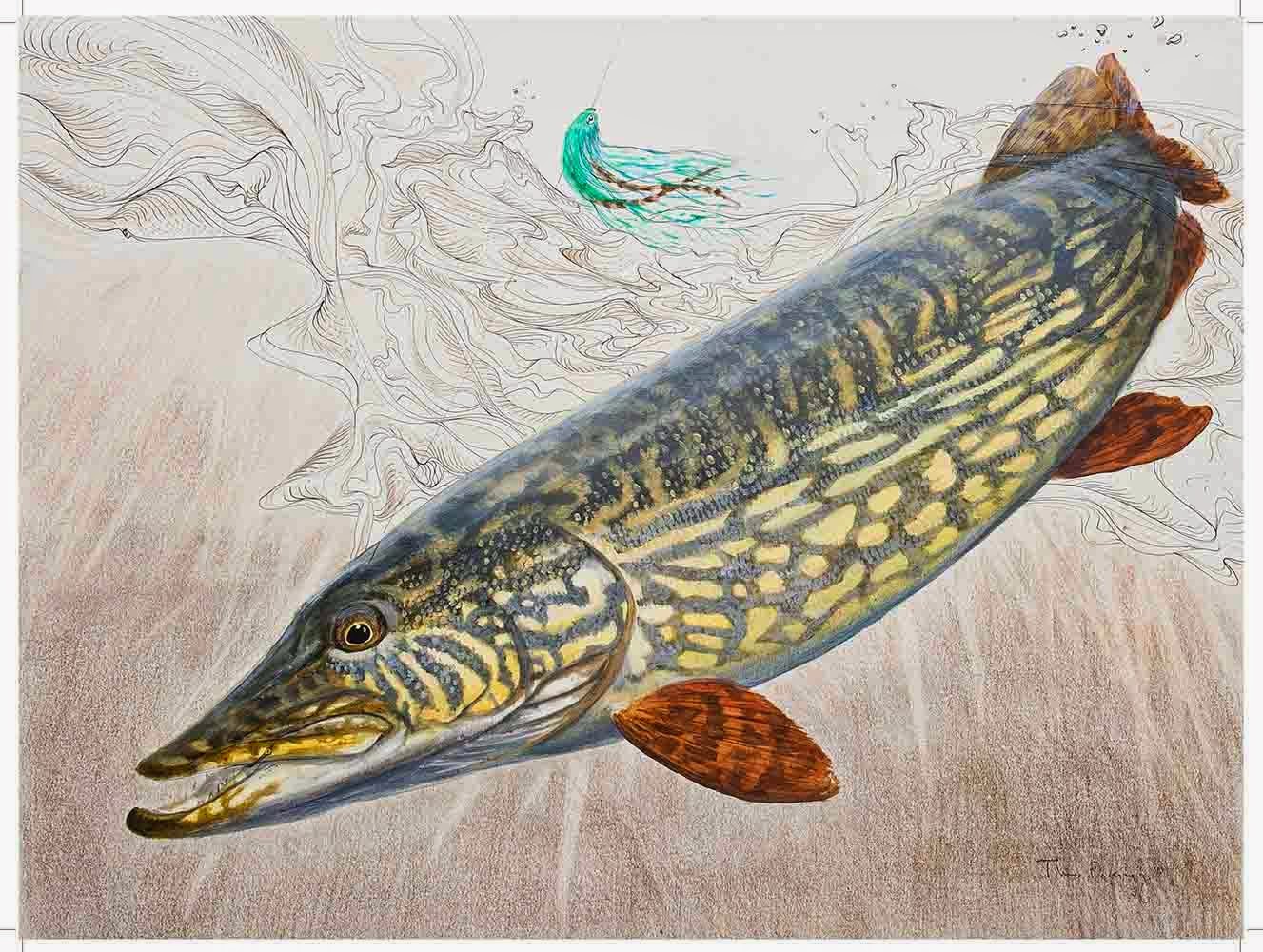 If you get permission you can get it from Daniels shop  http://www.bluedotmediashop.dk/product.asp?product=2875 among other prints too.

So,my bag is empty of roses,only branches left but thank god only one company deserve it in my opinion.
First of all I need to say that I'm a guy with some patience,would never judge anything or anybody for one mistake,it can happen to anyone/body.Even several mistakes happen sometimes but indifferent attitude is something I dislike when I want/need service I pay for !!!

I own a Hardy Zane rod which I broke by my own mistake earlier this year,so I contacted my dealer Spey Clave Helsinki who took this case to be solved.The contacted Hardys new importer Purefishing Finland Oy
First answer  was that THEY ARE NOT INTERESTED IN ANY BROKEN RODS,which meant I had to solve this by my own.
Some phone calls and mails later I understood that Hardy  dealing only with importers,not individual costumers...see the difficulty here to do something ???
After a week Spey Clave finally managed Purefishing to take some action of my rod but have waited for some weeks for a ANSWER on a fuckin E-Mail,not live in big hopes to get my rod repaired ever.
My friend sent his rod to them and it has been on a warranty repair for over SIX !!!!! MONTHS now,nobody answers on phone,no answers on E-Mails either.
here the other day on a Finnish fly fishing site there was a guy wondering why nobody answer to his mails,enough coincidences for me to decide this is shit customer service.
Purefishing Finland,change your name to Purecheating.Just PURE CHEATING !!! leave Finland out of this so people not think we are all same dickheads here.Thank god for Visions warranty.

That's all for now,hopefully some tight lines and bended  but not broken rods,especially if you own a Hardy and live in Finland...
Lähettänyt Unknown klo 20.22