It's time to face it once again,winter is closing in,while sitting and writing this post I can see some sleet falling down.
Have already have some cold mornings even in southern parts of Finland with temps on -4 degrees.
I'm living in a hope that I would be able to go on a one last trip this weekend before it's time to put my boat in winter storage and take my kayak and floating tube to action for the rest of my trips.
My brother called me yesterday from his cottage and reported of a storm wind around 16 m/s and if it's not calming down then my boat season is over,I also need to check out the traffic,not funny to drive around on a slippery road with a boat trailer behind.

Have done some fishing too since my last post with variable results,last two trips has been tough with only nine small jacks landed in totally 12 hours fishing.
But in other hand I have also had some good or excellent fishing with "better" fishes landed. 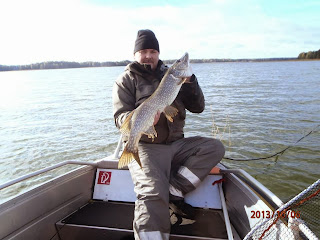 A remarkable thing is that flies have delivered far more fishes than lures and that "new" colors also have stepped in beside old reliable black/silver/white.
Swedes always praise for green/gold which hasn't been a "must" color in my boxes but it really saved my trip here the other day. 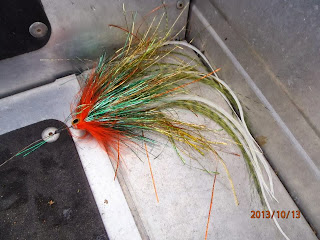 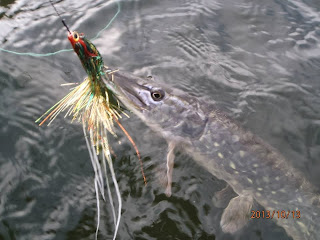 I have to admit I was a bit surprised how well it really worked,I had a fly VS jerk on my own casting five casts with lures and fifteen casts with fly,ten casts more for flies to compensate the facts that it was heavy wind and I did not choose any fly or lure spots especially and you also can cast against the wind with lures so your'e able to cover a bigger area.
Anyway the result,zero with lures against four to flies wasn't really a result that I was expecting and of those four three was caught with green/gold.
As a result of that is that I need to clean up a bit in my boxes and make some space for also that combo.

I have also took a lot of video material which still waiting for some editing but I think it will have to wait to the winter and will be ended up as some kind of a compilation of my Autumn fishing.

A memorable incident was also when I was testing one of my new creations. 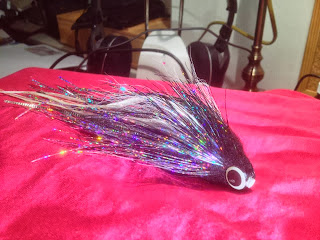 All the same as so many of my already chewed flies but added some UV-light purple flash to it.Not because of that but still three pikes with six casts made a smile on my face. 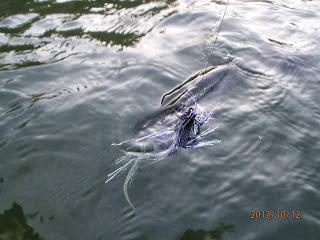 And finally some random photos. 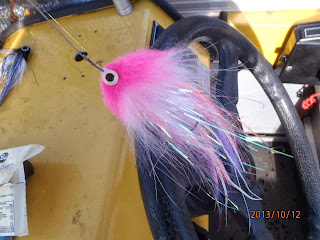 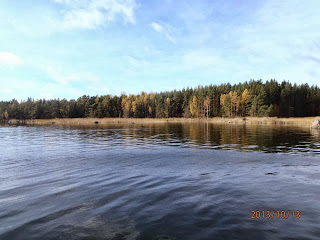 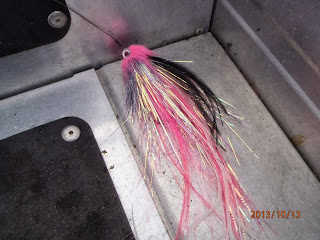 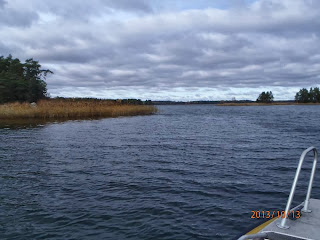 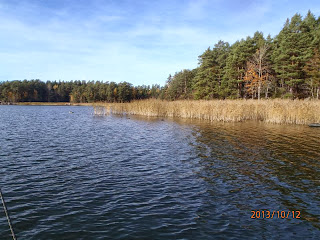