So,last Sunday March 23  was the day of my traditional DH-rod day at Langinkoski,Kymi river.
This year it was more than a month earlier then last year ( April 27).
My friend Pietro arrived to my place about 8 am and 9.30 am we sat at Risto Rämä,the gas station who sell permits to Langinkoski with two fresh permits in our pockets and a cup of coffee in our hands making some plans for the day.We had no big expectations about any Salmons or Trouts even if I last year had me a nice Rainbow.For us this was just some kind of therapy before Pike season really start,some variation.

After a coffee break we had a short couple of minutes to drive and I think it was abut 10 am  when we had our waders on and walked down to the shore. 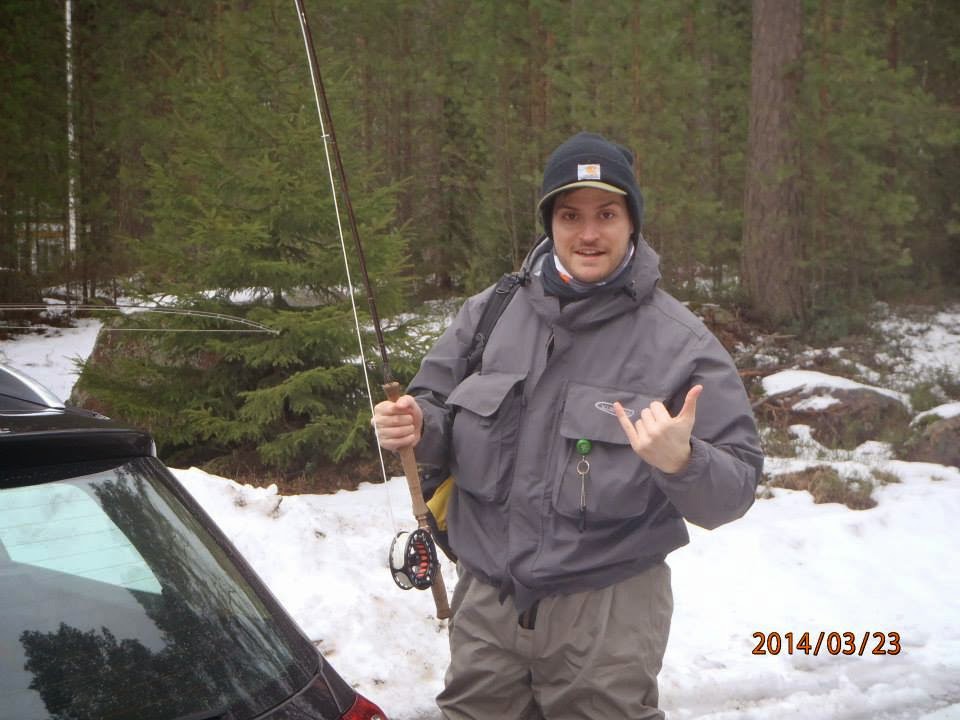 There was a thick ice lay everywhere at the riverside so we had to be very careful while walkin to find a fishable area. 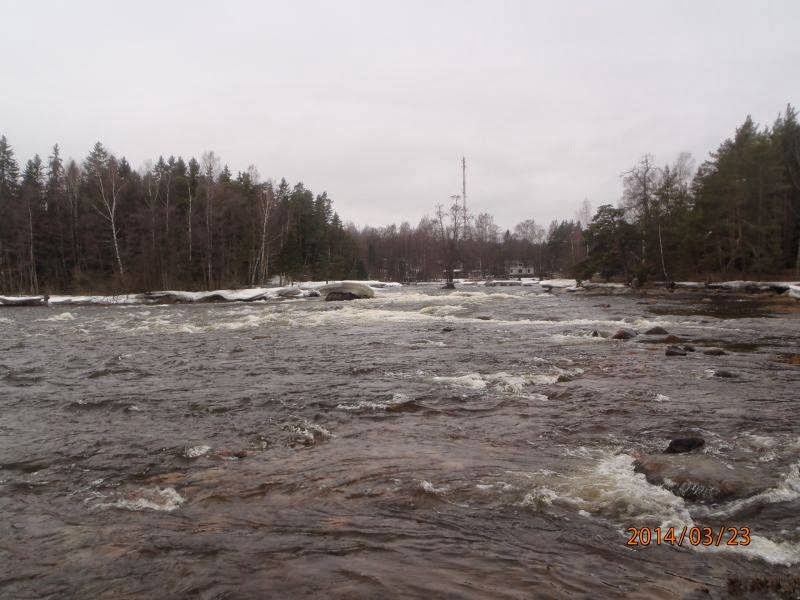 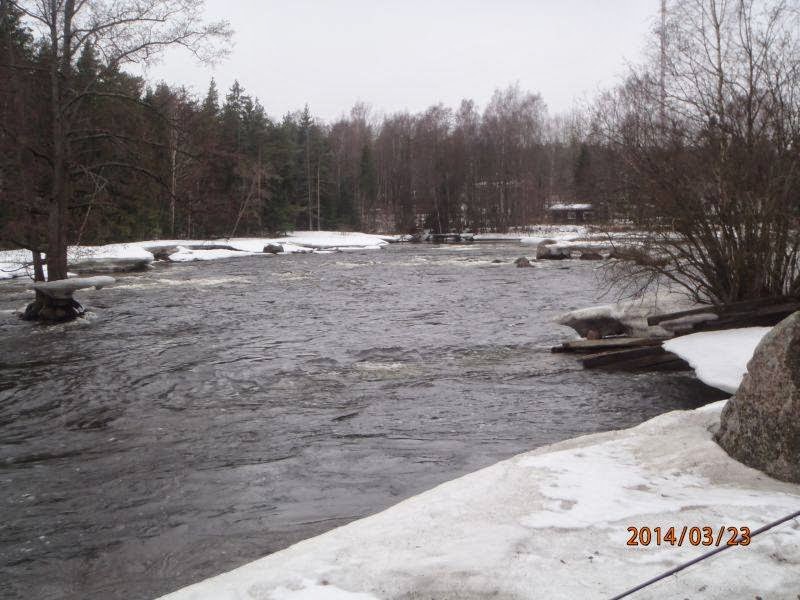 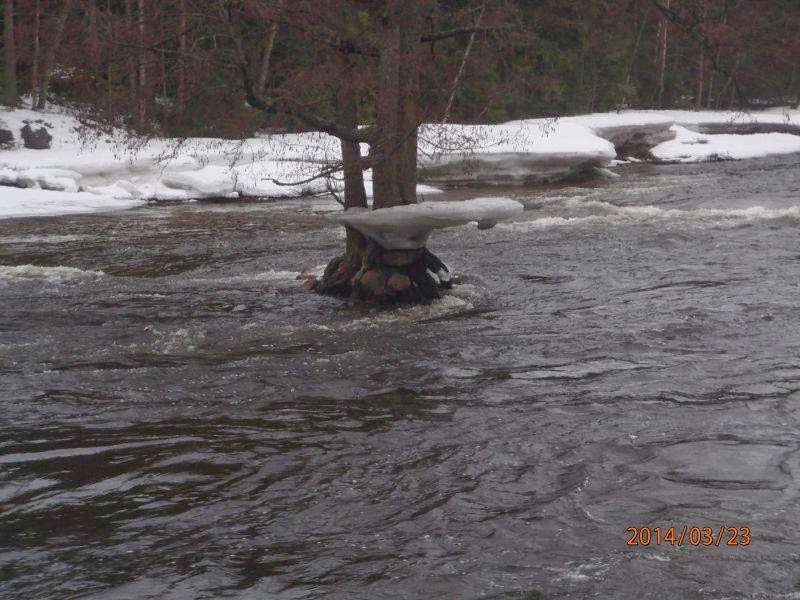 The reason why I like this place is because believe it or not,I'm not a skagit master so I want and I need space around me...A LOT and here I got it. 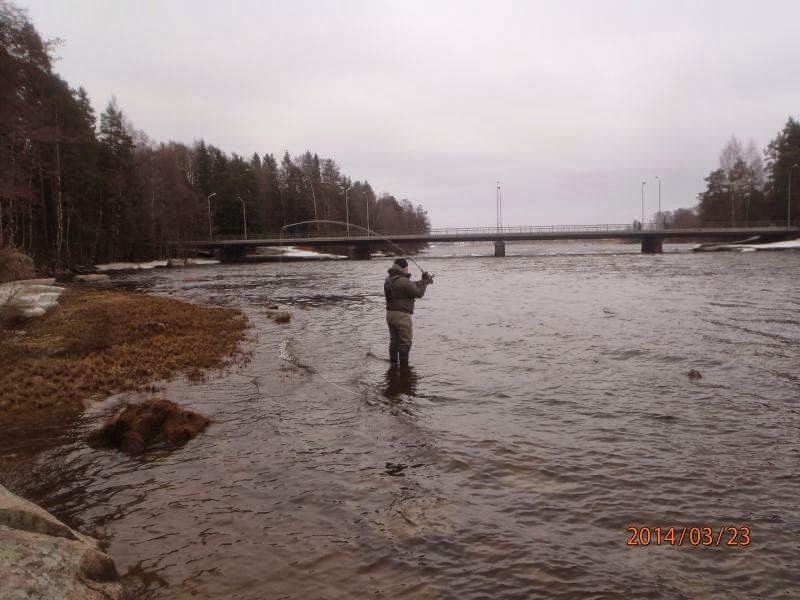 Anyway,we fished for a while without any contacts and took a break at my car because we were both freezing a bit.
Blackcurrant juice and warm hot dogs taste good in these dank and windy conditions and soon we were ready to  continue our fishing,after some hours of practice we both noticed that our casts looked pretty good,not master class but at least to lenghts that made us think that a fish could be possible but no,no fishes even if we tried hard,did not seen anybody else either who would have got anything 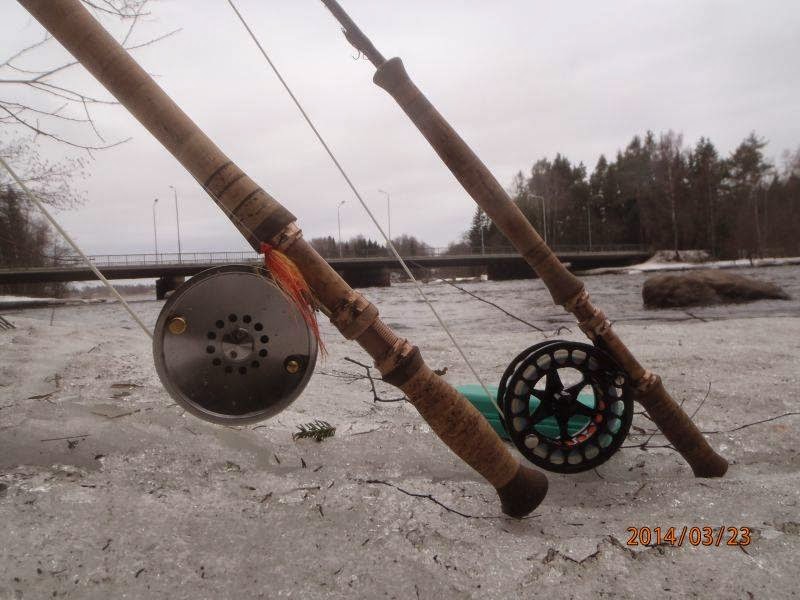 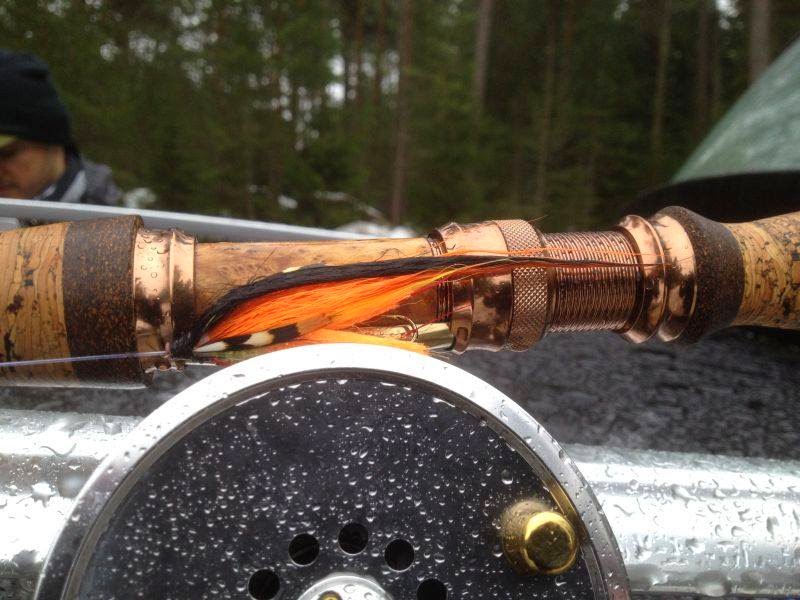 We were fishing at the westside of the river when Pietros line sticked on something and after some minutes of trying to get it loose his floating skagit body broke into two pieces,and that wasn't all,even his tip coil on his rod twisted so no more fishing for him,honestly me also have had enough and when it started to rain we both decided to start going back home but we had to stop for a hamburger at Lovisa,a good solution to end a trip were the fishes don't wanna co-operate. 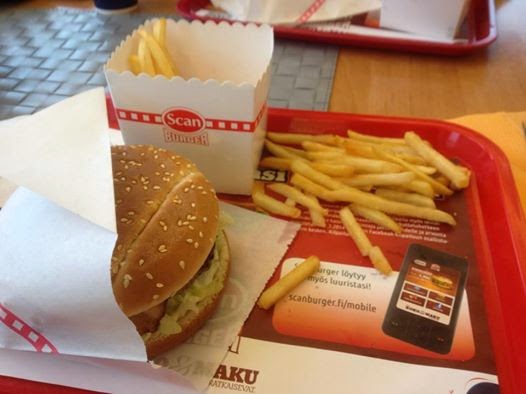