Have been on vacation now for two weeks and that´s why there haven´t been any postings,still got one week to go.

I have been visiting some of our beautiful villages here in southern Finland.
Was first at a place called Porvoo or Borgå in Swedish just walking in the older parts of the town,i just love these old buildings and streets,yeah,the whole atmosphere is so incredible.
Small stores with old cool stuff to buy,this painting almost changed owner but the price wasn´t right....for now,we will see after couple of days. 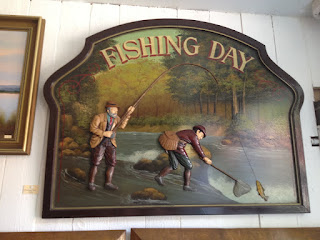 Was just sitting on terrace drinking coffee and relaxing.
Here is some photos. 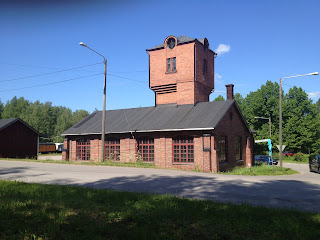 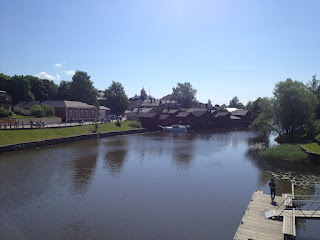 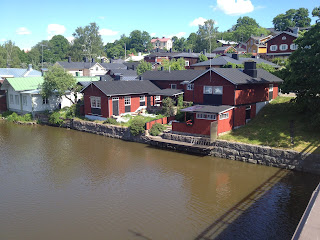 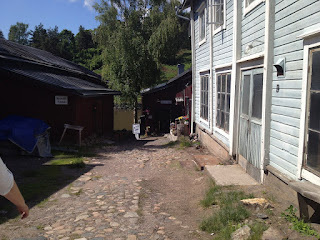 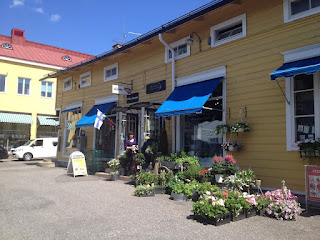 And hey,I´m a man and of course I´m at least a little bit interested in cars and looking at this French elegance I have to say that older cars just got the look :)

After this I just couldn´t stay away from water and went out fishing but the weather was just crap for fishing:sunny but very windy.
Tried flyfishing but it was just pain in the ass,all fishes lying deep inside among water plants,impossible to catch with flies so I used spinner baits instead and immediately I started to get fishes.

I had one amazing day out at sea catching over twenty pikes and two more days with over ten pikes each. 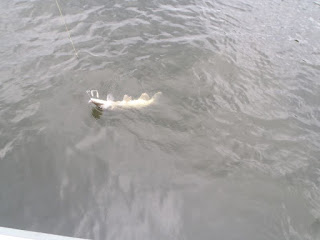 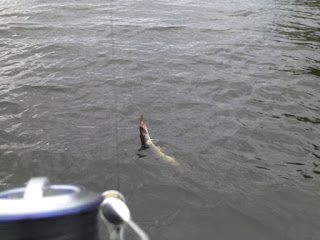 And of course the almost traditional "pikewound"on my right thumb. 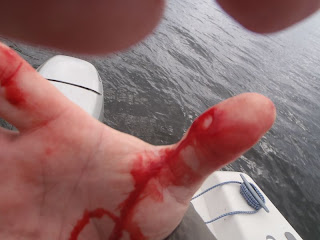 There was blood all over. 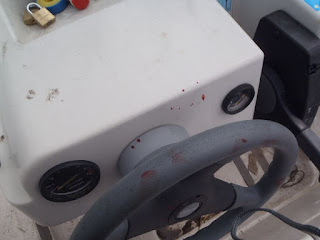 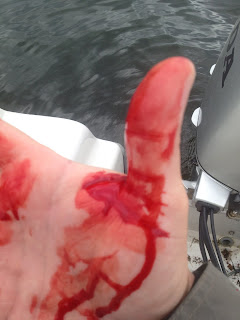 And as a cherry on the top of the cake,do you remember my sunburn from my last post?
This time I put a jacket on but a little bit too late.... 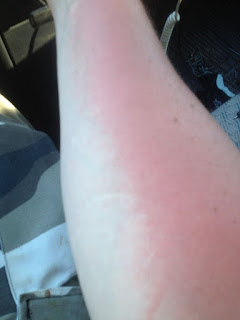 I could live with that but there was more to come...

Well today the sun didn´t made any problems at all.

I started 4.30 from home driving to the shore in a heavy rain and a wind probably around 10 to 13 m/s so i left once again my flyrod home in a corner waiting for better times.
Down at the shore I put my rain clothes on and somehow I had a good feeling,can´t describe it but I had a strong feeling that this could be a good day.
Went out from the shore to the first spot and not long before someone bended my rod,felt immediately it was a small one,not that the size is important but it would be nice to battle with some big fat lady now after maybe hundred of those small greedy buggers.
My first fish for the season was still the biggest so far,88 cm catched on fly.
I got me some fishes now and then and soon I decided to change the place to a spot that I yesterday thought it could be good. 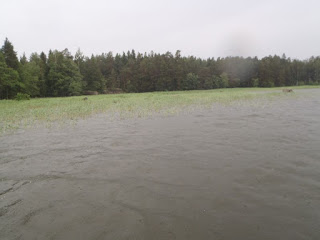 because the wind was blowing from behind I had to throw the anchor to avoid floating away.
I split the area in three pieces and from this first place I immediately caught a 82 cm fish full of rage and energy,nice start.
Had some smaller pikes from the same place. 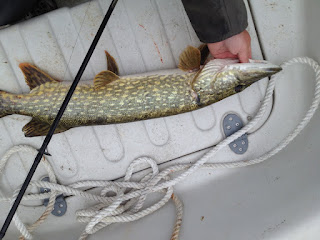 Had some problems to get a chin grip with this one so I decided to use my landing net to avoid more stress and get it quickly released. 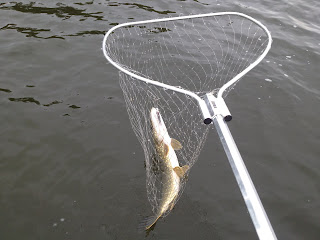 After a while I decide to go to the second area and try my luck over there.

Four or five casts and a 88 cm/4.46 kg was landed but suddenly after some smaller pikes,nothing,absolutely nothing and after thirty minutes I was thinking should I skip the third area and try to find fishes somewhere else.
while I was thinking of the situation suddenly a strong wind flurry made the anchor release from the bottom and I start to drift closer to the third section and one problem solved itself.

Started to fish the third area with no result and was ready to give up when I suddenly felt something at the other end of the line,well....a small bugger but now I knew there at least were fishes around.

made a cast deep inside the weed and....SHIT,bottom...started to rip the spinnerbait away when I felt that someone attacked it,it was a ruthless,determined attack,it has to be a bigger one.
it was a hell to get it away among those waterplants but somehow I managed to do it and after a heavy but nice fight I was able to land my biggest pike for the season so far,7.4 kg:s,don´t have the length yet,dropped my measure in the sea so I marked it on my rod,very close to 100 cm:s anyway. 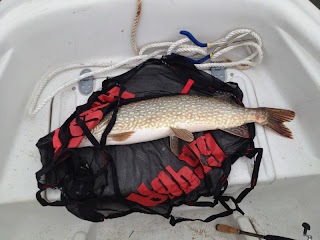 God that felt good!!! Wish I had have it on a fly but there will come more chances later on.