Sorry for not posting for a while,was already prepared to close down this blog but got so many nice memories here so thought I could give it a go yet,it's like reading a diary which is pretty nice imo.
Facebook,Instagram and other social media seems to rule everything nowadays but It's cool to write small stories now and then and also good for language skills.
Anyway,there has been some fishing and fly tying this season so nothing has changed since my last post except there has been some more serious perch fishing now when weather and waters have been warmer.

Fishing has been somewhere between good and excellent,even if I blanked for the first time in a very long time,think it was a year ago....at least,but on my second trip for the season fishing with my brother I fished for at least 8 hours with only one follower,well....it had to come but we had a good time with fun and good food.


At some point I started to fish much deeper than I ever had done before and slowly I got some good results.

It was a bit difficult to find all deeper potholes in middle of nowhere so very soon I found out that I need a sonar and just days after I had a Lowrance Elite Ti7 total scan mounted,
Never thought how much it would change my fishing,even if I never been too much for electronics.
Had some issues with mounting the transducer but thank's to some friends it was actually easy solved. 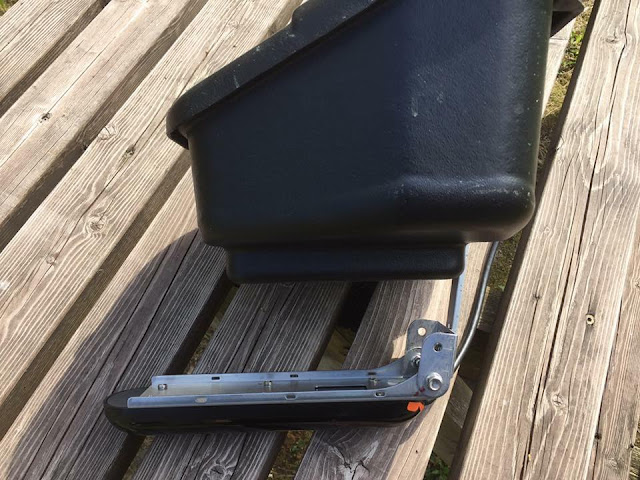 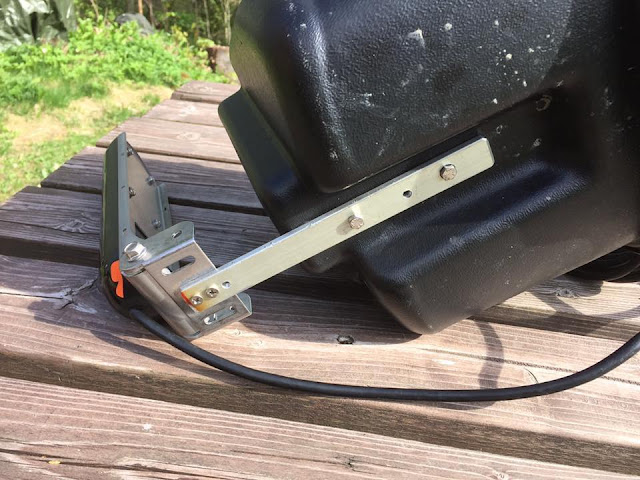 Fished early season in waters that I knew so well but except one trip it has turned out to be "not so good" place anymore,well...I found some new spots to fish from thank's to sonar.
That memorable day was when I fished with a friend of mine in perfect weather conditions.
We landed so many fishes I can't remember,even good sized pikes too. 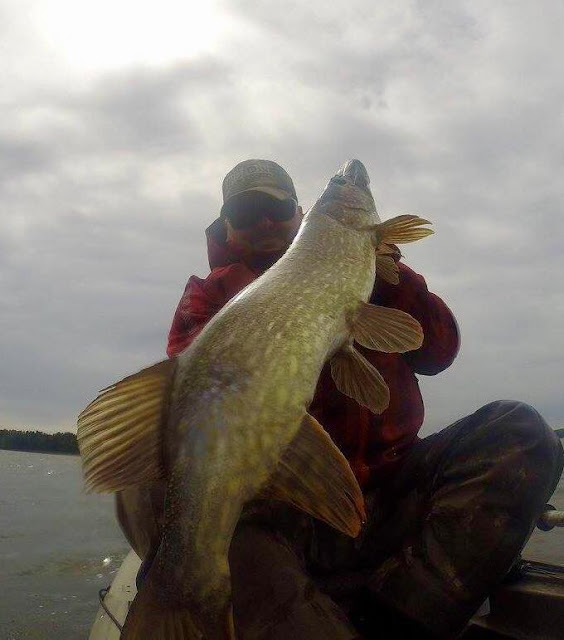 After this magic trip I tried couple of times same areas and even some new spots,caught some but still thought it was time to change location.
I have study maps for a long time now and found some nice places which some has been total disasters and some very good.
It was time to start fish them carefully,first place is same waters I fished for over 40 years ago,issues with that place is that it's very,very shallow and most of the time you end up casting against the wind but I like it anyway,even if it is a bit tricky you always catch,also good chances to catch big.
Fished there for two times this season,had a blast,it's just that it's very small area and if water level is -15 cm fishing is almost impossible. 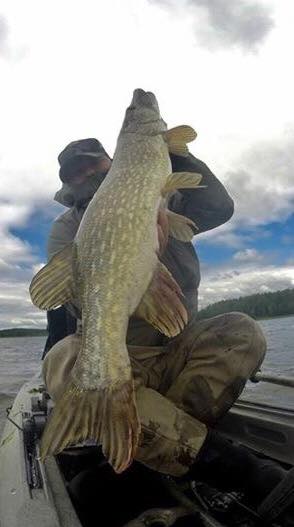 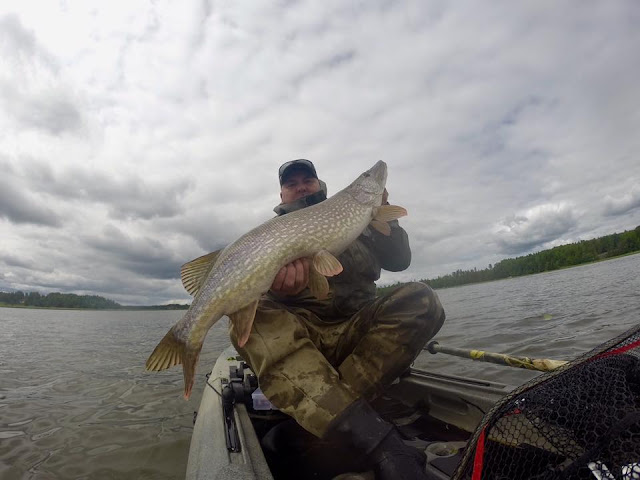 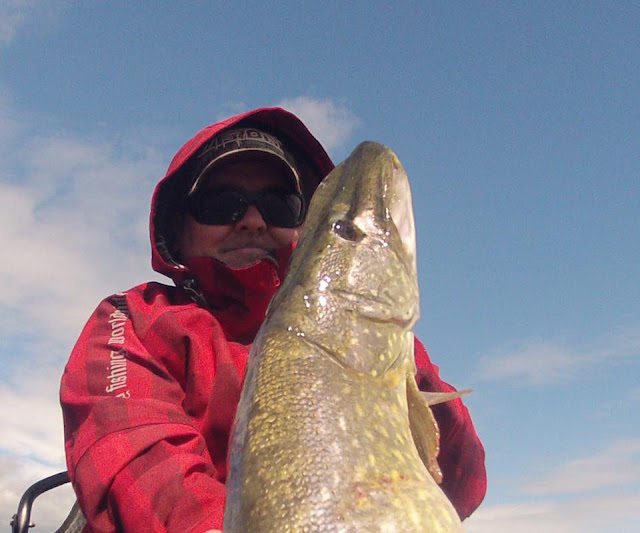 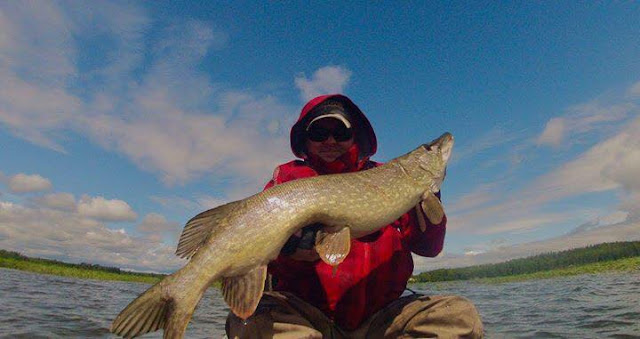 It was time to move again,this time to a well known place that has proved to be a very good place but maybe with my sonar I could take my fishing here to next level.
Biggest issue with this place is that you have to paddle a long way and at least half of the way against the wind,after fishing for 12-13 hours I really hate going against the wind,it's also pretty open area so the waves can be some kind of pain in the hole too.
When you get there fishing can be magical,in both numbers and size. 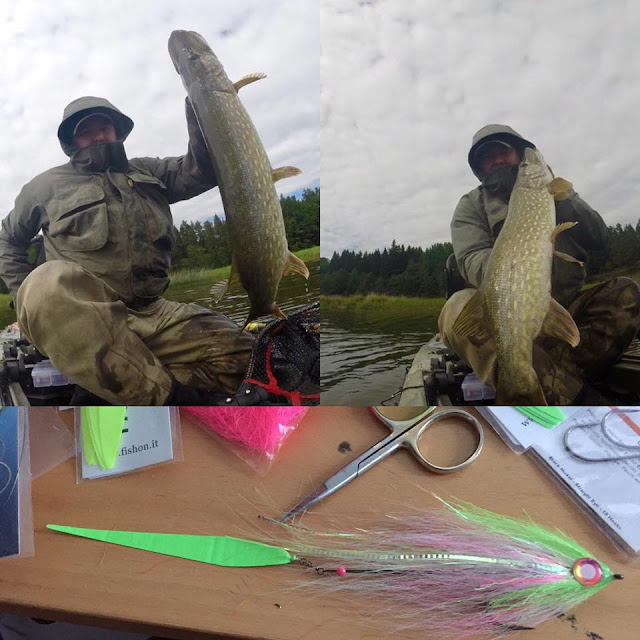 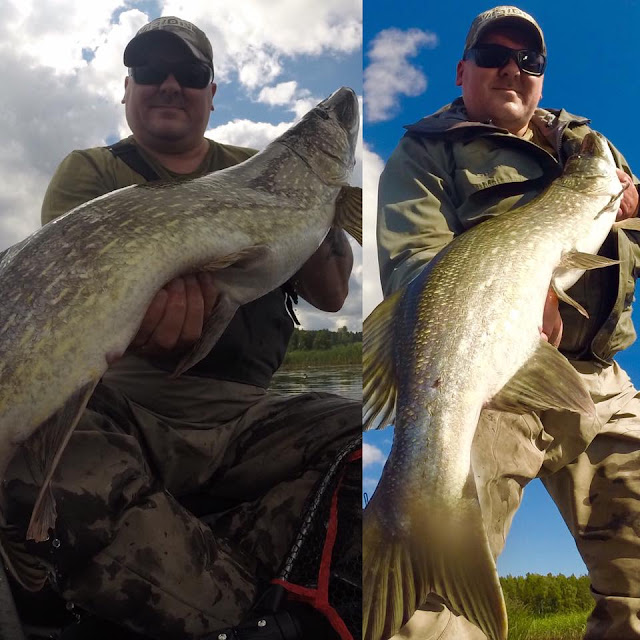 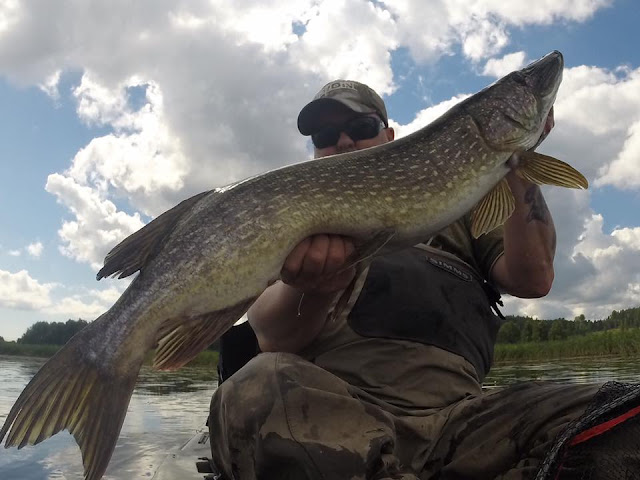 Thank's to a cold summer I managed to fish for pike in to middle of July.
After that I decided to give that fly fishing for perch a serious chance,I had tried it before but always ended up with small pikes or.....big pikes.
To be honest,I don't know how or why but this time I managed to land some perches,first small ones but very soon they got bigger too and I have now while writing this fished for only perch two times in a row and both time I have manged to got some good size too.Good to have an option for warm weather/water when pikes not feeding and most important,this is so much fun too. 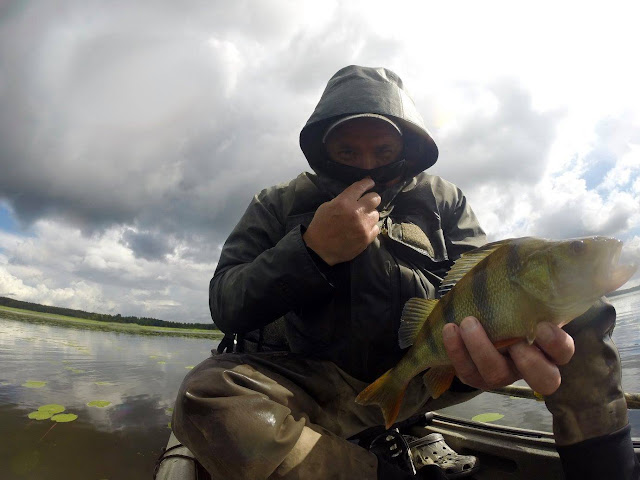 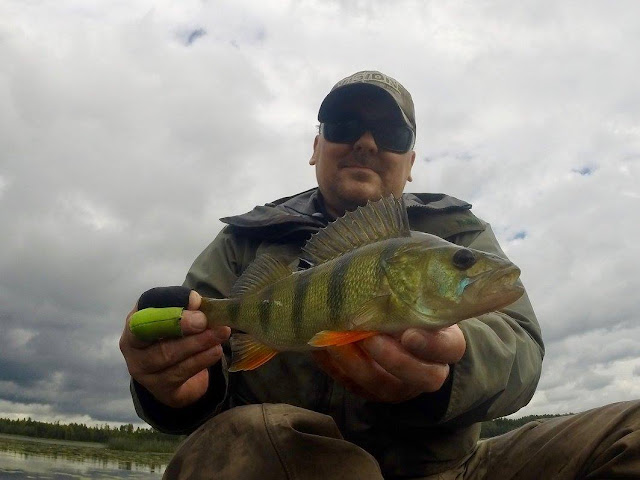 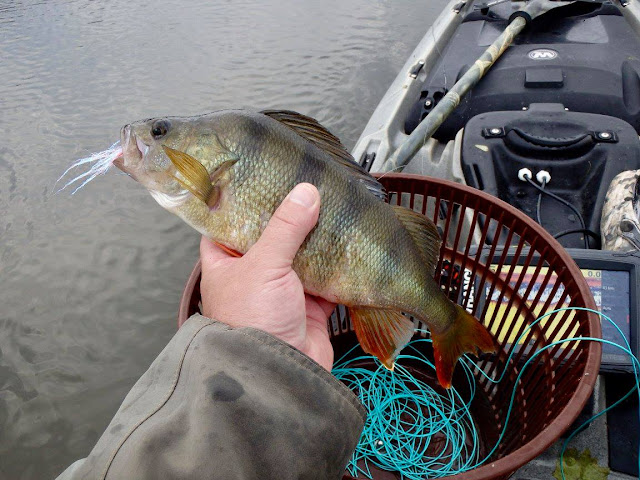 Could write so much more but I'll end this post here and make a new one of flies,tying and pimpin my yak.
Stay tuned.