So,my official Springtime has started,now when the GoExpo fair is over,but have to admit our Springtime has take a massive step backward in form of last week cold and especially last night`s almost -30 degrees.
Last year my season started March 23 but this year it will almost suddenly start later.

I had a good time at the fair seeing friends from all over the country,tying flies at Espoon perhokalastajat stand,and of course to check out if there would be some "must have" stuff and to my slightly surprise I only spent 9 € on tying materials and that´s all,believe it or not =D.

A bigger concern for my wallet is my increasing interest to kayak fishing,have a feeling that I would love it I have promised myself that I will wait over this summer and if I still feel the same then....I will go for it.
As it looks right now there will be some moaning and nagging  for some open water for a while so I have study the mighty internet world looking for information about kayak fishing and also rant onto some interesting fly patterns which have inspired me to spend some time behind my vise.

I read a blog here couple of days ago http://olojajaolemista.blogspot.fi/ and saw a white fly,which inspired me to once again try on mission impossible,to tie a white fly...yes,a WHITE fly without any red or black spot,just white with a dash of flash and this time I succeed to end it without anything extra on it. 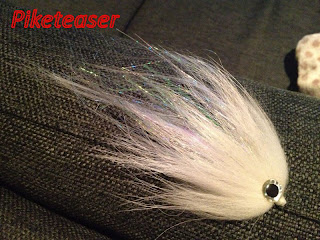 There has been other inspiration sources too but this one gave some kind of a extra kick,still got some tails to attach to hooks (Michael Johnsons pattern).
Here´s one more ready,I had some kind of Buster jerk color C041 in my mind but it all ended up a little bit lame,should have been a bit darker. 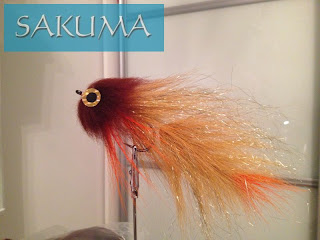 As I have mentioned before I had a feeling that I drop more fishes from tubeflies than from ordinary flies and after some thoughts I think I know why,have attached the hook to the tube with a silicone tube which might be too soft,the hook turn sideways when the pike attack and easily slip out from the mouth and now i found a new kind of tube which allow me to use more different hooks and the hook also sitting perfect attached to the tube.
It was a hell of a work to change the attachment on every tubefly I have but it´s done and next season will tell me more was I right or wrong.
While I was studying my fly boxes searching for every tubefly I own i noticed that I have A lot of forgotten flies,flies that has never ever been in water except when I had tested the movement,sinking ETC,ETC....
Forgotten flies result to this. 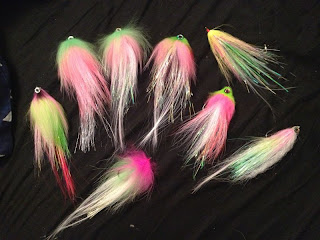 A lot of flies looking almost same,guess I should do something about that too.
Everything looks okay for the pike season,lines rods,reels...so everything is just waiting now,and tying of course. 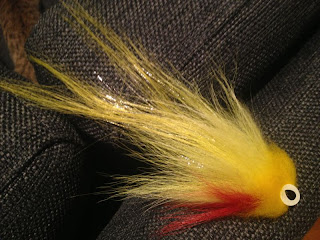 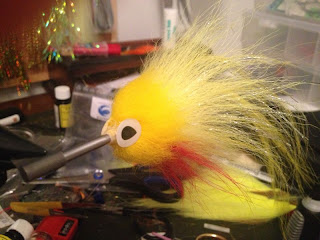 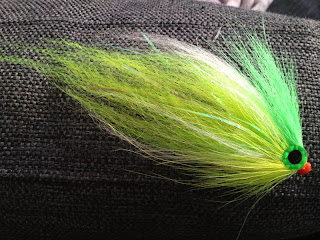 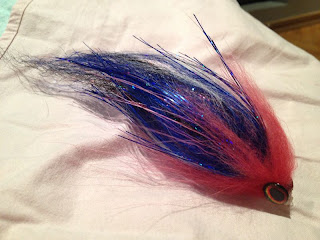 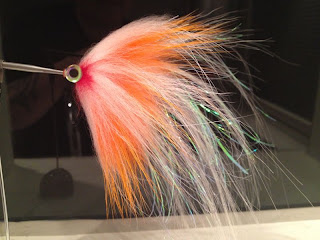 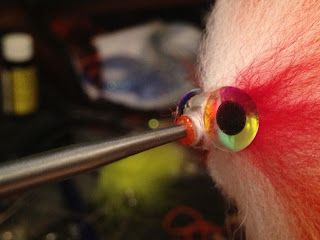 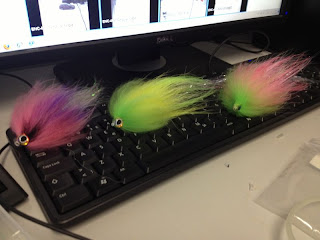 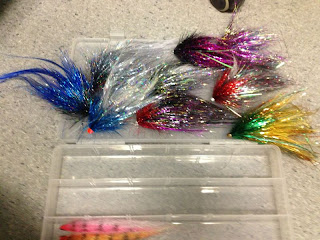 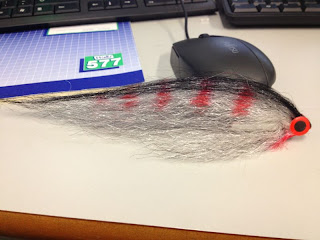