One week to official spring.

Morning fellas.While writing this post and looking out from my livingroom window I have to say it´s looks like were a million mile away from any sign of springtime.
On Friday morning when I went to work we had a +1 degrees on our thermometer,on Saturday morning we had -19 degrees and now on Sunday morning we are in  a middle of a heavy snowfall including -7 degrees.
Hard to believe that my official springtime starts next weekend in form of the GoExpo fair in Helsinki,
and hey,last year I started my season 23 march and I don´t wanna do it much later this year either so,no I.m not concerned about the weather because it´s less then one month before I´m able to lay out some line in water.
Fly tying have been the name of the game last couple of weeks and I found a nice pattern posted to a fly tying forum on Facebook (with fly rod after pike) and following the Finish forums it look like we got some kind of a trend at least  here in Finland. 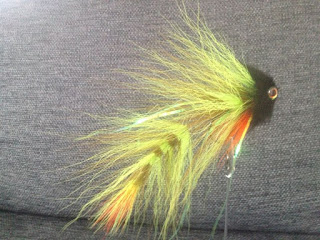 As you can see it´s not a fly usually been used,It is a normal fly and a tail tied on a in my case a 1.0mm flurocarbon line which gives the fly it´s special look.
There is probably many ways, to tie the tail part but here´s my way to do it. 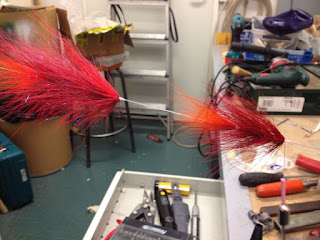 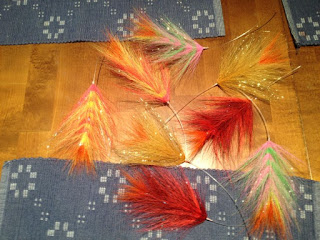 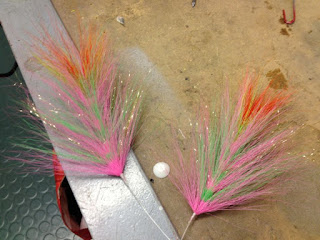 this is the laborious step,and after you have attached that tail to your hook it´s just normal fly tying. 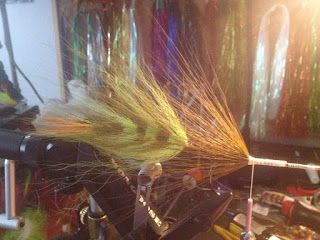 Got couple of these ready for action and some tails waiting for further treatments.
Some of the ties have been nice and some...hmm..less nice,but anyway,pikes will be the judges of that later on. 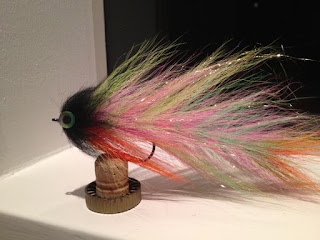 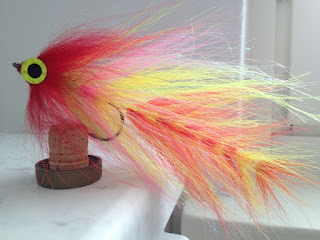 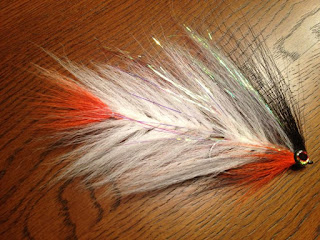 These flies are big in my opinion and will probably be used only at springtime just after spawning and from a floating tube.
I´m not gonna sit the whole season in my floating tube so there has also been some traditional ties,both on tubes and hooks,
just have a feeling I´m running out of ideas,these tail flies cheered me up a bit but would be nice to find out something of my own too. 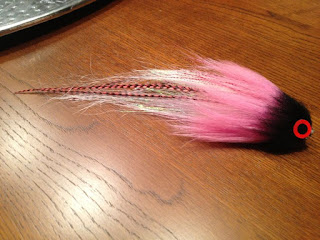 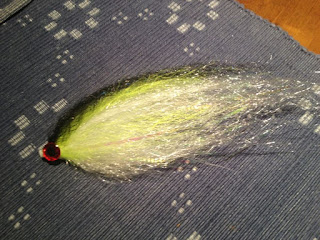 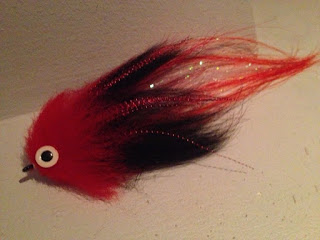 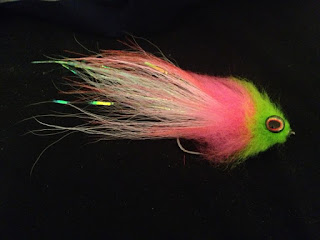 Well,that´s all for now folks,time take some coffee and start to study the massive internet world to find some ideas and inspiration.
Lähettänyt Unknown klo 11.26