The reason why I put these two weekends together is that there wasn't too much action on any trip,about 25 pikes and ONE perch landed in about 40 hours is far less than what I'm used to catch this time of year.
Think the biggest reason has been very,very murky water,barely could not see the blade of your paddle so max 40 cm visibility was what I had to deal with.
Low visibility has been caused by strong winds and rains and also rotten water vegetation.
Anyway,think it's time to let this water rest for a while and travel for some clear water and actually I have a new place in mind which will be fished next Saturday.
Nothing extra ordinary to mention so will just add some pics from my two latest trips. 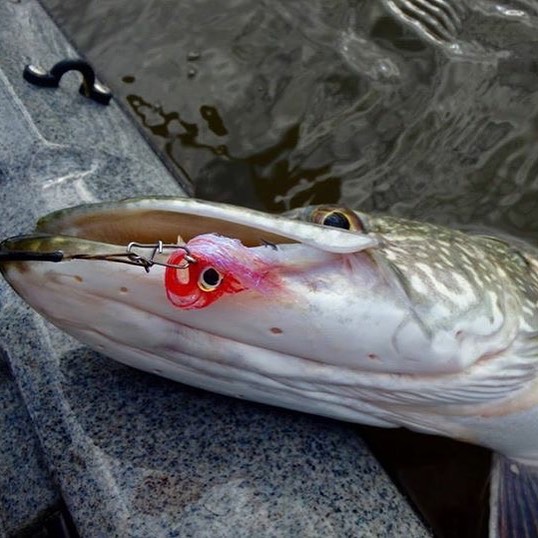 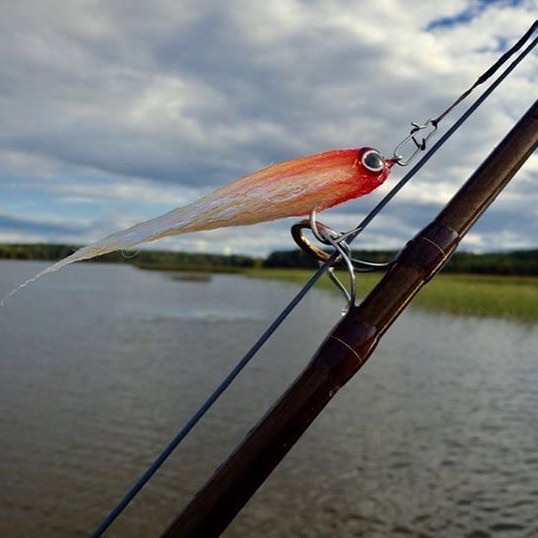 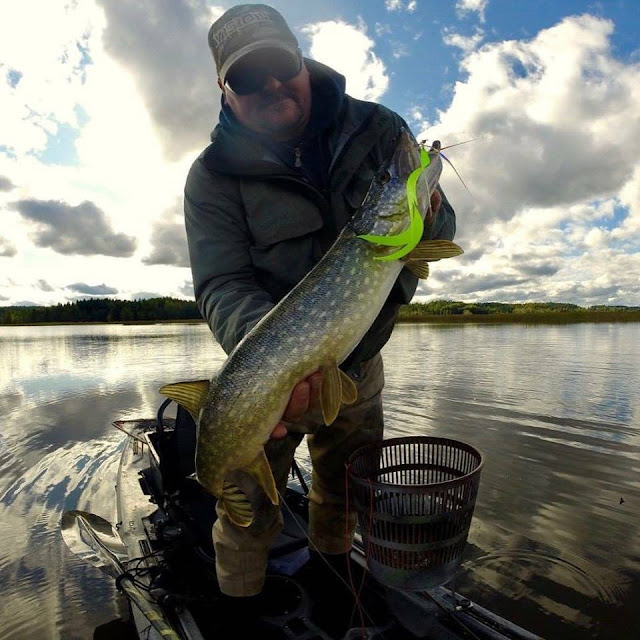 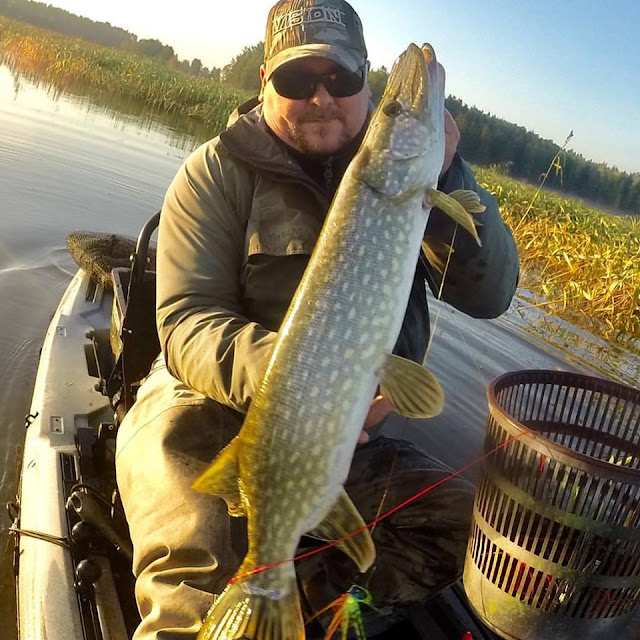 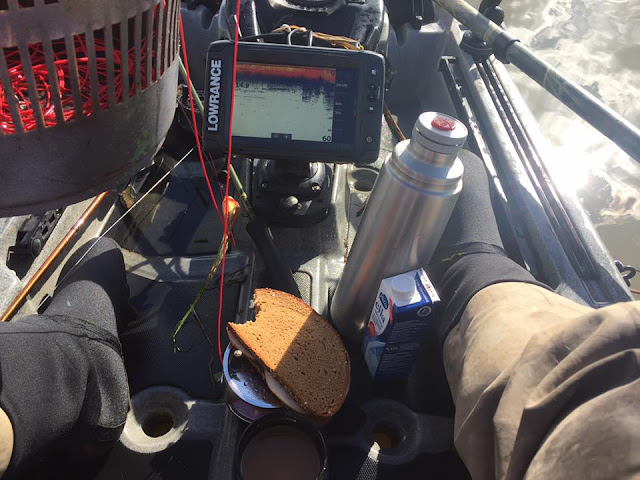 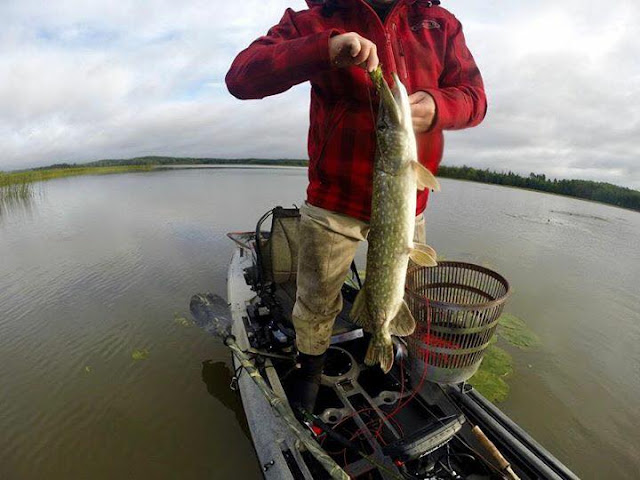 When fishing is slow I have noticed that I pay more attention to all kinda surroundings,Sometimes they are stunning,so stunning I forget to fish and just think how lucky I am to be able to be out here. 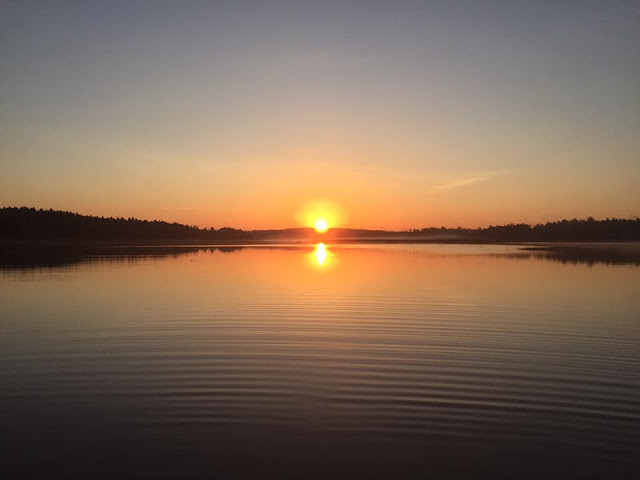 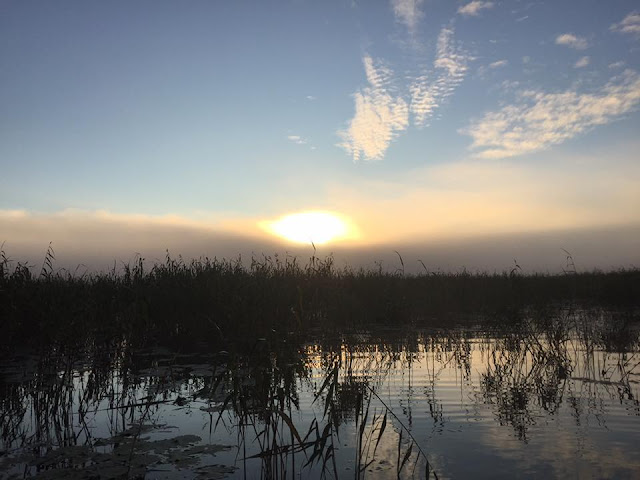 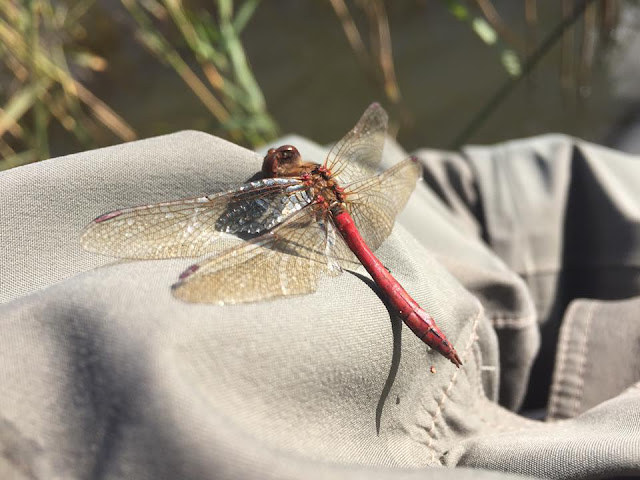 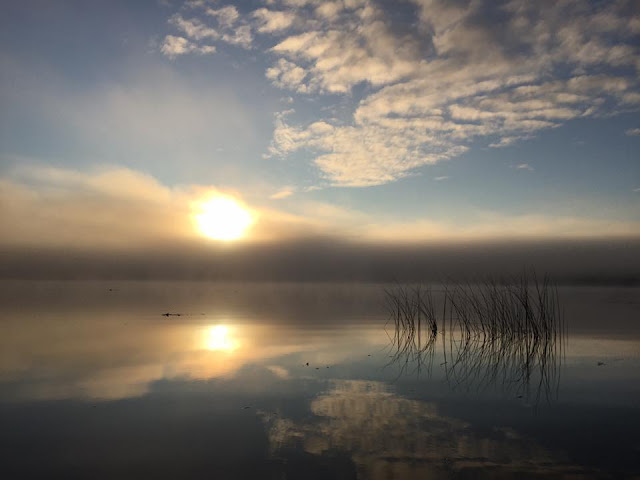 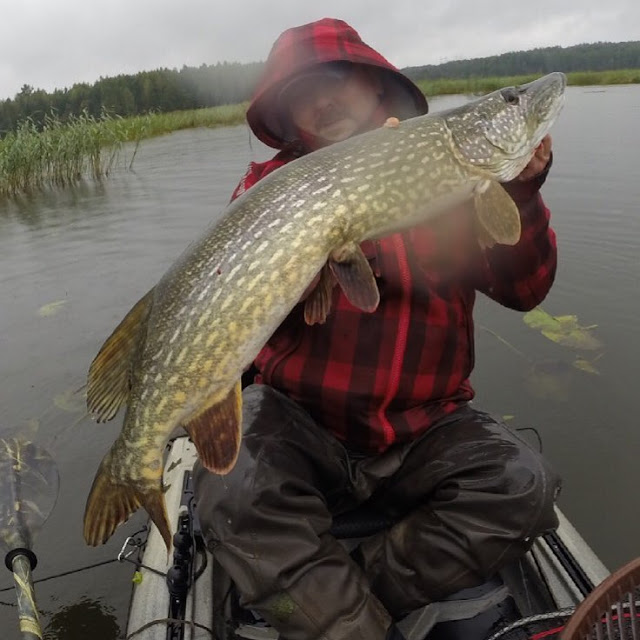 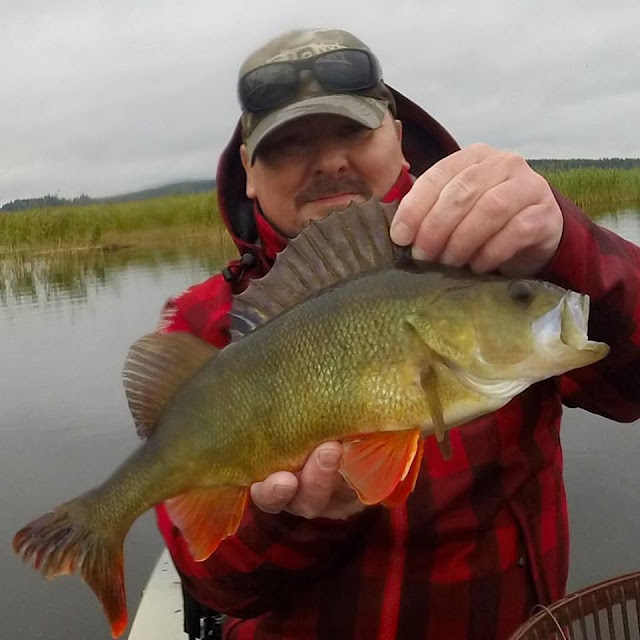 I was naturally very happy for the experience I had,I was totally soaked,took me hours to reach my normal temp but lying under a warm blankie at home I knew I would remember this day a long time.
Lähettänyt Unknown klo 13.35 3 kommenttia:

As I wrote earlier I had inspired from perch pro decided to give fly fishing for perch a good serious go this season and I have done so,after my fishes I set my aim target to catch a +40 cm/+ 1 kg fish which was a very ambitious goal due to my PB which was a shy 40 cm no scaled fish landed couple of years ago.
As I can see it the weather hasn't been optimal,not a single time when I has been out except this morning,total calm surface and warm but cloudy morning,not perfect but best weather so far.


Went out around 7.30 and started to fish almost immediately and not long before I landed my first perch,had some coffee and continued with my fishing,hooked up a good pike,must have been a good 20 lb but dropped her close to my yak.
Fishing among lily pads is challenging but can give you some good rewards,but so far only small perches.

Decided to paddle a bit further from the lilies to a more clean area but still with some reeds.
Felt so nice to be able to fish systematically which often gives me good results,so even this time.
The hit was heavy and angry,and it was not a pike,my heart took a new frequency for a while when I saw the fish,this must be a new PB I thought,I only had my "pike net" with me but decided to use it because I didn't wanted to drop this one.
When finally managed to get the giant in my net I was like wow,never seen that big perch live,a quick scaling and measuring and yes,Sept 2 will be written in my history as the day I landed a new PB,a nice fat perch measured 44 cm and weight 1.48 kg,top fish for me.


Don't know what happen after that but I found a huge flock of small baitfish,think they were bleaks feeding from surface,easy to locate with no wind at all,had a blast and landed perch after perch among these baitfish.
Well,even the best days come to an end,so even this one,always good to stop while you having fun.
Lifted the anchor and started to paddle back when I saw a place which I decided to give "couple of casts" to.
First cast and boom,a big perch,very big but not just there.43 cm and 1.22 kg is still my second biggest perch ever,a very beautiful fish imo.

Landed a nice 30 cm fish with second cast too but nothing on third,didn't wanted to be greedy and try my luck anymore so I decided to paddle back to the shore ,felt nice to get home and just enjoy the experience Mother nature just gave me.

Uploaded a new tying video of a simple Minnow which is quick to tie and catch well. 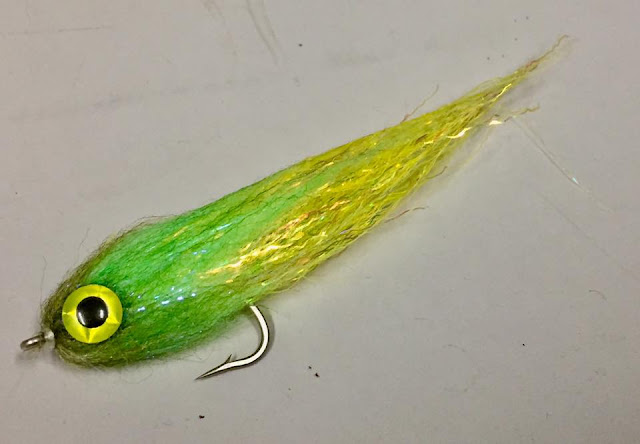 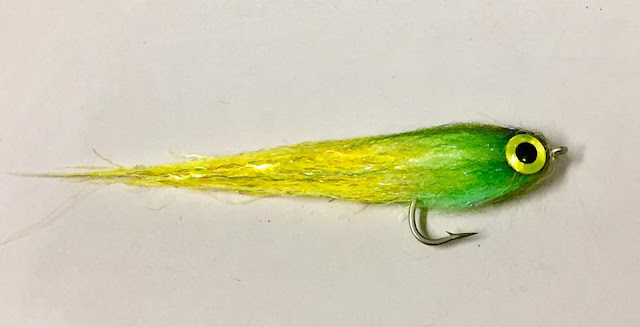