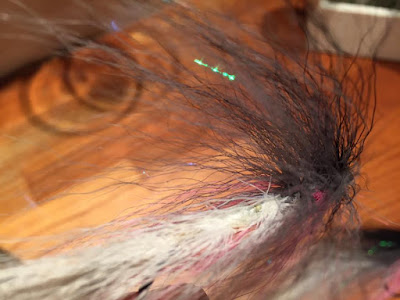 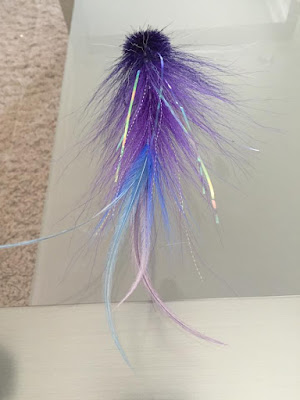 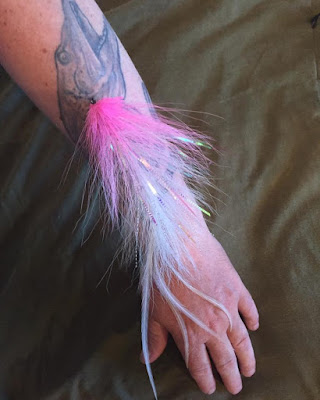 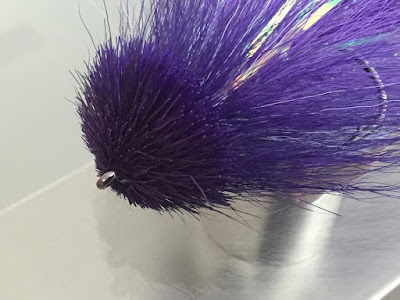 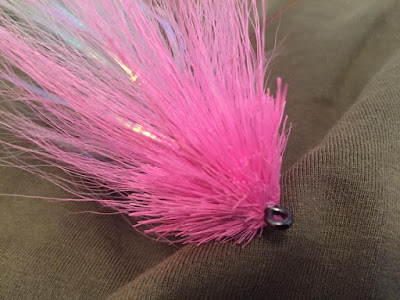 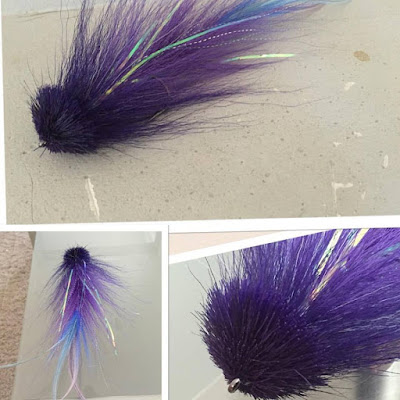 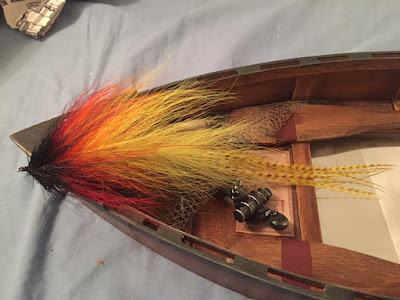 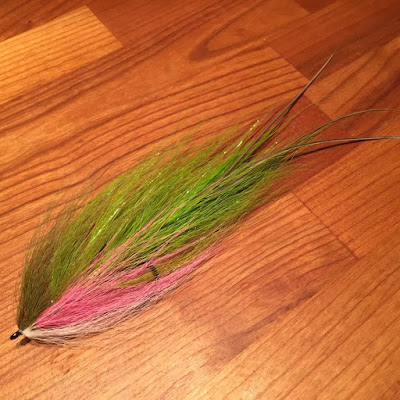 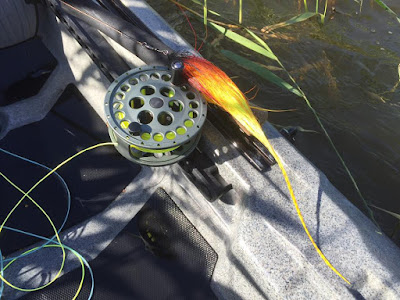 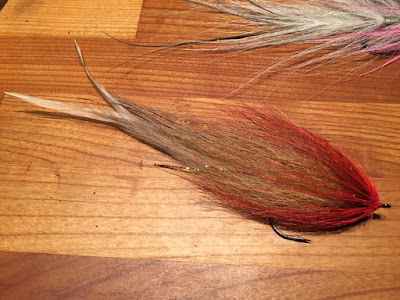 Even if the weather has been pretty warm lately and I have not been out fishing too much I must say that my fishing has been surprisingly good,I was yesterday out fishing on a venue I usually fish after a long,long pause and even if the weather was rather hot than warm and no wind in morning I went home with a smile on my face,fishing was good and I was not exhausted paddling against the wind.
Fishes were small but landed about 15 fishes so.... 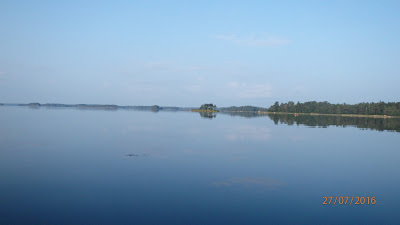 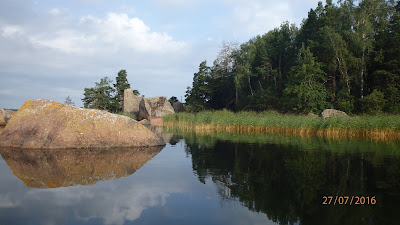 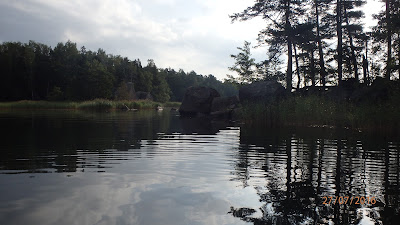 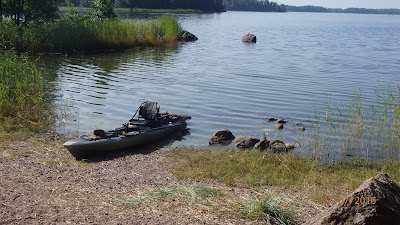 I have studied more carefully a venue I found with one of my team mate from Wildy Fishing Finland last fall and have been happily surprised with both numbers and size.
There's some issues in this venue too,it's a long way to paddle and that's why I have spent some time to explore some places in midway,just in case fishing would be slow in the final destination.
Also water level is low....in fact extremely low so only -15 cm and it's not worth a visit.
Only two kind of winds suits for fishing,otherwise water will be too murky to fish (in summertime)
Biggest issue imo is those big areas covered with reeds and especially lily pads which makes 60 % of this beautiful place unfishable or at least very hard to fish.


Well,you might wonder why I have visited that place so often lately...
IF...IF the conditions are right fishing CAN be magical,at least for me,some of you know I like surroundings with challenge like fishing among reeds.....and lily pads :)
Had one awesome day with 36 landed fishes,including some nice ones too.


Anyway,vacation continue and I really hope to spend some days on water before I'll have to get back on duty,gonna end this post with some pics of fishes landed on that place,also got some video material waiting for editing but until then,stay tuned. 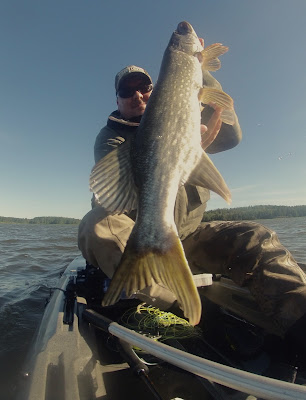 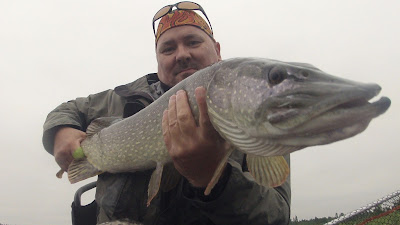 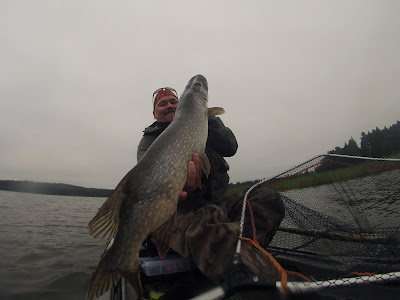 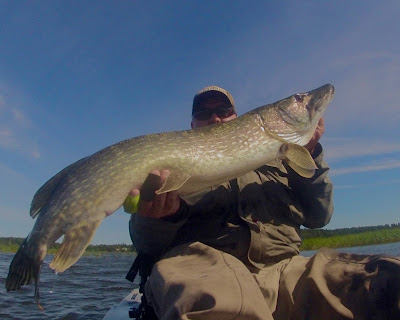 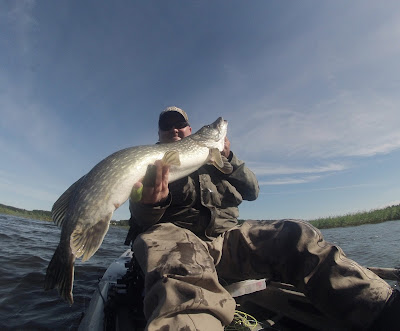 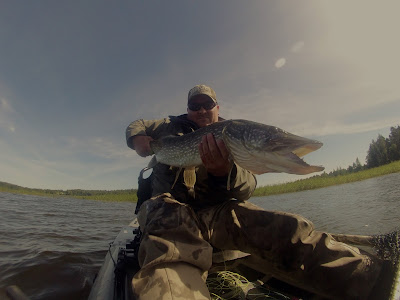 https://www.youtube.com/watch?v=i57o3vcKSvk  A short video of my yesterdays fishing 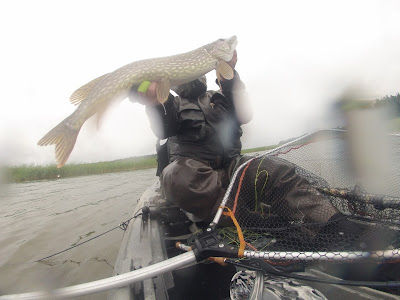 Season best in rain among reeds and lilypads.

Summer season is on and even if I haven't wrote any updates I have been out fishing...fishing for perch with flies but seem to be hard to get one,landed tons of jacks instead on small 4-5 cm flies so nothing actually to write about.

I'm on vacation at the moment so that's why I went out fishing on this Monday in a rainy and windy weather.
Decided to fish on a totally new area and started with Perch.
I fished for couple of hours but landed only two small jacks and because of the weather I was a bit annoyed and decided to paddle to a area I have had some awesome pike fishing earlier,just to get some action,not funny to be cold and soaked and not even catch.
The water was murky in this area because of the wind and normally I would not have even fish here but it was too late to change any plans now and a long way to paddle anywhere else so I started to fish.

This area is pretty small but still if you fish it carefully there's a lot to fish.
It felt a bit strange to use bigger flies again after those small size #6 hook flies but not too long before I managed to get some decent length  in my cast,not even long before I landed my first pike from this area for this season. 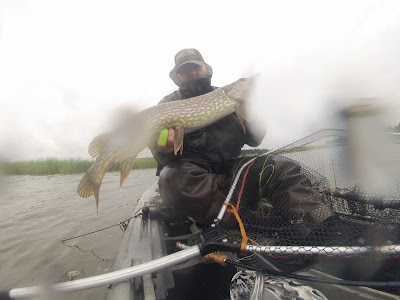 Pain in the ass to get decent pics in rainy weather,couldn't get better than this pic.
I never thought this place could be so good in summertime,very shallow and murky water.
Guess that a lot of baitfish and good places to hide under lilypads and small pocket among all reed is the key that fishing here use to be good. 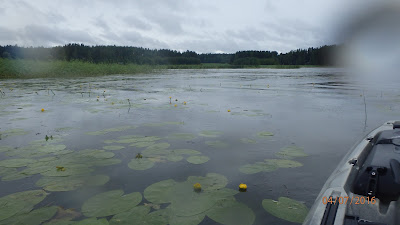 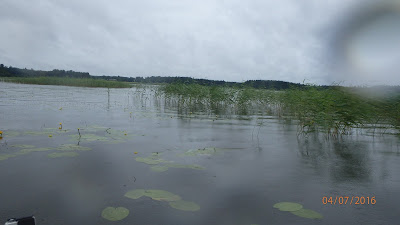 Landed couple more nice fishes and tried to eat something even if my sandwhiches was soaked,but just to keep the focus on fishing. 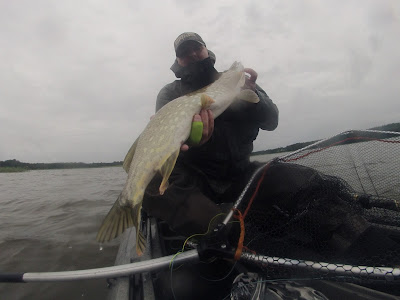 I was good to keep the focus on because just before I was to leave someone attacked my fly hard.
I really struggled to keep this angry bugger in control and when she come up to surface I saw that this was a good fish...+100 cm for sure.
The fight kept on for about 5 minutes,way too long imo,but finally managed to land this beauty and after a quick measuring and some pics she was safely released back where she belong 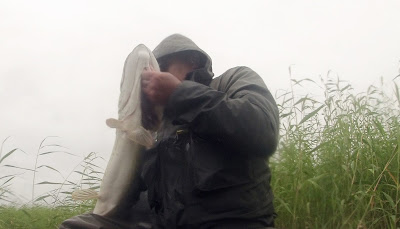 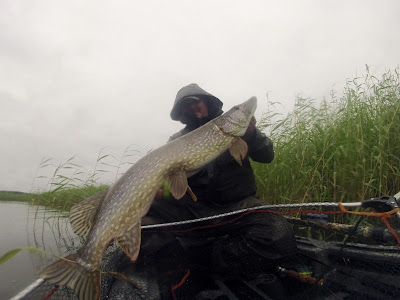 Season best so far.
Gosh it felt good to fish for pikes after couple of Perch sessions.Can't wait to get out again.
Lähettänyt Unknown klo 23.47 1 kommentti: