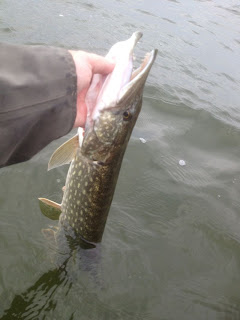 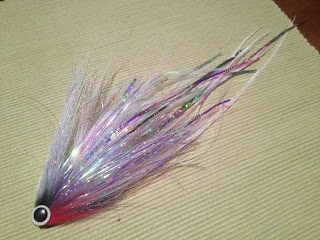 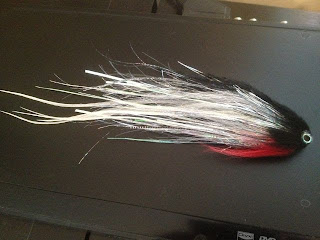 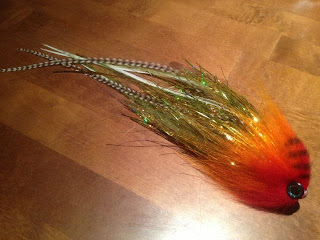 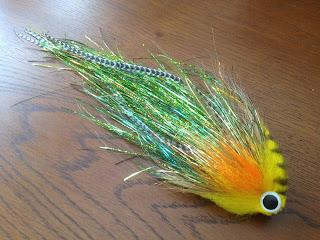 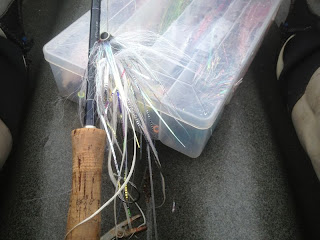 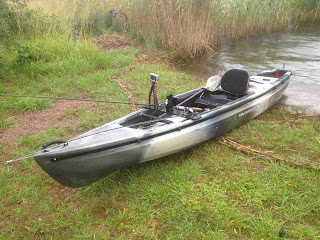 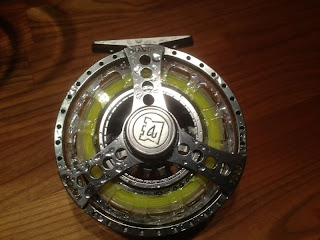 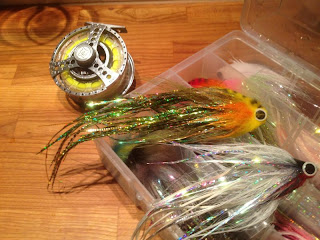 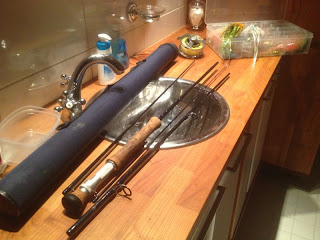 If this would be a fairytale it probably would start someway like: four guys,one target etc,etc but this is a story of last weekends adventure chasing pikes on a big shallow area in our beautiful archipelago in southern Finland.

Me and my brother planned this trip for about two weeks by carefully study maps and finally yesterday I found myself sitting in my kitchen drinking coffee 4.00 am,tired but still felt excited into the bone.
have packed and checked my stuff all week so everything was ready in my car and after three cups of coffee I jumped in my car and begun the seventy km:s drive to the meeting point down at a familiar dock. 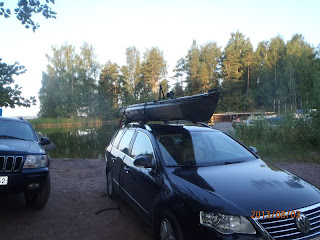 was down at the shore right before 6.00 am,unloaded my car and waited couple of minutes for rest of the guys to arrive with the boat to get me and all my stuff.

Our destination was at the outer islands a very rocky and shallow area so our plan was to go with my brothers boat to a small islet and splashing and paddling around with floating tubes and me in my kayak.
have to say that my brothers boat,a Buster L looked very small with three floating tubes,one kayak,fly and lure boxes,rods,reels,food bags and as a cherry on the cake four more or less excited fishermen in it. 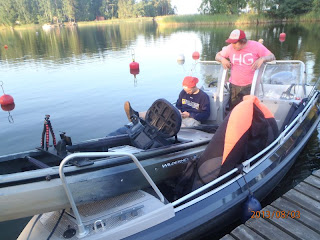 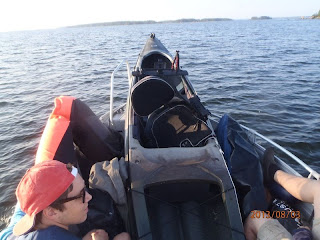 The weather was shitty for fishing,very calm,a small northern breeze,sunny and warm,but we were still hopeful that there would be more wind far out at our destination area.

We arrived to our camp islet about 7.00 and started by unload the boat and loading floating tubes and my kayak,then some coffee and some tactical talk,how where and when we were going to fish. 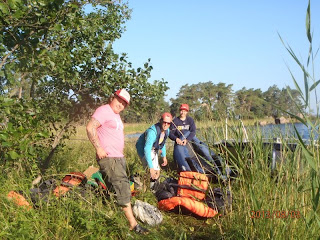 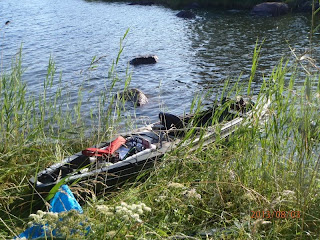 It was a inexplicable nice feeling when my kayak came of the shoreline and slowly glide out from the bay where our boat was. 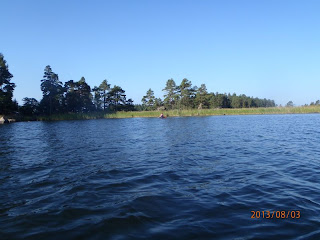 As you can see,no wind,no clouds and I can guarantee you it was warm too.
At this stage I thought that Murphy's law was a heartless,ruthless bitch.Whole week we had rain and wind while we all were forced to work and now.....
Anyway,still hoped for some deeply bending rods because we also had a chance to fish in some deeper water too but there was more to come.

It really was more to come,in form of a boat race close to were we were fishing....Bad karma or something,don't know.
Anyway,started to fish a long shoreline while I let my kayak drift along the shoreline,two,maybe three minutes and I heard/saw my brother land his first one,couple of minutes later I grabbed my first one too,a small one but the game was on.
Couple of minutes later I landed my second one,checked were the other guys was but they were pretty far behind already,decided still to let my kayak drift along the nice looking shoreline.
I went into a large bay with a water depth from 1.3 meters to 3.5 meters and some rocks here and there,reed too,landed couple of fishes but XXXS sized pikes was not was I was looking for,still took some photos. 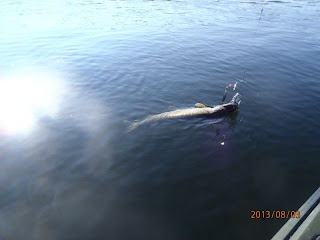 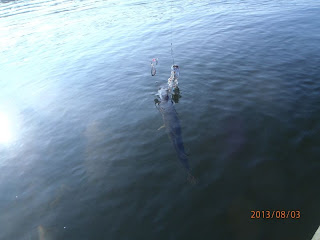 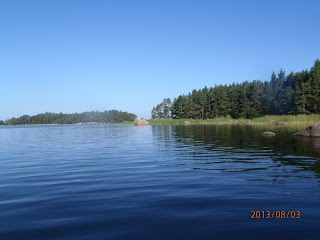 Took a call to my brother but nothing revolutionary there either.
I paddled further down the shoreline until I arrived to a small bay which looked good so I decided to anchor here.
This place seemed to be a good place but only in numbers,not size,caught at least seven,maybe eight pikes and a small pearch too,first one this year I think ? 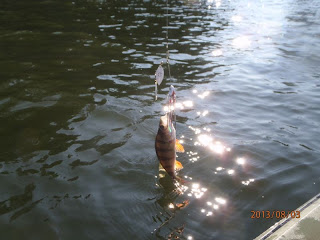 Anyway,to catch small jack's one after one on same spot is not that entertaining I could do for hours when I got a huge area to explore so I lift the anchor and paddled further but not too far before the noice and traffic from the boat race made me turn back,started to fishing the outer area and all small islets of the shoal we were on.
Landed some fishes and took some photos too. 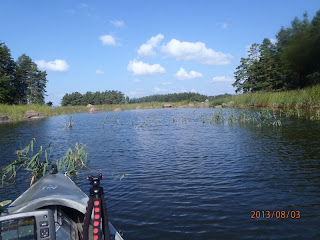 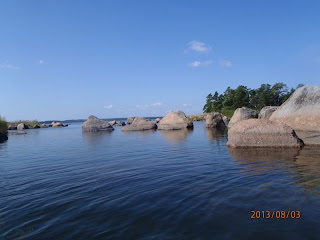 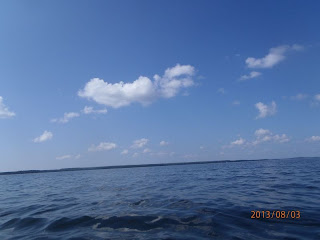 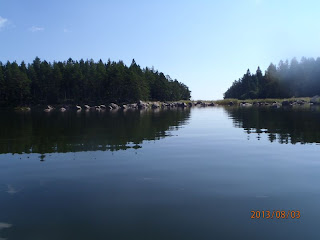 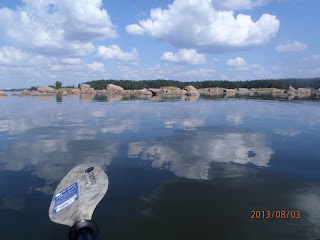 On my way back I met the other guys and we had a break and they told me that no big guns for them either. 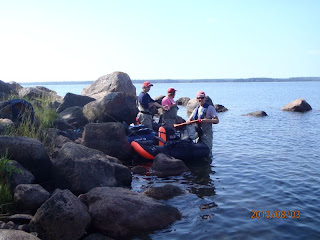 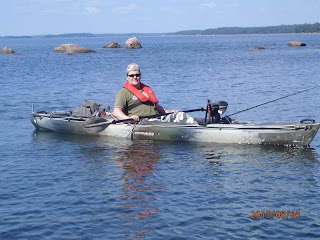 After a break I paddled on the edge of the shoal fishing in much deeper water but no hits at all so after I had arrived to the camp and had me a warm meal I went on my second round fishing more shallow areas again.
After some time I reached the other guys and fished with them all the way back to the camp were we had a short break and started to pack our stuff  back into the boat,eleven hours of fishing resulted in decent amount of pikes,lots of fresh air and experience to all of us.
Murphy's law decided to hit us one more time,when we was on our way back  the wind increased just enough to be at least decent "pike wind".At this stage we just laughed to that.
Next weekend I'll have to work but after that I hope the autumn fishing start seriously.