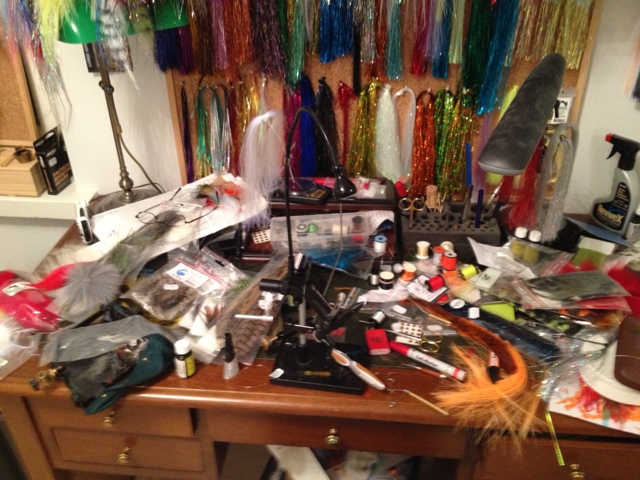 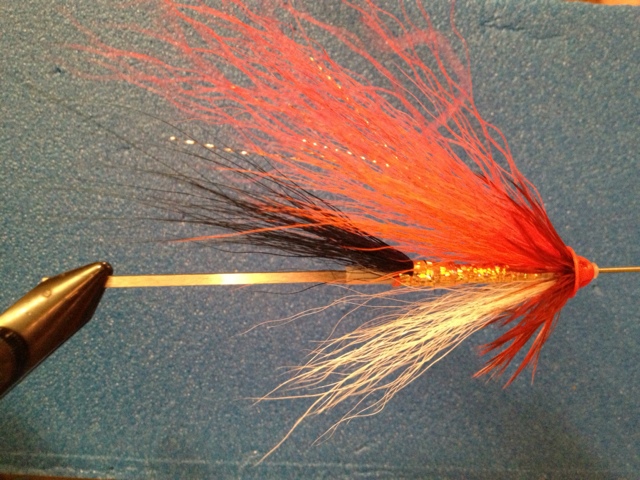 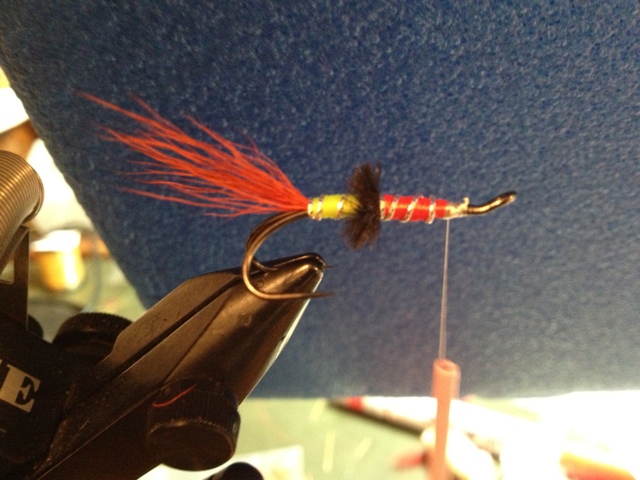 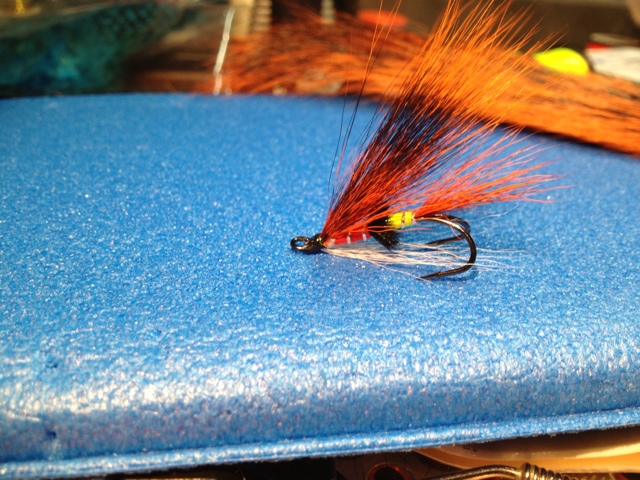 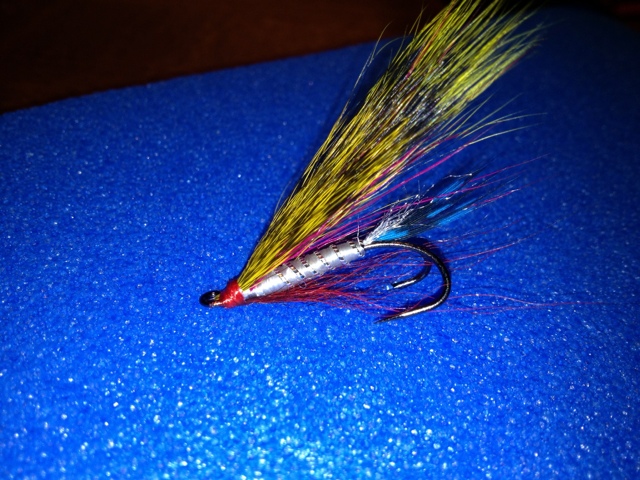 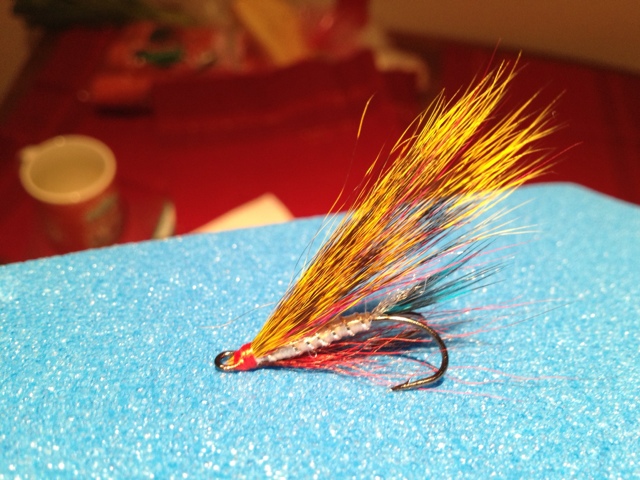 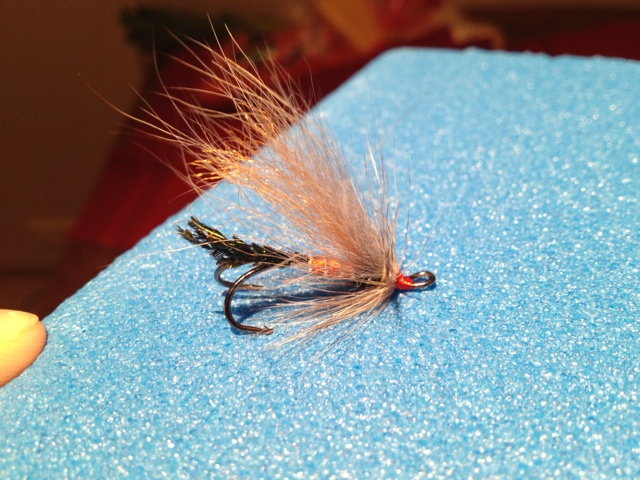 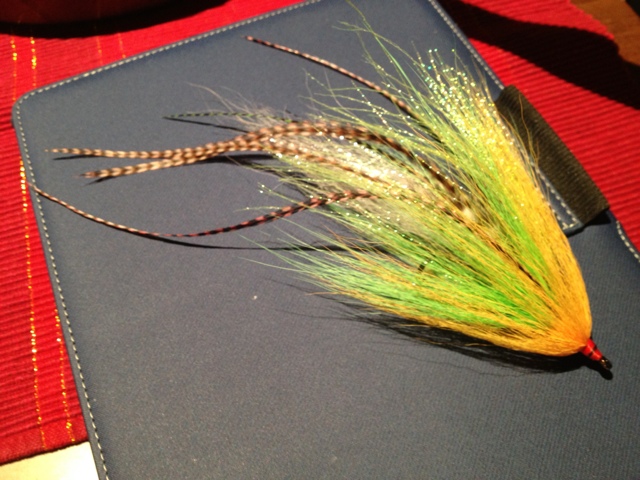 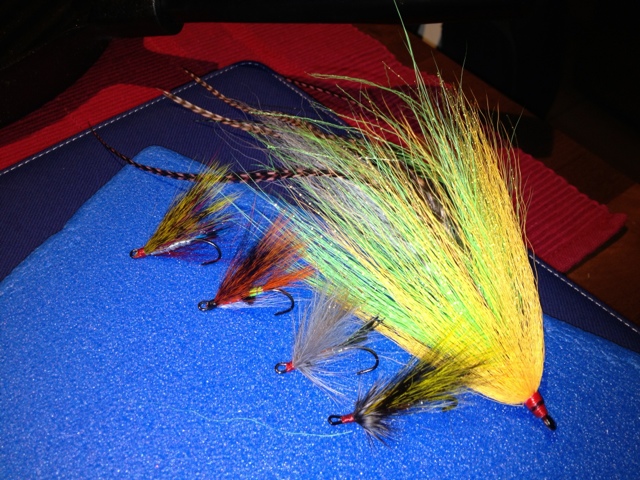 Hello folks.Had some plans for the next season already before last season ended but as so many times before they went totally wrong.
The reason why my plans changed this time was a store with 50-70% of the price and a couple of guys recommendations to try a Double hand rod,after two days of thinking and study I decided to go for it and now I´m a owner of a 13ft,#8-9 line weight rod,I´ll ave never ever tried a DH rod so it might be funny to try one next spring,I have tried to find a reel for cheap but good enough to take 200 yards of backing,a runningline and a heavy skagit line,have some in mind like Vision GT or Nite,also been offered a Hardy Mach as used but don´t know yet witch it will be,the point is that I don´t want to spend a fortune on a reel IF i don´t gonna fish regularly with it.
Here´s the rod with my pike reel Hardy demon 7000. 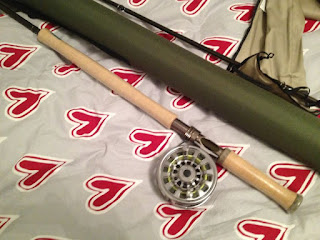 Have also study some flies and ended up that tubes are the way to go but will probably tie some on hooks before spring.

I just have to say that it has been a real challenge to tie small tubes after all those pikeflies big as seagulls but to be honest I´m pretty satisfied with these,I really believe that these could work witch in my opinion is very important,remember when I tied some flies for Seatrout earlier this season and it felt pain in the ass not to have any faith in either the fly or in anything that you do,this time it´s different.

Here´s the flies tied so far. 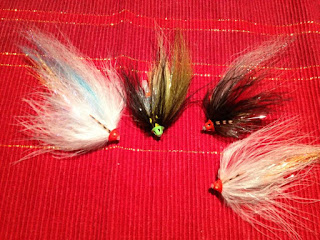 Have a feeling that tying some smaller flies doing good to my tying skills so will probably continue to now and then tie these small buggers too.

But even if I have a amount of 2500!!!! Pikeflies I have also tied some more from my latest inspiration source Muskie serie in Scandinavian style. 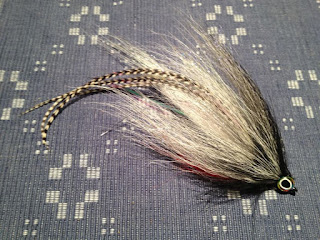 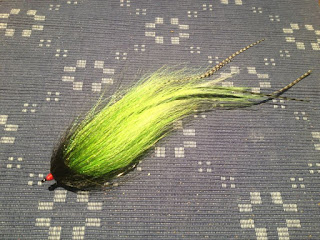 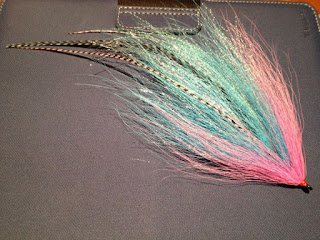 Here´s still one with a size 6 tied streamer so you can see the difference of my pike flies and small streamers.I just have to admire peoples tying skills who tie flies on size 20-28 hooks,I can´t imagine to do that with my skills. 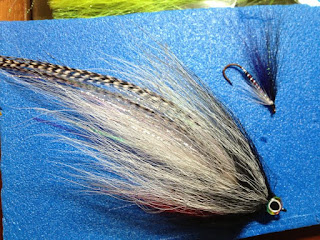 There will be more flies both for Salmon and my main target Pike but it´s kinda refreshing to try something new and suddenly the winter doesn´t seem so fuckin long anymore.
Lähettänyt Unknown klo 11.21 1 kommentti:

Sorry for no posts for a while,it´s just that I have been so busy with different things,some of them has to do with fishing and some of them not.
Anyway now we have come to Christmas Eve and it´s time sit down and relax with family and friends,eat some good food.

Will be back soon with some new ties and plans for the next year so stay tuned.
Lähettänyt Unknown klo 7.33 1 kommentti:

Only two weeks behind without fishing and I'm already having withdrawal symptoms,don't know why this winter seems to be very hard,much harder then before,I mean...I'm here but I don't feel I'm living.
It seems to be a long winter this year,we had our first snowstorm here last week with wind up to 35 m/s and 40 cm:s snow.
This week hasn't been much better,not so much snow but -15 degrees cold.
I have tried to cure myself with fly tying but....I don't know.....I'm not in right mood for that either right now,thank god christmas is right behind the door so I get something else to think about then feel sorry for myself.
Can't find more to nag about,have to wait for the feelings to calm down before I will do some kind of a summary of this season and some maintenance to my reels and to my boat,washing my lines Etc,Etc...also time to repair all things at home that has been with less attention like to paint my fireplace.
That's all for right now,here is some latest ties which have to wait a long time before they will be introduced to the judges next spring. 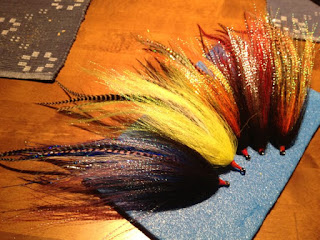